Media Buying Briefing: ‘Accountability is just going to spread’: Agencies agree carbon-neutral goals are a must 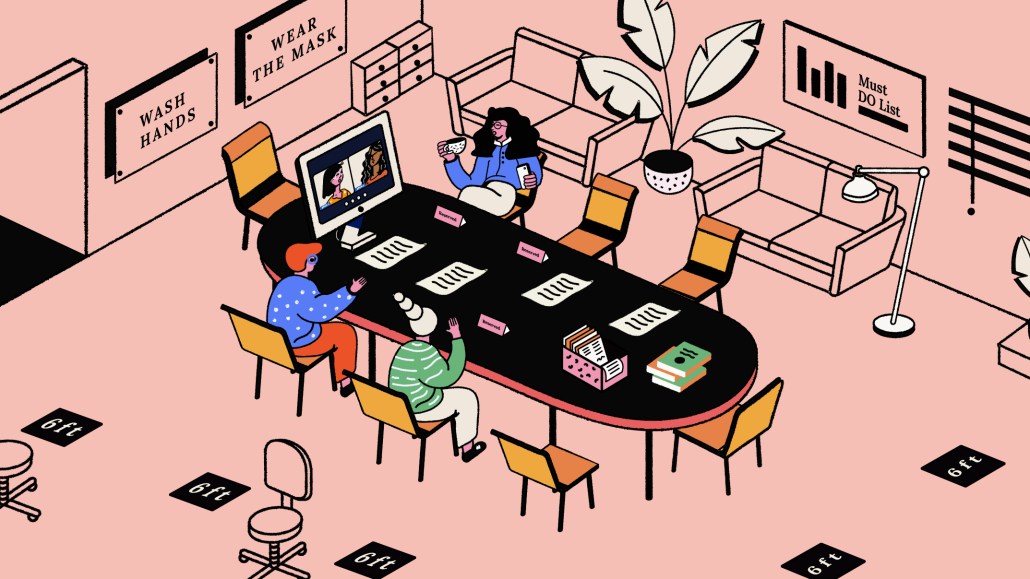 Stories of epic wildfires, destructive hurricanes, and diminished potable water supplies dominated news headlines throughout the summer — all the indisputable results of the effects of climate change on the environment. So it’s no coincidence that stories of companies looking to reduce their environmental impact on the planet have populated business headlines — and that includes some of the biggest marketers like Procter & Gamble, Unilever and major automakers.

Likewise, agencies are looking within their own operations to minimize their impact on the environment, and interestingly those advances are happening both at the holding-company level as well as at grass-roots independent agencies. In fact, it’s the little independents who believe their efforts can have a bigger impact than the giants, citing their effect on small businesses that make up 44 percent of the U.S. economy.

“The more people see small companies like us — communications agencies, media agencies — making this step, the more people will look around and say, ‘If they can do it, we can do it,’” said Ann Powell, founder and brand/creative director of agency Powell. “Looking at media and other organizations, I think that accountability is just going to spread, and hopefully roll out and up.”

Powell and several other agencies are among about 50 customers of a company called Green Places, which is helping small businesses develop turnkey carbon-neutral solutions. Based in North Carolina’s Research triangle, Green Places was launched by entrepreneur Alex Lassiter, who uses a formula developed by the University of California-Berkeley’s Cool Climate Project to determine the carbon footprint of a business.

Lassiter said he can do in a day what many environmental consultancies take months to figure out for clients, then charges his customers a nominal fee (mostly in the low thousands of dollars) to offset their footprint by investing in “high-impact” carbon-reducing things, like planting trees, constructing easements, carbon-removal, or supporting clean energies. Green Places’ strategies are those that are easy to implement to reduce footprints, from minimizing air travel to placing surge protectors in every wall — or connecting to a solar provider.

“The environment is part of the corporate tent of responsibilities, just like [their] responsibility to employees and shareholders,” said Lassiter, whose customers range from five-employee small businesses to 1,000-person firms in 20 states and Canada.

Michael Hubbard, CEO of independent media agency Media Two Interactive, said he was surprised at how affordable going carbon-neutral was. “I was expecting a very sizable investment,” said Hubbard. “Why is everyone not doing this? It’s so simple. Corporate America, you’re making money and no matter how small your business is, you can afford to do this.”

Lassiter said he’s encouraged that agencies are among the leaders in going carbon neutral because they can play the role of influencer on other businesses. “They’re so attuned with what customers and employees want because that’s what an agency does — understand consumer behavior,” he said. “That should be a signal to other businesses that there’s some real stuff here, this is a big issue. This is a way to speak to your customers in a way that matters to them and builds brand loyalty.”

Meanwhile, at the holding company level, goals have been set and commitments have been made, but it remains to be seen how they will follow through. Current and prospective clients are putting on the pressure by making sustainability a new topic of discussion in RFPs — including Unilever’s recent media review, which handed out assignments to most of the major holding companies just a few weeks ago. It’s been one factor in holding companies making bold pronouncements, as WPP did on Earth Day, saying it plans to be carbon-neutral by 2025 while pushing media partners to pursue similar goals.

But there’s also internal pressure at agencies to pursue environmental goals. “Not all good ideas come from the top,” said Karen van Bergen, who was named Omnicom’s chief environmental sustainability officer in July, on top of her role as dean of Omnicom University, reporting directly to Omnicom CEO John Wren. “We need to look at what individual markets and agencies have in ideas. I intend to garner all that input and create a group of passionate leaders who will have great ideas that we can implement and scale across Omnicom.”

Van Bergen also noted environmental efforts within an agency can help acquire and retain employees. “It’s a strong connector to our talent because talented people want to work in an environment that has a purpose,” she said.

It won’t just be the agency world that benefits if those purposes are met and achieved. Here’s hoping it’s not too late.

Since Hispanic Heritage Month began last week, it’s worth looking at the latest stats on Latin American representation in the U.S. Claritas this week is releasing its annual Hispanic Market Report, which shows 19.2% of the current U.S. population is Hispanic, the fastest-growing ethnic segment in the country.

“Many retailers will be struggling to fill their shelves for the holiday season. Hard-to-find items will include sneakers and anything coming from places like China and Malaysia. There will be some amazing deals once the shipping containers are unloaded, but that may not come until January or February or March.”