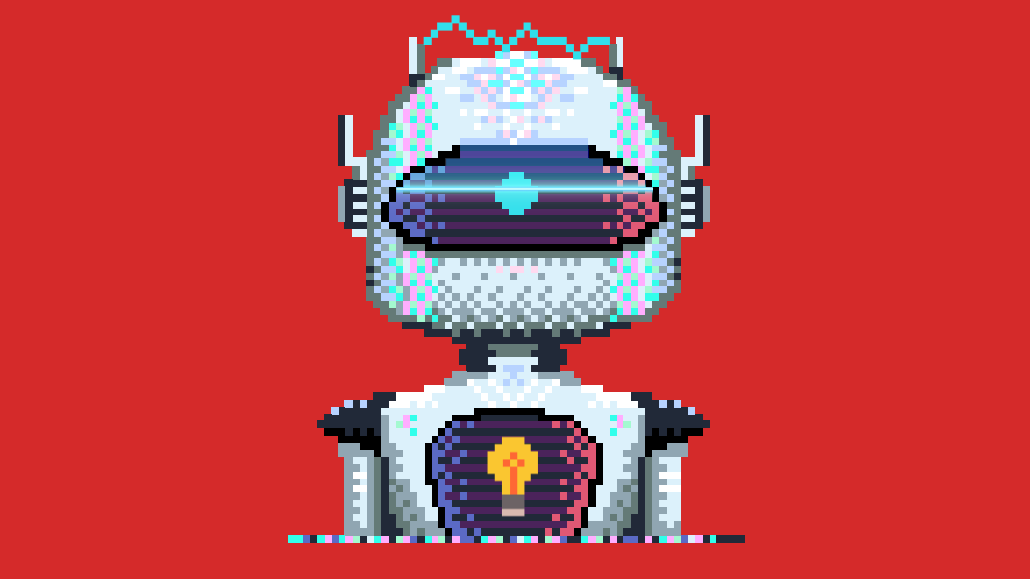 This article is part of a 10-piece Digiday series that explores the value of NFTs and blockchain technology. Explore the full series here.

This story was originally published in January 2022.

A slew of new buzzwords were inducted into the media industry dictionary last year, including “the blockchain”, “NFTs”, and “metaverse.” All of which made room for another term: the all-encompassing “Web3,” which is the latest label to describe this next era of the internet. It’s unclear whether publishing execs are aware of just how much these concepts will impact their businesses.

It’s unclear whether publishing execs are aware of just how much these concepts will impact their businesses.

Significant experimentation occurred in this space in 2021, however, these new technologies and use cases are still in the early stages of development, so it is unclear how intensely the transition to the Web3 era might disrupt the way business is done. After all, when Web 1.0 became Web 2.0, it seemed to do so without announcing itself.

In all likelihood, the transition to Web3 will happen gradually and in stages. More users will begin investing in crypto, virtual wallets will be built and and businesses will enter the metaverse and adapt to follow their consumers’ lead.

Web 3.0, or stylized as Web3, is the label being applied to a decentralized version of the internet that would be jointly owned by the users and the builders. Essentially, this is the antithesis to how centralized platforms like Apple, Google and Facebook operate, by monetizing data extracted from users on a daily basis.

The term “Web3” was first coined in 2014 by Gavin Wood, a co-founder of the Ethereum blockchain, when referring to the concept of a decentralized, blockchain-based internet, according to a Wired interview with Wood.

In Web3, users own their data and online presences, and that information is shared with different websites and platforms that they access, thanks to interoperability. What’s more, users can monetize their data how they see fit.

For example, someone navigating to a publisher’s site could log in automatically with their crypto wallet that’s linked to their browser and offer up a predetermined set of information about themselves in exchange for a micropayment of cryptocurrency from the advertiser looking to obtain that information. In this case, users have a more proactive role in knowing — and agreeing to — what data is shared.

On Web3, “your access credentials are not based on a username or password, but is based on cryptographic proof of you are who you are,” and that proof is the same for any and all websites or platforms users access, according to Erick Calderon, founder and CEO of art-based NFT marketplace Art Blocks, who spoke in a panel about NFTs at CES earlier this month.

Web3 itself doesn’t necessarily exist as a new browser. People can access Web3-based websites using the same browsers they use today. So while Web3 sites are being created using blockchain software, they are accessible just like Web2 websites, generally speaking. And crypto enthusiasts are already accessing aspects of Web3 when transacting via cryptocurrency and purchasing NFTs.

The origins of Web3 are actually rooted in Web 1.0, which was the version of the internet in the 1990s and early 2000s that effectively limited users to searching for and reading content on static web pages.

“What Web1 ended up succeeding in doing was democratizing access to information,” said Amanda Cassatt, co-founder and CEO of Serotonin, a Web3-native marketing firm and product studio. “It lowered the threshold at which information could be available to everyone equally,” like Wikipedia, for example.

Web2 then came along in the mid-2000s, and if Web1 was the era of the open web, then Web2 was the era of the closed platform. Businesses using the Web2 model essentially co-opted the open access to information and turned it into an advertising-based business model, Cassatt continued.

Web2 became a system of “closed environments that monetize individual people’s data and, in turn, advertise to them, manipulate their behavior and try to monetize them in every way possible, but in a way that locks them out of the cash flow,” which is what Web3 is trying to rectify now, she said.

In a way, Web3 heralds a return to the Web1 era but expands it beyond the browser-based web to the broader internet that spans mobile devices and connected TVs and gaming consoles and, yes, VR headsets.

A prime example of Web3 resurrecting elements of Web1 is payments. The original source code of the internet included the capability for transactions to users, but this capability was never implemented, according to Cassatt. This means that people contributing information online would have been able to receive a payment for their participation — such as contributing to Wikipedia — but as we know, that never actually happened. (A record of this capability can be seen today as a “402” error in HTML code).

The missing payment layer from Web1 caused internet users to be cut out of the advertising cash funnel, allowing publishers, advertisers, retailers and all other members of this advertising funnel to retain all of the money spent in this market, Cassatt continued. Web3 is now working to add on this payment layer, which will reward users of Web3 for contributions to websites, engaging with content, shopping, viewing advertisements, and more.

“A user in Web3 expects to be rewarded and aligned with a product that they’re using. They aren’t at arm’s length anymore. They want to be part of it,” said Cassatt, who also previously served as the CMO of ConsenSys, a blockchain software company that helped bring the Ethereum blockchain to market.

How is Web3 different from the metaverse? And how does the blockchain play into all of this?

Web3 is really a descriptor for the infrastructure that is being built through blockchain technology that in turn is serving as the foundation of the metaverse and the base on which metaversal platforms will be built.

The metaverse (in its current form and in future iterations, as it continues to develop) consists of multiple platforms, like Roblox, Meta’s Horizon, and Fortnite, and each of those platforms uses the decentralized, blockchain-based internet to underwrite the technology that these metaversal platforms need to connect its users with each other as well as connect with other platforms.

Read more about the metaverse here:

What will this mean for the media and marketing industry?

As Cassatt said earlier, the user is going to expect more from companies in the Web3 world. They will want to be rewarded for their interactions with a product, but they will also expect to have a say in the product itself and make decisions about the company’s growth, which is called governance.

The advertising model that is currently known to the media and marketing industry is also going to be tested.

“Advertising is not going to be the core way that Web3 businesses make money. However, the idea that there will be advertising in some contexts in Web3 is perfectly appropriate,” Cassatt said, just on a smaller scale. “Individual users will have more control and the idea of psychological behavior modification by distribution platforms is going to be rejected.”

How can a company establish a presence in Web3?

Companies could wade into Web3 door by buying an ENS domain, or an identifier on a blockchain that would give you access to a domain name on the blockchain that people can easily identify and find you. Similar to a URL address, this can be your company name that ends in .eth rather than .com.

Like the feature image? You can own it! Each of the robot avatars featured in this series is an NFT available for purchase on our OpenSea storefront. All of the earnings will be donated to the non-profit organization Sandy Hook Promise. Digiday is using this NFT drop to gain first-hand experience in creating and minting NFTs in order to get a better grasp of these digital assets and inform future reporting. Learn more about why we’re experimenting with NFTs here.