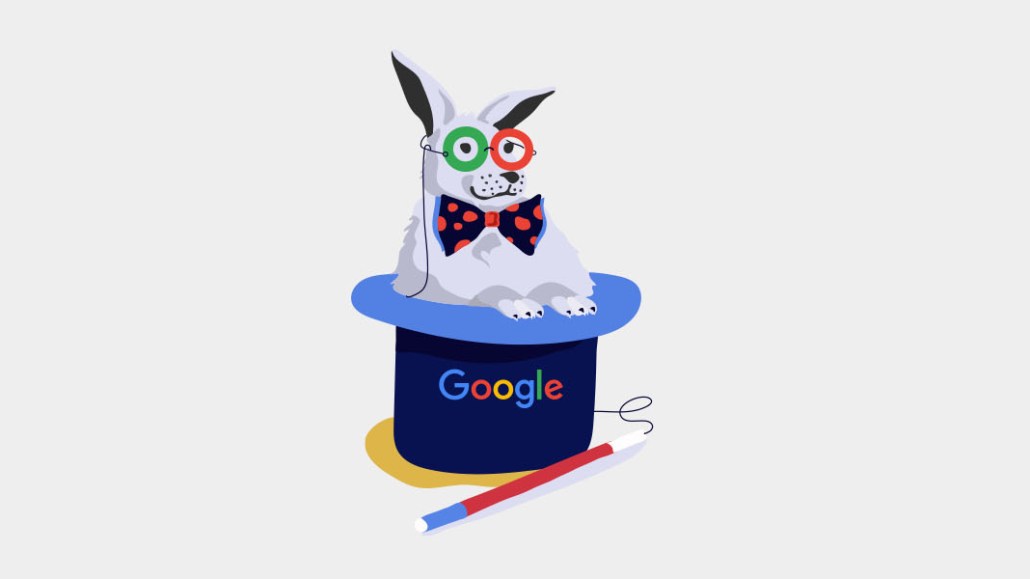 As signals that show how people interact in Apple environments and other browsers disappear, Google is steering advertisers away from measuring ad performance based on what people clicked on last. But the company could have an uphill battle when it comes to convincing some advertisers that its shift to an approach using analytical models to gauge ad results is better.

And, for all the company’s hoopla over privacy-protective measurement, Google can be expected to continue coaxing advertisers to prise open their customer data vaults even wider to make its new methods work well, something some digital ad execs said is a step backward for privacy.

It’s a really difficult thing to explain to your board of directors that there’s a new way they’ll have to measure their business.
Andrew Richardson, Tinuiti

Google said Monday that it will switch its default measurement method for its search, shopping, display and YouTube ads starting in October from last-click attribution to a technique that estimates what led someone to convert based on information it does not observe directly. Conversions might include making a purchase or signing up for a subscription, for example.

The company calls this “data-driven” or modeled conversion tracking. It argues that, when combined with its automated bidding process, it can actually deliver more conversions at the same cost to advertisers than its old way because it takes into consideration various interactions people have with a brand before the last click, and employs Google’s special predictive analytics and ad targeting optimization sauce. The plan is to use the modeled attribution approach for all Google Ads accounts by early 2022, the company said.

Clients at Tinuiti have been testing Google’s modeled approaches to automated bidding and measuring ad conversions for the past year or so, said Andrew Richardson, svp analytics and marketing sciences at the agency, which focuses on running campaigns for advertisers on the big digital and social platforms. “If you can put 10% of your marketing budget against testing, you need to get to understanding what those signals are,” he said, but cautioned against a drastic move to use the modeled methods entirely without initial testing.

There are long-held concerns about the inability of last-click attribution to reflect all the media that may have contributed to a purchase or some other conversion, so many advertisers could consider Google’s shift away from the method as a good thing. “Last-click attribution gives an extremely siloed view of performance marketing, that in most cases is just not true. Humans don’t live in online silos, so it doesn’t make sense for our marketing to pretend that we did,” said Farhad Divecha, managing director and founder of digital marketing agency AccuraCast. “The challenge for marketers is being able to compare competing platforms [such as] Google, Facebook and TikTok when each of their data-driven attribution models will be different from the others,” he said.

However, Richardson said a lot of brands that are not digital natives and are accustomed to using last-click attribution might be reluctant to make the change. “I’ve sat in meetings where the CMO is talking to the CEO and they’re trying to get away from last-click attribution,” he said, noting that when companies have used that method to assess their marketing performance, execs may worry it will be tough to explain that their marketing results may be in flux as they use a new system of measurement. “It’s a really difficult thing to explain to your board of directors, a really difficult thing to explain to Wall Street if you’re publicly traded, that there’s a new way they’ll have to measure their business,” he said.

Google’s vp and gm, buying, analytics and measurement for Google Ads, Vidhya Srinivasan wrote in a Sept. 27 blog post that the modeled measurement technique it aims to use to replace last-click attribution “uses advanced machine learning to more accurately understand how each marketing touchpoint contributed to a conversion, all while respecting user privacy.” But Google relies on the identifiable data it has about its vast user base to help improve the accuracy of its modeled measurement approach. “Our high signed-in user base allows our sophisticated modeling techniques to operate independent of cookies or other identifiers since we can infer a rich set of behavioral dataset[s] across a representative set of opted-in users,” the company notes in documentation about how modeled conversion tracking works.

Meanwhile like Facebook and other companies, Google is trying to maintain advertisers’ ability to track and retarget people across websites and directly measure campaign performance as third-party cookies die out and Apple implements stricter data privacy controls. So, while Google touts the privacy-related aspects of its modeled measurement, it aims to gobble up more and more customer data from advertisers, not only to directly measure logged-in users, but to feed its bidding and measurement models. Indeed, the company itself says in its conversion tracking documentation that “The more observable data, the better the model quality,” and it is encouraging advertisers to help it get that observable data. One way is through its “enhanced conversions” measurement process, which requires advertisers to supply first-party customer data such as email addresses, names, home addresses, and phone numbers.

A Google spokesperson told Digiday its enhanced conversions method only uses data that has been consented and provided to the advertiser and is in line with the company’s commitment to privacy-centric measurement solutions.

But others question the privacy commitment. “Historically, you couldn’t quite share user data with Google in such a manner,” said Divecha, who added, “‘Enhanced’ conversions almost feel like a step backwards from a privacy point of view.”

Google’s modeled approach helps simplify measurement, “particularly for smaller advertisers who may not have enough data to build reliable data-driven models,” said Steve Zisk, senior product marketing manager at customer data platform firm Redpoint Global. “But this ‘simplicity’ serves Google itself as much as the customer, providing a larger set of data for Google’s algorithms.”

And, as advertisers rely on Google to build accurate models to measure their ads, they also have to trust those modeled numbers. Advertisers should use caution and consider even some basic means of validating them using other information when looking to Google as the be-all-end-all performance barometer, said Richardson.

“Ideally,” said Zisk, “Google would increase transparency by showing how different aspects of customer journeys contribute to conversions, and how their models can accurately reflect actual journeys and conversions.”