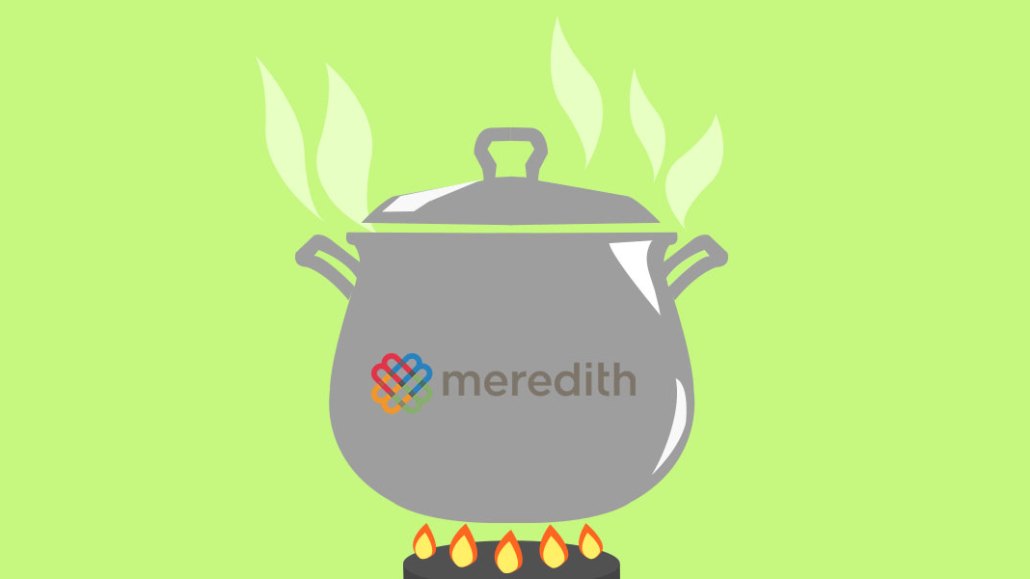 Advertisers are hungry to connect ad spend to consumer purchases, and publishers want to grow their non-advertising revenue. Meredith is trying to serve up products that address both problems.

The women-focused publisher partnered in March with eMeals, a subscription meal-planning app, where editors from Better Homes and Gardens, EatingWell and Allrecipes contribute meal plans and recipes to the app in exchange for a portion of subscription revenue. People can click to buy the ingredients in those recipes though grocery stores or delivery services.

Last fall, Meredith integrated AmazonFresh into some recipes in the meal-planning section of Allrecipes, which lets readers click to add groceries to a shopping cart. It plans to add some of these capabilities to its other lifestyle sites as well as the food titles it got through the acquisition of Time Inc.

“Over the last year, we’ve really started to think about our content as much more solution- and utility-focused,” de Rubertis said. “We’ve started to position commerce — and making that commerce dead easy — as a fully integrated component of the content itself.”

First, Meredith made individual recipes on some of its sites commerce-enabled. Then, it started to grow the revenue from its food content by expanding individual recipes into meals and meal plans, which can dictate an entire week’s worth of food for a family.

The titles’ commitment to growing consumer revenue extends beyond Meredith’s sites. To promote the launch of eMeals, for example, Meredith used content marketing on its own sites, social promotion and full-page ads in the participating titles’ print editions.

Selling advertising is part of the strategy. Advertisers can sponsor the recipes themselves or run contextual ads against ingredients. The site’s editorial team chooses the ingredients in a recipe. But Bertolli, for example, could pay to become the olive oil that’s added to the cart when someone decides to buy the ingredients for eggplant parmigiana.

While customers can add different products to their cart before checkout, the initial placements tend to stick: 80 percent of the brands included in the sites’ preselected shopping lists remain through checkout, de Rubertis said.

Letting advertisers buy their way into consumers’ shopping carts gives Meredith access to advertisers’ shopper marketing budgets, which have mostly been stuck in coupons and physical media that most publishers haven’t been able to access.

To tap those budgets, Meredith in 2015 acquired Qponix, a location-specific grocery and shopping platform. In the fall of 2016, it partnered with The Trade Desk to launch a programmatic shopper marketing network.

Those systems have evolved to the point that Meredith’s titles can deliver specific audiences for marketers. “Meredith has been working on this for years,” said John Wagner, the head of published media investment at PHD. “If you want to do something as specific as a Kroger-only opportunity, they can figure that out.”

These moves are part of Meredith’s effort to show food companies that it can drive purchases. “This is changing the conversations we’re having with agencies,” de Rubertis said.

But being shoppable doesn’t solve every food advertising challenge, such as those of smaller food companies, for which getting distribution in brick-and-mortar stores is a priority. “Shoppability is such a hot word right now,” said David Tucker, the head of strategy at media agency SwellShark. “But part of why [some brands are] advertising is to expand their distribution.”