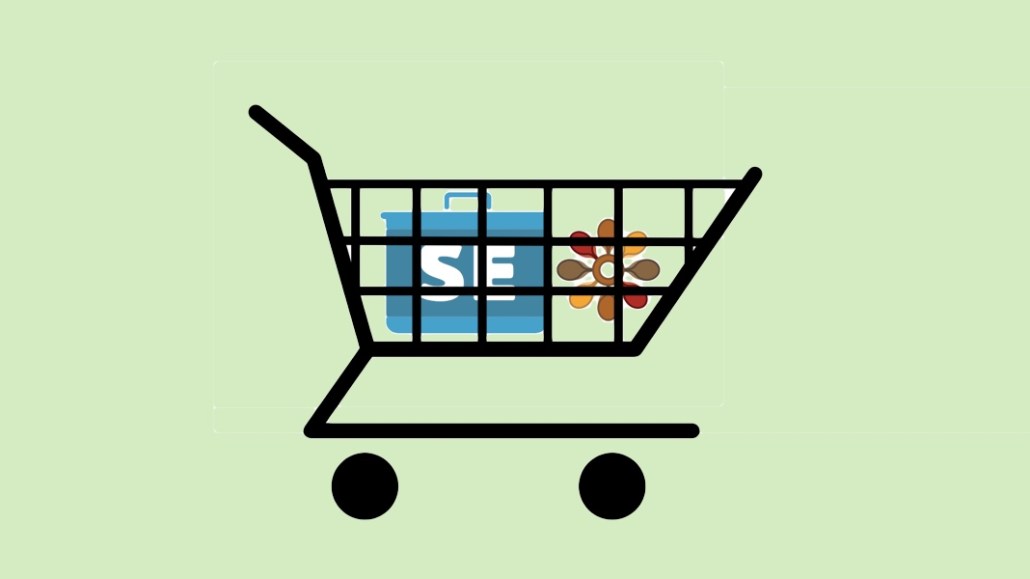 Serious Eats and Simply Recipes, which are both owned by food-focused Fexy Media, made a deal with Amazon that makes some of their recipes shoppable through Amazon Prime Now, Amazon’s fast delivery service. Amazon Prime customers in 30 cities can click a button at the foot of a recipe on Fexy’s sites to add the ingredients to their carts, which will be delivered within two hours. Fexy gets an portion of each sale.

Those recipes and specific ingredients can also be sponsored by brands, which can amplify their presence on the recipes and sites with display advertising, pre-roll within videos, branded content and other integrations. Brands can also buy their way into a widget at the foot of these recipes called “You May Also Need,” which suggests additional products or ingredients. The program secured multiple launch advertising partners, including Mission Foods, which is sponsoring specific ingredients, specific recipes and items for “You May Also Need.”

Fexy’s deal with Amazon is part of a shift by media companies to move into performance marketing, where they can show they are capable of driving sales and other business outcomes for brands and retailers.

“This allows us to connect the inspiration at the top of the funnel to the end cap in the digital aisle,” said Fexy Media founder and co-CEO Cliff Sharples.

Fexy and Amazon tested the system during Thanksgiving 2016. That led both companies to build a system that would match ingredients on the Fexy sites to ingredients on Amazon Prime Now, which could in turn be mapped to the grocery stores that fulfill Prime Now orders in the cities it operates in.

For now, the integration is confined to recipes that are popular during the Thanksgiving and winter holidays. As the season changes and Fexy and Amazon learn more about consumer preferences, Sharples said the plan is to make all of both sites’ recipes shoppable.

Fexy is not the only food-focused publisher to make its way into Amazon Prime Now. Meredith-owned Allrecipes announced a meal-planning integration on Nov. 16 oriented around its top-performing dishes, which allows consumers to order food for many days’ worth of meals through Amazon. But for now, Fexy’s sites are the only ones selling advertisers on the prospect of an integration.

Sharples said the Amazon deal gives Fexy access to consumer goods marketing dollars that historically haven’t gone to digital publishers, like retailer-specific coupons and in-store advertising. Those expenditures, which live under the umbrella of shopper marketing, accounted for 13 percent of CPG marketing budgets last year, according to Cadent Consulting Group. Digital accounted for 19 percent, according to that same research.

“There’s a huge amount of brand budgets going toward shopper marketing,” said Sharples, referring to the money brands spend to make sure their products are easily seen by shoppers at the shelf level. “That world is starting to come to the digital side.”

When and how that happens is unclear. “Grocery is inherently a habitual category for people,” said Tim Laseter, a managing director in the operations practice of Strategy&, the management consulting arm of PwC. “People don’t change their store very much.”