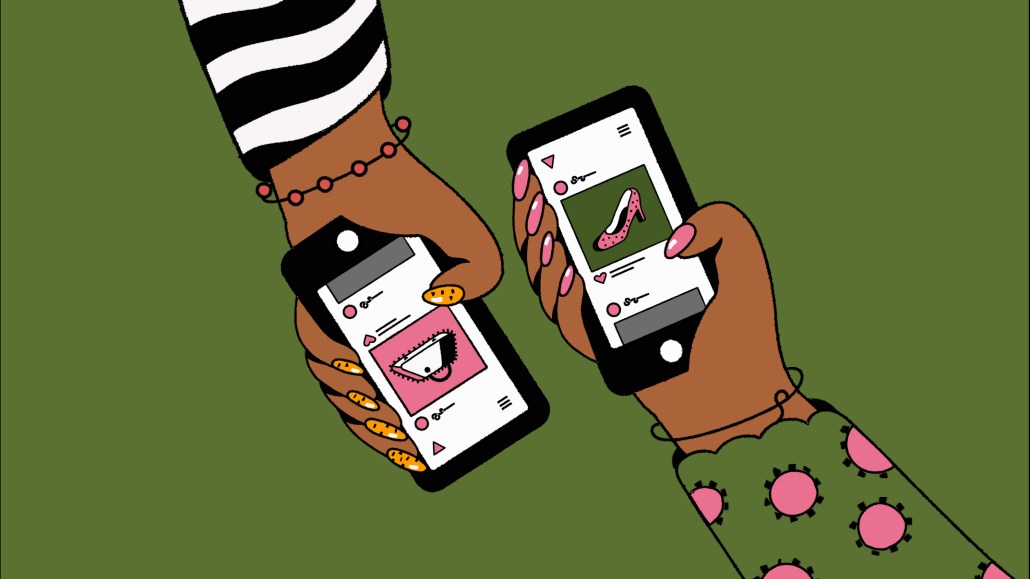 BuzzFeed is the latest media company to start experimenting with livestream shopping (aka the new, digital version of QVC) as the next big opportunity to maximize its ecommerce business.

During the pandemic, online shopping boomed as stores closed and consumers were stuck at home, and publishers dove head first into developing their affiliate ecommerce strategies and building online shopping hubs — BuzzFeed included. But after watching retailers in China find success with livestream shopping, and identifying other players in the space, like NTWRK, which have gotten younger consumers to come around to the idea of appointment shopping, media companies are realizing there is more money to be made in online retail.

BuzzFeed now finds itself in an opportunistic position in the livestream space, thanks to its ability to combine its affiliate commerce business, its product licensing business and its video production studio business to create hours-long programming that highlights shoppable products to its audience.

“QVC and HSN are like two of the largest platforms that have been doing live shopping for decades so we definitely know the [livestream shopping] behavior exists [in the U.S.],” said Nilla Ali, BuzzFeed’s svp of commerce, “but what we’re super keen on cracking is how do we unlock that same behavior for a new generation.”

Since the beginning of the year, BuzzFeed has put on more than 50 livestreams on Amazon Live (the online marketplace’s shoppable livestream offering), which ranged between one and three hours in length, with 90 minutes being the sweet spot, according to Ali. For Amazon Prime Day in June, the publisher hosted a 16-hour-long livestream that generated over 1 million views across the main Amazon Live video as well as on the syndicated stream on Facebook Live, she said.

Ali declined to disclose the number of sales that have been transacted during the company’s livestreams, but said that it was meaningful enough that this is a business model her team is doubling down on this year.

One of the biggest barriers to entry with livestream shopping, Ali said, was finding a platform or a tech stack that would enable easy transactions that would not pull away from the programming, which is why her team is working with Amazon Live. The plan is ultimately to build a livestream platform that will work on BuzzFeed’s owned and operated sites, but there are no set plans for that launch yet.

Ali also would not disclose the terms of the partnership, but noted that revenue share models are traditional in the livestream space. She cited big branded content opportunities for advertisers looking for bottom-of-the-funnel KPIs from this type of campaign.

For the time being, Ali said BuzzFeed’s biggest opportunity lies in content programming, which starts at the storyboarding phase and goes all the way to producing the actual livestream. Given that the publisher has its own production studio and a collection of homegrown talent it has brought up through its own editorial series, she said BuzzFeed is at an advantage for producing entertaining, non-scripted content that will keep audiences watching and ready to buy.

For the 16-hour live stream on Prime Day, the programming included in-house talent Hannah Williams, who had her kids unboxing items from the sale that they picked out, while another creator redecorated her apartment in real time using items available in the sale. And in order to attract more Gen Z shoppers, Ali said TikTokers and Instagram influencers have been invited on as well, in hopes that their followers come to the livestream for further amplification.

While Amazon Live and Facebook Live are the only platforms that BuzzFeed has experimented on thus far for livestream shopping, Ali said that social amplification pre-event and during the stream is a major marketing tactic being used to drive more awareness to new platforms.

However, some brands and retailers have begun experimenting with a less formalized version of livestream shopping on other social media platforms.

Instagram Live and TikTok Live are also allowing brands to showcase items while interacting with consumers, but they do not have the check-out functionality on either platform that gives people the chance to purchase in-program. Instead, some brands offer discount codes or incentives to drive customers to their websites from the livestream, which creates excitement but also gives the brand the ability to track the livestream’s success, according to Ben Zettler, a digital marketing and e-commerce consultant and founder of Ben Zettler Digital Media.

Zettler said none of his clients have had “crazy levels of success” yet with this model to make it a core part of their business strategy. But he added that he sees this as an area of opportunity for any retailer or product category, so long as there is a hook to get consumers excited about pressing the buy button in the moment.

Product drops, which release a small number of limited-edition items on a first-come, first-serve basis, are “where you can create hype and excitement,” said Zettler. This, combined with the assistance of publisher programming and access to those audiences, is where the success will come into play, he added.

“The nature of live shopping — you’re asking a consumer to pull out their credit card and buy something without having the time to think about it or research it or go through the typical consumer journey before you make a purchase,” said Ali. “When needing to compress the buying cycle, you need to give consumers a reason to take action that quickly.”

While it is too early to talk about the potential of combined Complex and BuzzFeed commerce integrations, Ali said that the Complex audience is already very primed for the product drop model, which is a tentpole of its ComplexCon and ComplexLand franchises.