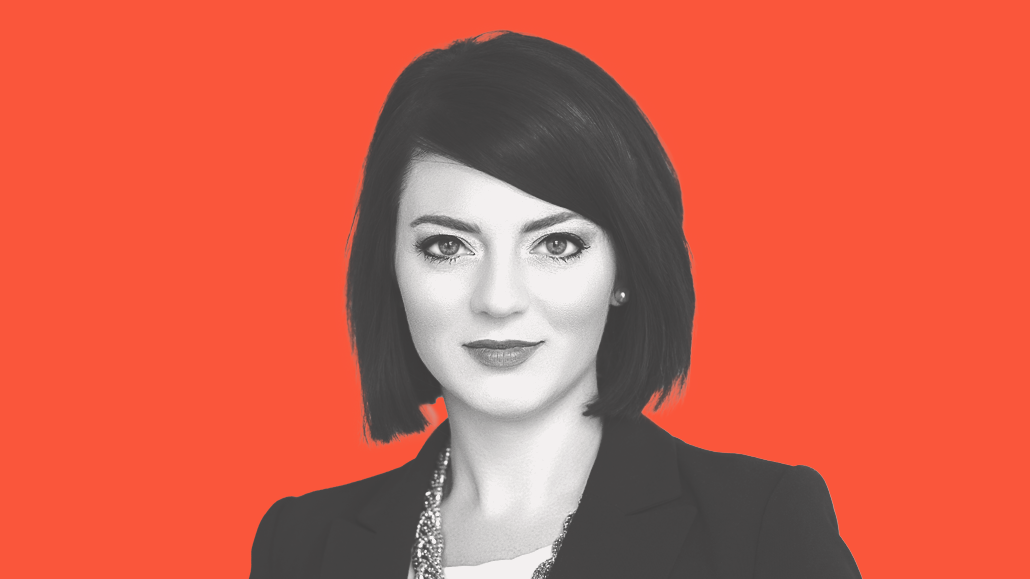 Thanks to the outsized reputation of its founder and chairman, Martin Sorrell, digitally-forward media agency network Media.Monks is well known in global media circles. But it’s the people he’s attracted and the agencies he’s purchased that make the day-to-day operations of Media.Monks feel more like swashbuckling pirates on media seas, challenging the Royal Navy frigates of the traditional holding companies.

Hitting her one-year anniversary right about now is one of Media.Monks’ ship captains (and here’s where I’ll stop abusing this analogy), global head of media Melissa Wisehart. In her own words on LinkedIn last year when she announced her new role at Media.Monks, Wisehart wrote: “[M]y mission is still the same: to gather my army of agency rebels, change agents, misfits and under-represented humans in a sea of sameness to challenge and build the future of media.”

Wisehart took several digital- and social-media roles at Gyro, ShopatHome and Moore before taking on a digital investment senior vp role at 22Squared in 2017. She left at the end of 2021 to take on her current role at Media.Monks, and works with some 2,500 colleagues in media and measurement.

The S4 Capital-owned network recently won global media AOR duties for Unity Games, and Wisehart said several clients within the retail space, fashion and beauty have also been landed that she’s not allowed to identify. “All of those were clients that were looking for new ways to beat the competition,” she said.

In an interview with Digiday, Wisehart explained her approach to investment, the ideal client, how Media.Monks challenges traditional compensation structures, and — believe it or not — her love of talking with procurement people.

The following conversation has been edited for space and clarity.

What have you focused on internally?

We were born out of a lot of mergers, so we’ve spent the last year revamping our entire ways of working internally. We revamped our media planning and strategy process, and we’ve been working on our automation suite in the background. I think it’s going to be big news, when we really come out and share the size and scale of our media practice. But we’ve been kind of intentionally flying under the radar a bit.

How are you approaching the market differently? What’s your unique special sauce?

We have a single unitary investment team. So those same people that several years ago were a programmatic buyer really focused on display are now able to look holistically at a section of budget and look at ‘what am I doing in video, out of home, native, display or audio?’ They are much more dynamic media practitioners, and we can more fluidly move those dollars between channels. Because it’s really leveraging the same skill set, the same tech stack, and the same measurement solutions.

We’re not looking at vanity CPM, we’re not worried about the media arbitrage that we’re participating in, and pushing dollars to this player and that player. We’re really looking at and drawing statistical correlation between what happened in the media universe and what is the downstream business impact. Because our teams function from an optimization standpoint — really optimizing towards the market instead of just optimizing towards the campaign — that’s what our approach is.

We certainly are looking for clients that are going through a transformative exercise and really want to change things away from the status quo or legacy. Clients that would not be great for us: if all you are worried about is a CPM … A lot of clients are unwilling to have that more in-depth, business-oriented conversation. If you’re looking for volume and arbitrage, that’s not us, But if you are looking for transformative growth — maybe you are in a pivotal moment, maybe you plateaued, maybe you really desperately need to change the way that you’re thinking about your business and your media — then we are your [agency].

So how do you address compensation?

100% my favorite thing, actually, is to sit down and speak to a procurement person, and explain to them the way that our contract is set up, or the way that they’re reviewing the cost sheet and comparing it to the brief that their internal CMO gave to us — explain how those things are in conflict. And it’s not just explaining it — I’ll help them set up an engagement with our agency partners to get the best out of the relationship.

If they’re giving us the wrong problem to solve, or hamstringing us too much, yet, they don’t understand why those things are correlated and connected … (By the way, most agencies are incentivized to not make that a smart procurement person) we don’t shy away from that conversation. I think that agencies have done a horrible disservice in really delivering on brands. They’re spending more than they ever have before. And CMOs and brands are more dissatisfied than ever in what their agencies are doing to be their partners in the trenches. So am I willing to have a different conversation with Compass about compensation? Absolutely.

Nobody looks at the role procurement plays in the success or failure of the agency and the brand. And it’s really because they’re coming from two different worlds compensated on two conflicting things. And if we actually can align their OKRs [objectives and key results], the magic that we can unlock for them as a client, and then as a business, actually helps the procurement team.

Thousands of connected TV apps get purged across the Roku and Amazon platforms every quarter, and that total is increasing especially on Roku. Analytics platform Pixalate released its delisted CTV apps report for Q3, largely showing there were far more booted apps than in Q2 across the Amazon and Roku stores. It turns out many of these rejected CTV apps, which included news publishers and entertainment apps, are flagged for privacy reasons or otherwise violated some store policy — and account for several millions spent on programmatic ads. More stats:

“We think that clients are asking for, and we’re delivering on, more of a combination of creative data analysis and media. And that combination is really one of the spheres of growth over at Stagwell. The creation of the Brand Performance Network was a recognition of that … It’s hard for the big agencies to copy this formula. And I think that we’re getting somewhat ahead of the curve … There’s like eight significant pitches outstanding [in which Stagwell is pitching] … that we might not have been in before.”