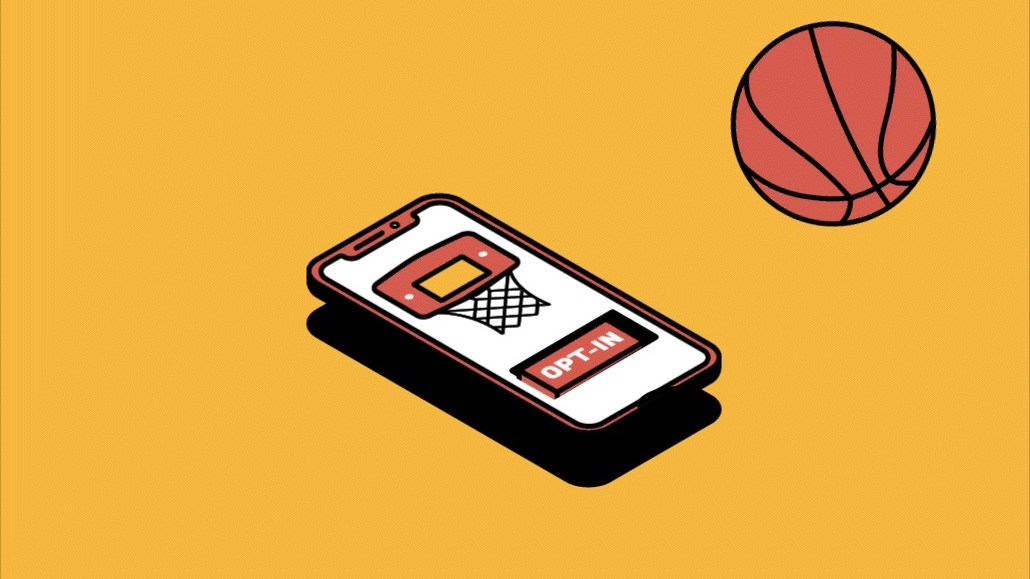 With Goldfish’s latest advertising effort, the brand is dedicating 70% of its ad spend to digital and social media platforms like TikTok and Instagram and 30% to connected TV, according to Janda Lukin, CMO of Campbell Snacks.

That ad spending is to support short-form videos featuring NBA basketball players Boban Marjanović who plays for the Dallas Mavericks, and Tobias Harris who plays for the Philadelphia 76ers. In the videos, the stars and friends show fans exactly how they can eat enlarged crackers, called Goldfish Mega Bites, one at a time with tiny hands the players have put over their fingers.

“The hope is that people will see the ad and resonate with the playfulness that the spot embodies, and if they haven’t had a chance to try Goldfish Mega Bites, to give them a try,” said Lukin. There are no plans to run the ad during games, but execs will focus on how to integrate the material in big moments in the game, Lukin said.

Previously in 2021, Goldfish teamed up with NBA stars for the #GoFortheHandful TikTok Challenge, which asked consumers to challenge Boban to duet with their handful of Goldfish with 25 winners were awarded a special edition autographed “Boban Size” giant bag of Goldfish.

The previous campaign resulted in 10.1 billion TikTok views, 77 million earned media and impressions on Goldfish’s TikTok account, according to Hootsuite data. With that, the brand learned that consumers respond well to simple, straightforward and easy calls to action, Lukin said. “To continue to deliver experiences that feel authentic, playful and personal to our brand we decided to turn a key learning that Goldfish Mega Bites are best savored one at a time and turn it into a new creative campaign,” said Lukin.

It is unclear how much of Campbell’s advertising budget is allocated to the effort as Lukin declined to share budget specifics. According to Kantar data, the brand spent a little over $40 million so far on advertising in 2022.

The NFL, Formula 1 Racing, and NHL are doing creative campaigns to capitalize on the hype generated by their returning seasons to attract their fan base, utilizing social media platforms, out-of-home, and other creative methods with big name brands. A full 82-game NBA season in 2021-22 led to more brands to advertise during the games. In 2021-22, ad spend on nationally aired NBA games was estimated at $449.6 million, up from $209.8 million last season with 72 games, according to The Sports Business Journal.

“The Tiny Hands campaign is another win for Goldfish,” said Bryan Black, founder and chief creative officer of Mister Black, a branding and advertising agency. “Using BFFs Boban Marjanović and Tobias Harris is a slam dunk and they perfectly embody the fun, shareable appeal of the Goldfish brand; putting Tiny Hands on large men is a big idea that will resonate with anyone who loves a handful of Goldfish.”