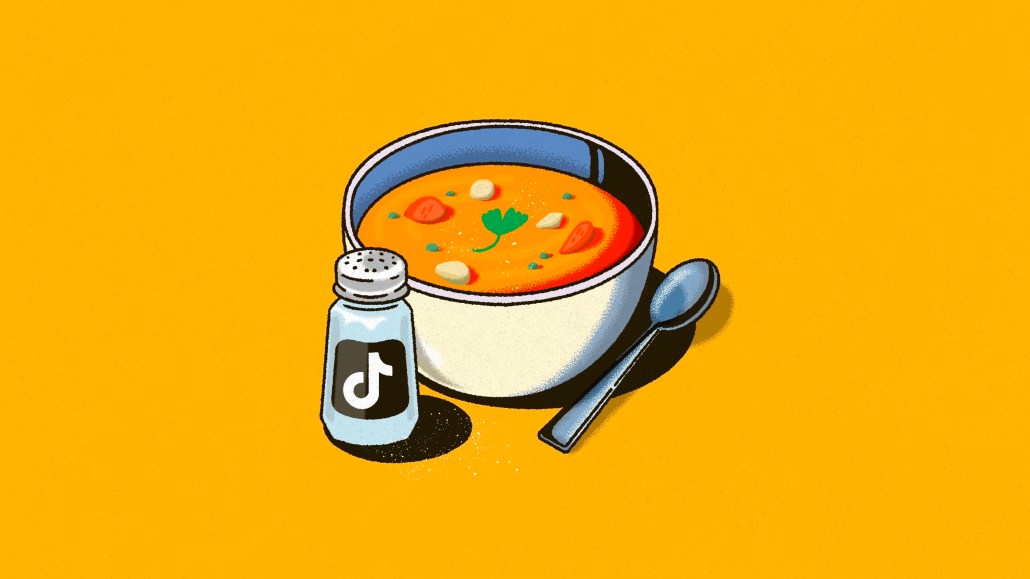 Another day, another sign that TikTok is hoovering up more ad dollars: agencies are now creating content for the short form video app first over its rivals.

Gone are the days when TikTok campaigns were rehashed versions of content that had already been published on Facebook or Instagram. Instead, marketers are increasingly prioritizing putting content on TikTok as they chase the app’s large, growing — and younger — audience.

Seeing an opportunity to guide advertisers through this shift, agencies have started building out specific content production arms and teams dedicated to the app.

Digital marketing agency Rank Secure is a case in point. Three months ago it made the switch to creating TikTok-first content. Which means at Rank Secure, content is now developed around TikTok concepts and formats rather than other types of channels. While this hasn’t required any big technical changes to the agency, it has changed the way content is planned and produced. TikTok videos are typically a maximum of three minutes long (however the app increased this tiny limit to 10 minutes back in February), which has pushed the agency to be more creative with concepts for campaigns.

Granted, it’s easy to see why agencies like Rank Secure repurposed videos from other platforms onto TikTok for so long. The app does share the same short-form video premise that is now core to other prominent social networks. But TikTok users behave differently: full screen videos are watched with sound on, and far less polished than what users typically see on YouTube and Instagram.

“We use humor and satire in our TikTok messages as opposed to straightforward messaging on YouTube,” said Baruch Labunski, CEO of Rank Secure. “Our company used YouTube before switching to TikTok and we see that as a somewhat dwindling platform. We still use it because of different, longer content that suits more of a slightly older demographic.”

Unlike on YouTube or Instagram where audiences are accustomed to seeing exotic locations and faultlessly edited videos sprinkled with sponsors, TikTok audiences seem to appreciate the platform’s far more natural, funny content.

Unsurprisingly, it works when marketers play to those strengths.

“We’ve upped our traffic by about 22 percent so far and are getting shared more often, so it’s working for us,” said Labunski, who didn’t provide exact figures.

TikTok marketing agency Socialty Pro, which made the switch in 2019, has seen similar responses.

Having accumulated around 624,000 followers on the app so far, the agency sees 75% of its clients coming directly from the app as a result of the team’s organic TikTok marketing efforts. “This year alone, we’ve had a 3x revenue increase just by going all in on TikTok,” Armstrong added.

It speaks to the importance of adapting the production process — and considering the different nuances that entails — to making bets like this pay off.

The rise of TikTok has required more agencies to allocate more resources to managing content creators, including at M&C Saatchi Performance, said Jennifer Sudo, a managing partner there.

“Traditionally videos were produced by a single production team, but that has changed quite a bit,” she said. “Creators know how to speak the [TikTok] language and because they each have their own unique way of promoting a product or service, it allows us to test many different types of content quickly.”

It’s a thought not lost on Jacinta Faul, managing director at Gravity Road. She explained that the production and operations side of her business now has to work with far quicker turnarounds. From month-long time frames for other platforms pre-pandemic, TikTok turnarounds are now eight to 10 days at most.

“Some of the traditional agency structures, response to briefs, creative ideation to delivery and post production — that can’t happen,” she said. “It’s far more collaborative and cross-disciplinary in terms of how we create ideas. It’s more of a newsroom approach to TikTok creation.”

Faul’s team has the advantage of being one of TikTok’s agency partners, meaning they have early access to new features. As such, they use the platform’s trending sounds, edit in-app where possible, as well as work with creators, rather than taking it into the studio and away from the platform. “The latter tends to happen with more polished posts on Instagram and YouTube,” she said.

Media agency The DDA Group has made a similar move. It launched its own TikTok studio five months ago to support brands with building bespoke strategies for the app, as well as create reactive, TikTok-specific content.

Movers+Shakers were one of the earlier adopters, having built a new capability within its brand and music studio to create native TikTok branded music in 2019. The team created an original track for its first TikTok campaign with e.l.f. Cosmetics, which was subsequently released on Spotify and iTunes and racked up 20 million streams.

“It essentially put TikTok on the map in a new way with marketers, because we helped e.l.f. become the front-runner in that playbook for how to market on TikTok,” said Horowitz.

“We constantly try to stay cutting-edge, embrace change and lead by example,” said the agency’s CEO and TikTok expert Austin Armstrong. “It’s so much more rewarding creating organic content that gets someone to have such an emotional response that they feel.”