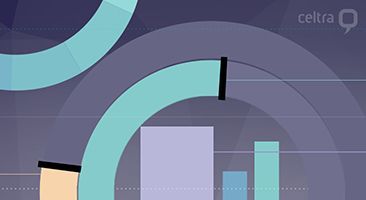 Mobile ads are a moving target, so to speak.

To get a clear picture of mobile display ad performance, Celtra conducted a comprehensive audit of ads that ran on the Celtra AdCreator 4 platform. During Q2 of 2014, of the total requested mobile display ad impressions, 98 percent were Standard ad formats; 89 percent were made by smartphones and 11 percent by tablets.

That’s the big picture. Digging deeper into the findings, we learn more about specific ad formats, how they perform in each vertical and, perhaps, what the future holds. 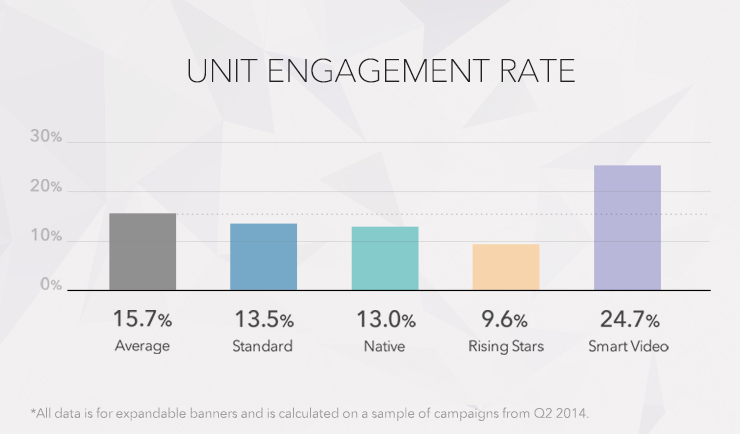 For both Standard and Smart video formats, ads placed within apps enjoyed higher expansion rates and time spent on ad unit in comparison to ads published in web browsers 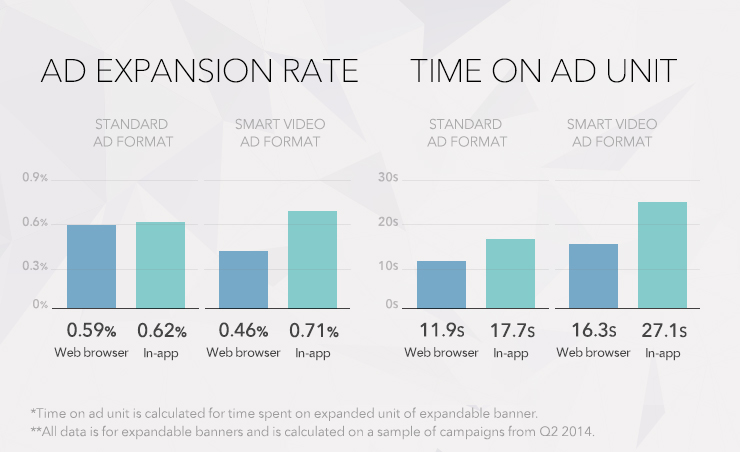 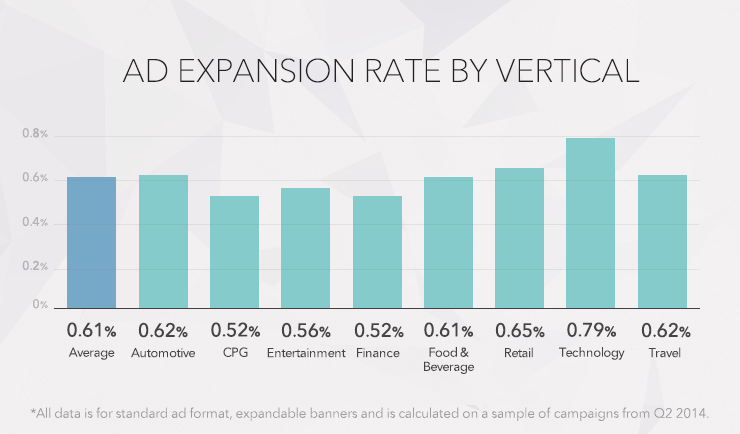 The least engaged verticals? Finance and CPG, each at 0.52 percent. 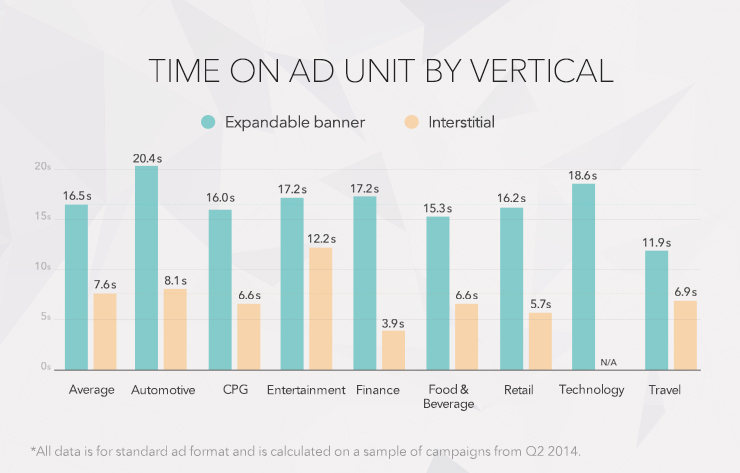 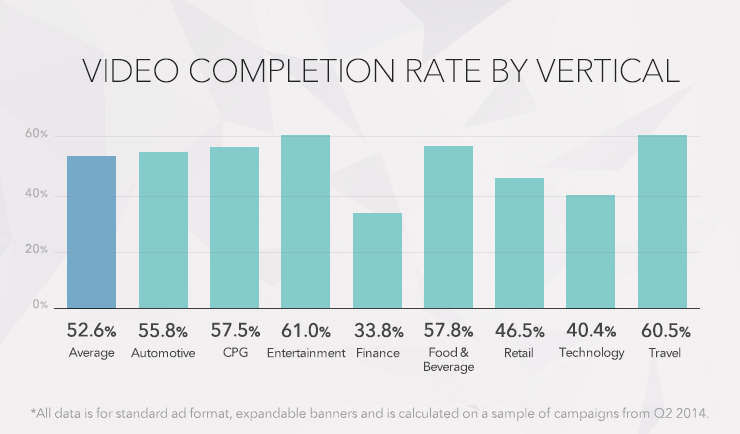 The worst performers? Finance (33.8 percent) and, curiously, technology (40.4 percent), which actually demonstrated the highest expansion rate this quarter (see above).

For more information on these and other important findings, click here.