Media Buying Briefing: Publicis wins Walmart’s U.S. business, so how soon before the retailer is on TikTok? 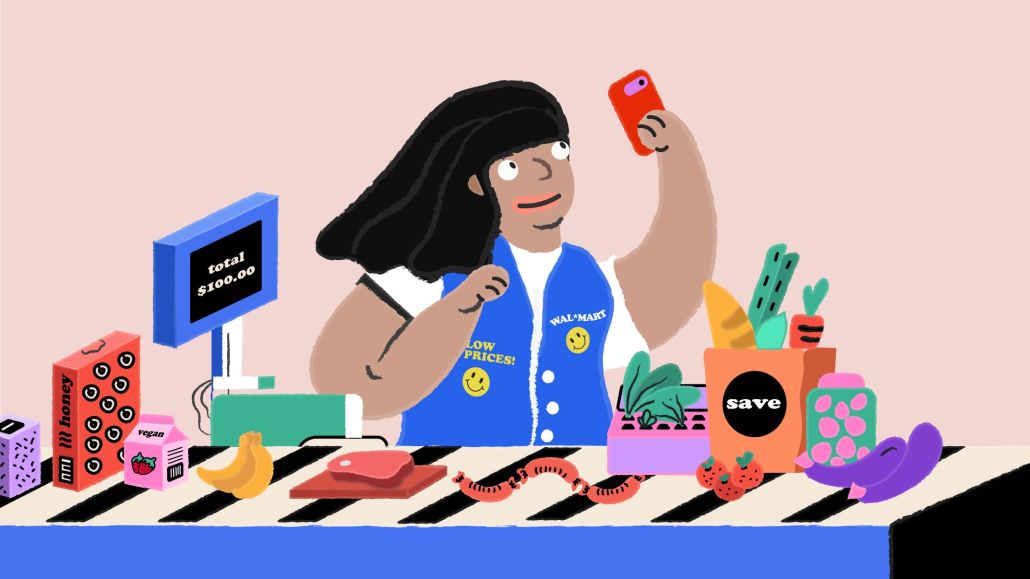 In the dark of night last Thursday, retail giant Walmart and agency holding company Publicis Groupe announced their desire to reunite, with Publicis picking up $600 million in omnichannel media buying and planning business from Haworth Media, which had run Walmart’s media since 2016.

The biggest of the major accounts in the Mediapalooza of the first half of 2021, Walmart returns to where it used to park its media business prior to Haworth. For most of the early 2000s, Walmart’s media business sat within Mediavest (one half of Starcom Mediavest Group), which was owned by Publicis. Though the Mediavest and Starcom Mediavest Group brands names are gone — the result of multiple reorganizations within Publicis Media —Starcom itself remains very much alive, while Mediavest was absorbed into Spark Foundry, the other major brand within Publicis Media. Is Walmart rekindling an old partnership?

One longtime media observer who declined to speak for attribution said he believes the relationships from back then also played a hand in luring Walmart back. Though many of the senior executives who led Walmart’s business have moved on (for example, Steven Wolfe Pereira, who was the client lead for Walmart for a period has since started his own education company, Encantos), some of the mid-level people who did much of the grunt work have moved into senior positions — at least those that haven’t moved on.

That said, the broader Publicis Groupe is a much different company today than it was a decade ago (full disclosure–I briefly worked for Starcom Mediavest Group in 2011). Besides the media-side reorgs, the company also now owns data giant Epsilon, which not only offers tons of customer-loyalty management expertise, but also can deliver on integrating data from multiple sources, and making use of clean-room technology — an essential ingredient to any data-heavy operation today. A Publicis representative confirmed the media-side relationship with Walmart cuts across all of Publicis, not just media.

Besides the other holding companies (Omnicom, Dentsu et. al) that were jockeying to win Walmart, the biggest loser in all this is Haworth Media, the Minneapolis-based media agency that grew around building Target’s retail business, but lost Target in 2016. Why? Well, in 2014, WPP’s GroupM took a 49% stake in Haworth, in part because Haworth was a hot shop at the time based on the award-winning work it was doing for Target. Two years later, GroupM lured Target away to the GroupM mothership two years later. That opened up Haworth’s chance to take what it learned for Target and apply it to Walmart. But even that’s gone now. Haworth did not respond to an email seeking comment.

One central figure who is said to have operated behind the scenes for years and was instrumental in directing Walmart to Haworth at the time is Michael Francis, according to one executive who spoke on condition of anonymity,. Francis was the longtime CMO of Target until 2011, when among other positions, he started a consultancy that counted Walmart as a customer. Francis is said to have been instrumental in convincing Walmart that Haworth could handle its significantly more complex media needs than Target’s were. This executive speculated that, after five years, Walmart realized it needed more than Haworth could deliver. Francis could not be reached for comment by deadline.

Finally, an intriguing possible side-plot: Just two weeks ago, Publicis also announced a partnership with TikTok, the exploding social platform that’s turning the heads of any marketer looking to sell their wares to young consumers. It seems only a matter of time before Walmart exploits that opportunity, given its stated desire “to build a business model that will define the next generation of retail,” as its joint statement with Publicis read.

The Tokyo Summer Olympics may be in the rearview mirror and the Beijing Winter Olympics only six months away, so what to make of the dismal ratings? NBCU and its numerous networks delivered only 15.5 million viewers on average per night, a precipitous 42 percent fall from the 2016 Summer Games in Rio de Janeiro. To its aid, streaming reached a record 5.5 billion minutes across all NBCU’s social and streaming platforms — and the company claims the games were “very very profitable,” according to NBC Sports chairman Pete Bevacqua. Observers expect the Beijing Winter Games will suffer further ratings erosion, the result of a consistent drop in live-sports ratings, and a streak of anti-Chinese sentiment bubbling in the U.S. on a number of levels. Will NBC enjoy the thrill of victory or the agony of defeat? We’ll know in seven months.

“While the ‘solve a problem with me’ during the final pitch is one interesting take – I think if there’s five finalists, that agency comes in second, and the biggest well-known (aka safest) still comes in first. I don’t know a solution to the RFP process, but there’s such a huge need for consultants right now, it’s unreal. We just got another one — not a huge budget at all, but their RFP read like they stole the content off our site. It was media-only — they have design in-house.  I just learned last week that the business went to a design agency whose website doesn’t even mention media. I’d love to say that’s the first time it’s happened, but I think what happens with smaller accounts that can’t afford an agency consultant is that they don’t know 100% what they need, but they know they want something. Once they do the RFP, they then realize they need other things as well.  And while it all works out for them in the end, it is a complete waste of time for every other agency involved.”

Michael Hubbard, CEO of Media Two Interactive, on the state of RFPs and the need for consultants