‘It takes ingenuity to survive’: How The Daily Beast’s Mia Libby is bracing for an economic slowdown 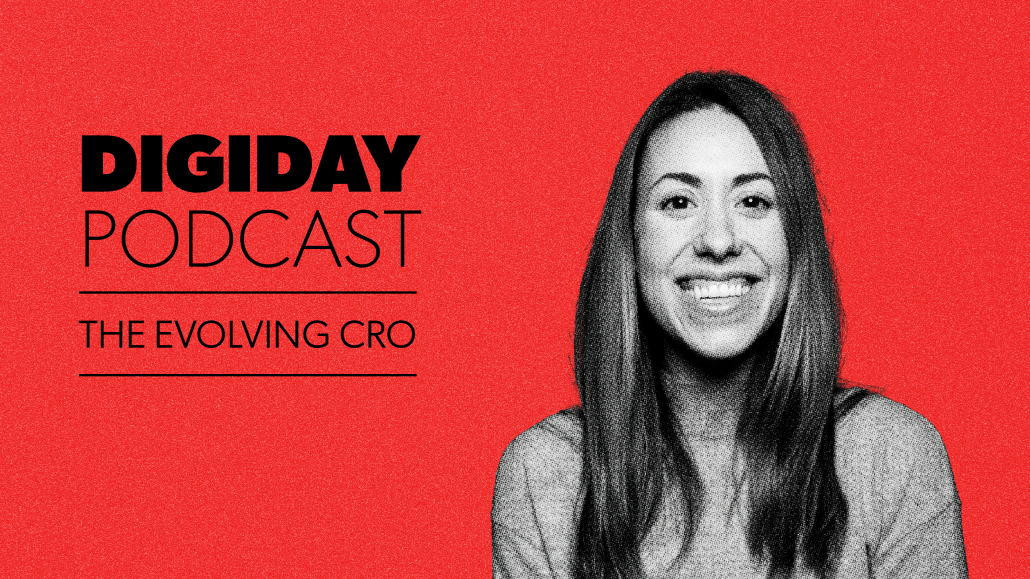 This episode marks the first of a four-part series on the Digiday Podcast, which explores how media CROs are leading their companies through turbulent times and are taking on new responsibilities as companies batten down the hatches with new revenue streams.

The job description for a chief revenue officer at a media company doesn’t resemble what it used to a decade ago.

“There was a time where the lion’s share of my job was just going out on sales calls,” said Mia Libby, revenue chief of The Daily Beast, who’s held that position for nearly five years. That was back when she considered the CRO title as more of the head of ad sales given the fact that advertising was the primary source of revenue for the company.

Now, about half of her time is spent in internal meetings with the product, editorial, audience and subscription teams, in addition to sales, to find a healthy balance of how advertising, subscriptions, licensing and commerce all work together, Libby said on the latest episode of the Digiday Podcast.

Heading into 2022, The Daily Beast wanted to find a more efficient method of monetizing the site’s users, from one-time visitors to paid subscribers. This meant creating more of a pipeline for converting readers to subscribers, but also by finding ways to collect first-party data in the process.

With an economic slowdown creeping up on the horizon, however, Libby said that strategy is being looked to as the way of withstanding the potential headwinds, which could last a lot longer than the pandemic-induced recession of 2020.

Below are highlights from the episode, lightly edited and condensed for clarification.

The role has changed because of this proliferation of diversified revenue streams. You know, 10 years ago — even less in many instances — when I got to the Beast, advertising was the primary, if not only, source of revenue, and we have [since] diversified that to a great extent across multiple different revenue streams. And I think CROs now are running businesses that have multiple revenue streams, as part of their overall pie, and have to be thinking about the user much more and the user experience in a way that I don’t think that they did before.

Frankly, with advertising, you’re much more focused on hitting your revenue goals. And in some instances, I think people are willing to sacrifice that user experience to put another ad on the page [because] that’s more revenue. But now, in my role, I really have to focus on what impact that extra ad is going to have on the page: Is it going to mean that people aren’t going to scroll more? Is it going to mean that people don’t like coming to the site because we have too many ads? One of the things that we really have to think about because we have streams of consumer revenue, is ensuring that the user experience is really strong and that we’re constantly building engagement and loyalty.

It’s a much more user-centric business [that we have now]. User experience is incredibly important to us, but now we think about the best way to monetize each user, and that is completely dependent upon the depth of their engagement with The Daily Beast. So we know that there are people who are incredibly loyal to us who visit us directly to the homepage. Those are people that we are earmarking for subscription and we think they have a high likelihood to subscribe. Then there are people who have never been on The Daily Beast before. Those are people that we know are not necessarily going to sign up for a subscription, so our goal is to try to get them to come back again — to get them to become more and more familiar with The Daily Beast so that we can actually turn them into one of those loyal users one day.

And then there’s a great middle. That’s somewhere in between those two ends of the spectrum. And in the middle, we have myriad opportunities to monetize those people. And we can start driving them into what we’re calling ”known user products”: those are newsletters, our app, our push notifications on site. If we can get them to register without paying, those users then become much more valuable to us than they were before. Our data shows that they come back more often, and therefore we’re able to monetize them more regularly, even if we don’t get them to subscribe.

Keeping the 2020 playbook on the shelf

In 2020 Q2, obviously, it was not a great quarter for us. But it felt like we really grasped what our readers needed from us and we were able to deliver there. Now I think we’re dealing with a lot of unknowns surrounding the economy and in politics and we’re just trying to, again, make sure that our user experience is really strong, make sure that we have a product people want to continue to come back to and make sure that we are serving our advertising partners in an uncertain time. So I would say that these two [periods of time] don’t necessarily line up from a business perspective, except that it just takes ingenuity to survive. You cannot keep doing the same thing over and over again. And if we were to try to just rip out our Q2 2020 playbook, it wouldn’t work right now. We need to be constantly reading the market, we need to be constantly understanding what users want from us and then responding.