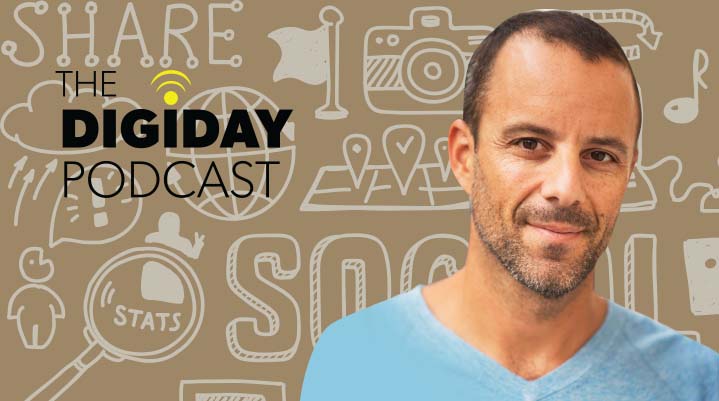 The Huffington Post is now HuffPost, as the 12-year-old publication rebrands to reflect the departure of its namesake founder Arianna Huffington.

“Arianna set a great culture of innovation within the company,” said CEO Jared Grusd. “But over the past year, we’ve built a brand new leadership team, including our new editor-in-chief in Lydia Polgreen. All of us believe in the core DNA of HuffPost, but we have a very explicit viewpoint on where the world is going and want to move forward to that.”

Grusd stressed that the rebranding isn’t a sharp departure from its past.

“Most people refer to us as HuffPost,” he said. “In many respects, it is nothing new. It’s a seamless integration of all of our identities and how the next generation of our audiences connect with us.”

Grusd joined Digiday editor-in-chief Brian Morrissey to talk about the new HuffPost and how it’s staying relevant for its audience across platforms. Edited highlights below:

Platforms are important to finding new audiences.
“Now that the world has shifted and people experience HuffPost on social media and other platforms, there’s a whole other generation of people who are discovering media for the first time. Maybe they’re discovering it on Snapchat or Instagram or some other platform. Here, the expectations of the younger audiences is content that feels more familiar and something they can connect with. We’ve always been great with millennials. That’s how they think of us, and it’s important that we evolve to be relevant in those demographics as well.”

HuffPost has transcended its origins.
“The origins of The Huffington Post find itself being the counterpoint to the Drudge Report, but we have clearly transcended past that. Our brand actually means a lot of different things. We are amongst the world’s leaders in news and politics, especially under Lydia Polgreen. But if you think about how people think of HuffPost and the other content we publish, we have very engaged audiences in lifestyle, entertainment and parenting as well.”

Brand affinity is better achieved through content than vertical brands.
“The way in which consumers interact with digital brands has gone through massive disruption. HuffPost, too, created a lot of sub-brands across every single vertical. To some extent, even thinking of a vertical is an anachronistic concept. The primary way the audience finds you is through a side door — the article or video is the atomic unit that people are discovering first and foremost. It’s at that level where you have to establish your brand. If you do that enough number of times, you start building brand affinity.”

HuffPost wants to stay at the forefront of video innovation.
“Video is a format that really resonates with consumers and advertisers. We launched HuffPost Live, which was predicated on the belief that cable style news programming is starting to move towards digital. For many years, people said we were too far front of the industry. But we realized that this shift was absolutely happening. Being at the forefront of video innovation is a part of what we’re doing. We also acquired RYOT, who were the leaders in immersive video. We want to be on the cutting edge of it. The dominant way in which people produce and consume video content is in transition.”

Data was core to staying relevant.
“[We used] data and analytics to provide us information and inform news and editorial judgment. Metrics in this space often get used in a lot of different ways to tell stories, depending on who the stakeholder is. The fact that people are seeking us out is evidence that we are connecting more with consumers than we were a year ago. Facebook has been a great partner to us. We have been able to tap into big audiences in new ways and different demographics. One thing that Facebook does better than anyone else in the world is amass all the people in the world on one platform. It is an opportunity for us to figure out how we can better crystalize an editorial voice that connects with people, and Facebook provides us access.

“We’ve placed a lot of efforts in not just publishing on Facebook, but also seeing what gets engagement. We are increasingly relevant in the world, and not just scale for the sake of scale, because people are taking affirmative step — liking, commenting, sharing. We’re actually getting more direct traffic to The Huffington Post than we did a year ago. The entire industry has shifted to the point where search, social, third-party referrals are a very powerful source of traffic.”

The video strategies of all publishers are different.
“When you think about the competitive landscape for publishers, everyone may be doing video and you think they’re doing the same things, but the business models are dramatically different. If you’re The New York Times, the core business model is driving subscriptions. My guess is they use Facebook as a funnel for introducing your brand to new audiences, with the goal of converting them into paying subscribers. It’s very different from a venture-backed company. They say, ‘Can I get to scale? Because if I get scale, money will follow.’”