Gannett’s Q3 earnings were bleak, but CEO Mike Reed expects the worst is behind the publisher 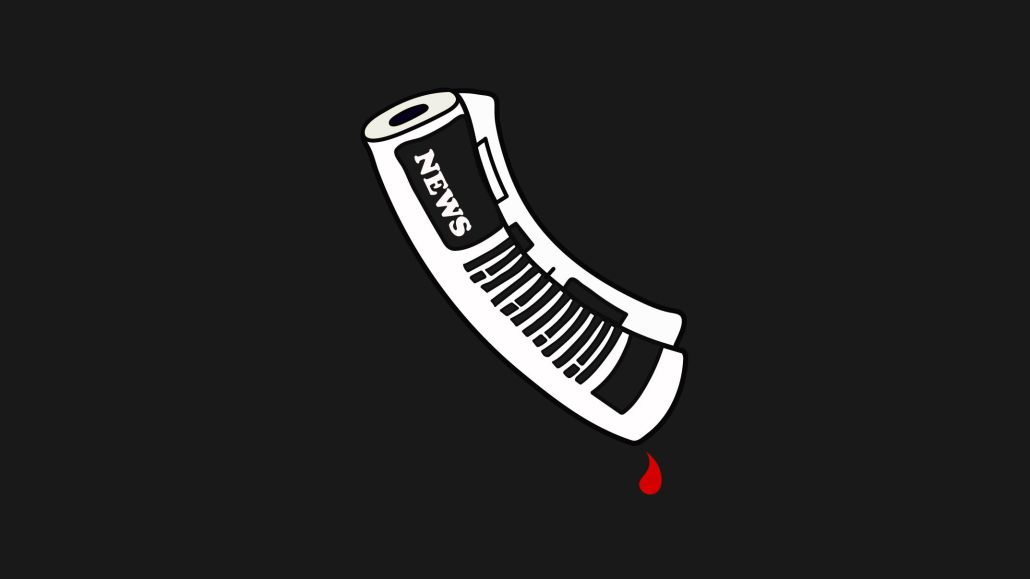 Gannett is optimistic the worst is behind it in terms of the economic downturn’s adverse effects on the company, a unique perspective in the industry considering several other publishers have stated that the fourth quarter has been off to as difficult a start as Q2 and Q3.

“We believe that peak decline… from a year-over-year perspective, is now behind us,” said Michael Reed, CEO and chairman of Gannett during the company’s third quarter earnings call on Thursday. Nonetheless, the company’s fourth-quarter forecast signals it expects a 4% to 10% drop in total revenue year over year.

To no one’s surprise, advertising is down

About 36% of Gannett’s total revenue in Q3 – representing $256.4 million – came from its digital businesses, including advertising, subscriptions, affiliate, licensing and the company’s Digital Marketing Solutions platform. But that number was down 2.3% from Q3 2021, largely due to declines in digital media (AKA advertising), which was down 24.8% year-over-year. The scapegoat was “a softer programmatic advertising market” this quarter, according to Doug Horne, Gannett’s chief financial officer.

“That [digital ad revenue decline] was pretty significant,” said Justin Eisenband, managing director of the Telecom, Media & Technology industry group at FTI Consulting, even compared to other news publisher clients that his team works with. “I had seen it being not as exacerbated [by the current economic downturn] and not quite as deep as their declines.”

A unique struggle of news publishers has historically been the brand safety issues of running ads next to controversial or emotional topics. So while programmatic advertising has been a benefactor of many advertisers shifting their advertising budgets away from CTV during this midterm election period, according to Seth Hargrave, CEO of media buying agency Media Two Interactive, news publishers have not been included with the media companies that are on the receiving end of that influx.

“There seems to be no positive news. It’s all negative news. So brands are extremely tentative to be in that spectrum right now,” Hargrave said.

Meanwhile, Gannett’s Digital Marketing Solutions platform — a major focus for the company since June — earned $119 million in Q3, up 5.3% year-over-year. A majority of the business’s revenue is “recurring and structured on evergreen contracts, with monthly customer budget retention rates of 95%,” according to Reed, as it acts as a digital marketing agency for advertisers looking to reach local audiences.

“They might be ahead of other newspapers in terms of their revenue mix being more towards digital, but unless [they] reduce [their] dependency on print, I have to imagine it’s hard to get to growth that soon … again, unless their plan would be to sell some of these declining assets,” said Eisenband.

The third quarter was all about reducing two of the top overhead costs for publishers: personnel and real estate.

Gannett is on a mission to cut $200 million to $240 million from its operational budget in 2022. As of October, the cuts add up to a potential savings of $115 million, if all goes as planned, according to Horne. This included laying off 468 employees, 3.5% of the workforce, as well as eliminating about 400 open positions. The company also sold 12 properties, totaling $34.6 million in real estate sales this quarter and is hoping to earn about $30 million more before the end of the year, he added.

Gannett reported a net loss of $54.1 million in the third quarter. In Q3 2021, the company had recorded a net income gain of $14.5 million. Meanwhile, its operating expenses totaled $743.0 million, a 3% decrease year over year.

“We’ve also identified initiatives that represent an additional $85 million of run rate benefit,” Horne added during the call, but didn’t go into much more detail about what those cost-cutting measures would look like, other than vaguely hinting at outsourced administrative and business support functions, like finance, accounting, sales and technology.

One example of this – looking at the silver linings of declining print circulation revenue – is that there are fewer production facilities that need to be operated and maintained, leading to reduced overhead.

Reed said that his team is targeting 2024 as the inflection point for revenue growth, after being on a streak of revenue loss.

“It’s not lost on us that this remains a challenging environment, but we are encouraged by a number of key wins in the third quarter and some of the stabilization we’ve seen,” said Reed.