‘We were feeling hostage to Facebook’: Audience development teams shift their focus 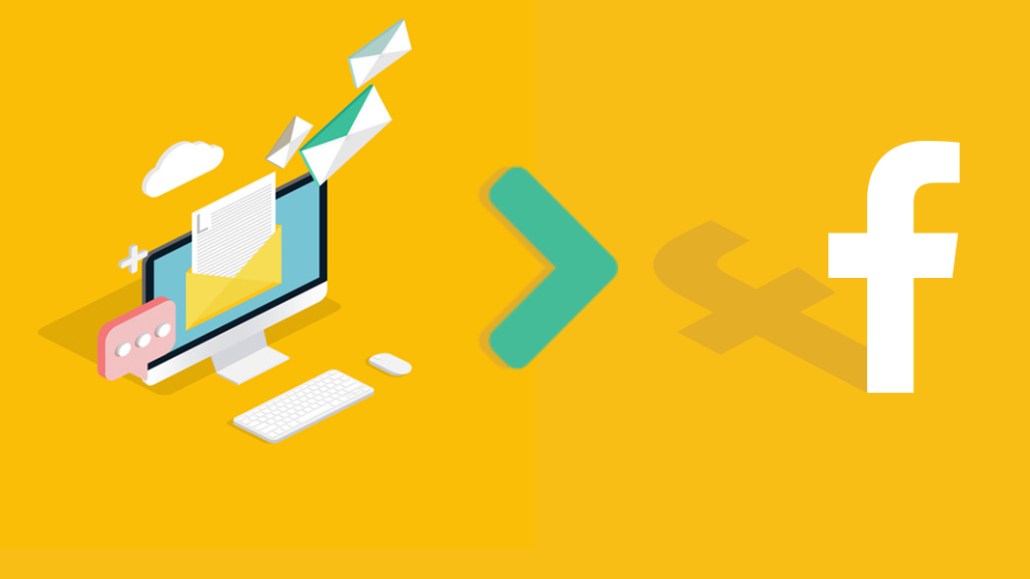 Local newspaper conglomerate Digital First Media is going to focus a lot more on email this year, with plans to launch e-newsletters for its markets beyond Denver, Colorado, and the San Francisco Bay Area. The push will help Digital First, which gets about a fifth of its traffic from social, much of it Facebook, diversify away from the platform.

The shift away from Facebook will take on more urgency in 2018 now that Facebook is privileging users’ content over publisher pages’ content. Some are returning to old standbys like search and email; others are putting more resources into different platform products. For example, Stephanie Fried, evp of research analytics and audience development at Condé Nast, said some of the people the company now allocates to Facebook may wind up focusing on Instagram Stories.

In most cases, the goal is to build sustained engagement with publishers’ content, rather than chasing the flyby traffic that Facebook sometimes drove. “We need to focus a lot more on engagement and conversation,” said Dan Petty, digital director of audience development at Digital First Media. “The focus is much more on, ‘How do I get someone who’s coming two to three times a month to come four, five, six times in a given month?’”

Facebook is no longer the top source of referral traffic for publishers, but it’s been a top priority, particularly for ad-supported lifestyle publishers. In some cases, Facebook was responsible for 70, 80 or even 90 percent of their referral traffic. Facebook drove so much traffic and demanded so much attention that publishers had to have Facebook-specific teams.

“Social is the only place where we have brands focused on one channel,” said Fried. “That may change now.”

One reason Facebook required so much attention is because the platform’s priorities were always changing. And as they shifted, from shares to reactions to video to friends and family to live video and so on, audience teams have found themselves more focused on decoding Facebook than on building relationships with the audiences they amassed on it.

“We just learned the rules of the game and played it,” said one audience development executive, who asked not to be identified. “[Facebook] wasn’t great at driving loyalty. It just sucked up our time and gave us cheap traffic.”

Even though last week’s news has dominated conversations among digital publishers, many of them had begun shifting how their audience development teams were used well before the announcement.

The Economist, for example, grouped members of its audience, product and editorial teams together into so-called “tribes” last summer to improve site performance indicators like time spent and increase the publisher’s mobile app usage.

The Texas Tribune, in a bid for more membership revenue, now looks at membership growth as its primary metric rather than pageviews. It embedded its membership team, which pursues donations of $1,000 or less, inside the audience team back in June.

Even though Facebook’s signaled that publishers should rely on it less, publishers say they’re weeks away from knowing the true impact of Facebook’s announcement. But even if there’s near-term pain, many feel that Facebook distancing itself from publishers will be positive in the long run.

“The feeling, both public and private, is that people seem quite relieved,” said one audience head at an international publisher, who spoke on condition of anonymity. “We were feeling hostage to Facebook for quite a while.”