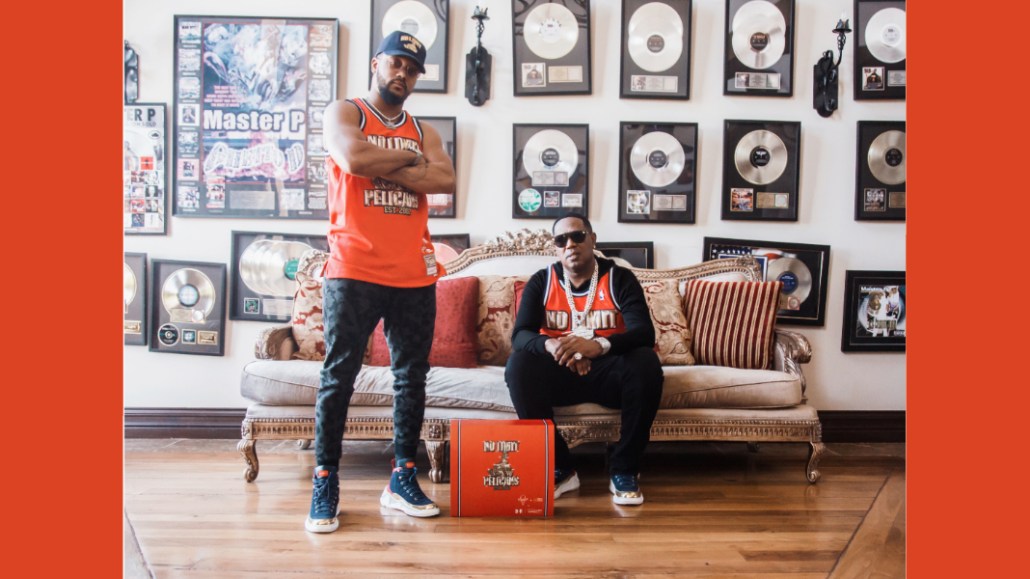 The NBA Remix Collection consists of eight mashups between NBA teams and hip hop artists who are from the same cities as the teams, including the Detroit Pistons with Big Sean, the Miami Heat with DJ Khaled and the Atlanta Hawks with Future. Each mashup has its own capsule collections of four to five items, including t-shirts, jerseys, sweatshirts and hats. The clothes will be available to purchase on Bleacher Report’s website and at the team stories in the NBA arenas.

Revenue from the merchandise sales will be split between Bleacher Report and the artists. Bleacher Report CMO Ed Romaine declined to share how much each party would earn. Each artist will receive a commission rate, according to Bleacher Report. The clothing line will range in price from $40 to $175.

“When we first launched our e-commerce business, we did it in many ways as an experiment. We thought it was not intuitive for a reader to come to Bleacher Report for their purchases,” said Romaine. However, “we found success is in securing the VIP or talent relationships to create these moments of time” that readers will want to buy into, he added.

Romaine said that a collaboration between the NBA and musical artists made sense because the fan bases for hip hop and of basketball tend to have a significant amount of overlap. “Look at the people who sit courtside at the games. It’s Hollywood and the hip-hop industry, so it’s a natural extension for the consumer,” he said.

Bleacher Report licensed the NBA team logos through a partnership with clothing retailer Mitchell and Ness, which has an extended relationship with the NBA. Then, the publisher approached each musical artist with the opportunity to reinterpret the logos from the NBA team of their home city, incorporating elements from their album cover designs or branding.

While the artists are offered as much creative freedom as they’d like, Romaine said that Bleacher Report’s design team will also offer their own renderings for the artists to approve or iterate on.

“If the artist isn’t excited by it, they won’t promote it. So we want them to have a hand” in the creation process, he said.

This isn’t the first time the publisher experimented with this limited edition product collaboration between teams and celebrities. In 2018, the publisher created a collection of soccer jerseys that included musical artist designed logos ahead of the World Cup. And last year, recently retired NBA player Dwyane Wade released a line of merchandise with Bleacher Report and hip hop artists Travis Scott and Billie Eilish redesigned the Houston Rockets jersey and created a line of USA Women’s Soccer merch, respectively. Scott’s collection of jerseys, priced at $250, sold out in 30 minutes, according to Romaine, though he wouldn’t disclose the number of units sold.