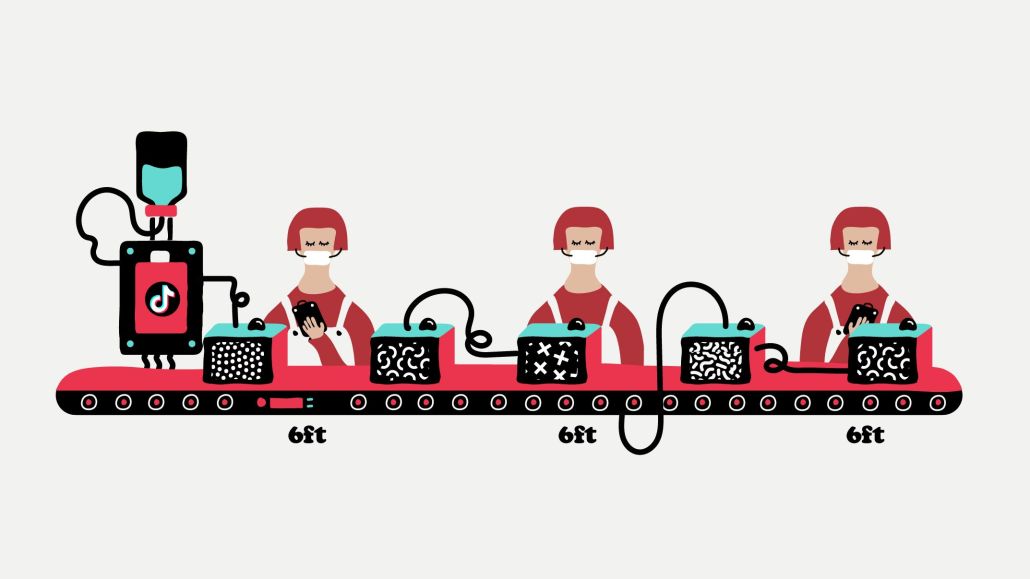 Bigger may not always be better, at least when it comes to marketers trying to use TikTok creators to empower their brands.

RealEyes, a research firm that analyzes media and content through the prism of attention metrics, recently conducted a study of TikTok that concluded, among other things, that the creators with the biggest followings didn’t necessarily deliver the best attention and engagement for brands.

The study examined 12 different creators representing four different tiers of reach on TikTok: tier one (up to 1 million followers); tier two (1-10 million); tier three (10-50 million) and tier four (more than 50 million). It tested three branded videos per creator, for a total of 36 campaigns, with each ranging from 10 seconds to almost a full minute. Effectiveness was measured by looking for the ability to capture attention in the first few seconds, the ability to retain the audience’s attention throughout the ad, and the ability to encode the brand’s message into the brain through emotional engagement.

What did it find? Brands that worked with creators in tiers one (around 540,000) and the lower end of tier three (around 11 million) received the best levels of attention, as opposed to the creators with the largest followings. Branded TikToks also worked most effectively when product packaging was visible between 25-50 percent of the video. Finally, shorter can also be better, with returns of emotional response dropping significantly when videos lasted longer than 40 seconds.

Media buyers generally agreed with RealEyes’ findings, and found that TikTok creators are open to all manner of experimentation with brands.

“Initial testing completed on the TikTok platform in 2021 for one of our brands found that video view rates at the 25% and 50% quartiles were seven to eight times more effective for micro-influencers when compared to an A-list celebrity leveraged for a recent product reveal,” said Jeff Christian, director of paid social at Mindshare.

Smaller reach could also influence the amount of brands a creator uses, added Janet Levine, managing director of Invention+, also at Mindshare. “There’s potentially a ‘day one’ angle at play here, meaning that people who follow low-to-mid influencers are part of a fervent fandom from the very beginning,” said Levine. “It’s also often the case that influencers with smaller followings have fewer deals (less saturation) so their brand partnerships can seem more authentic and welcomed.”

James Donner, partner and executive vp of media strategy at Decoded Advertising, echoed the RealEyes findings. “It aligns with what we’ll typically see, that smaller creators tend to have more passionate followers,” said Donner, noting that the trade off between reach and influence is worth it for some clients. Ultimately, though, regardless of size, what matters most to Donner is the authenticity of the relationship between the brand and the creator. “If it’s truly something the creator actually uses, then you’re going to see more lift,” he added.

TikTok, which did not work with RealEyes, declined to comment specifically about the findings, but Jorge Ruiz, global head of marketing science at TikTok, emailed a comment: “We strongly believe that every creator can have a voice and be their authentic selves on the platform. It’s also where they can connect with their relevant audiences — whether that’s millions, thousands, or even just a few fans.”

To Decoded’s Donner, TikTok has leapfrogged Snap and Twitter as a social channel with the potential heft to challenge the Facebook juggernaut. “It’s the first major social channel that can challenge them in eight years. It’s gotten such broad reach in such a short time.”