Why Snapchat won’t listen to user complaints about its redesign 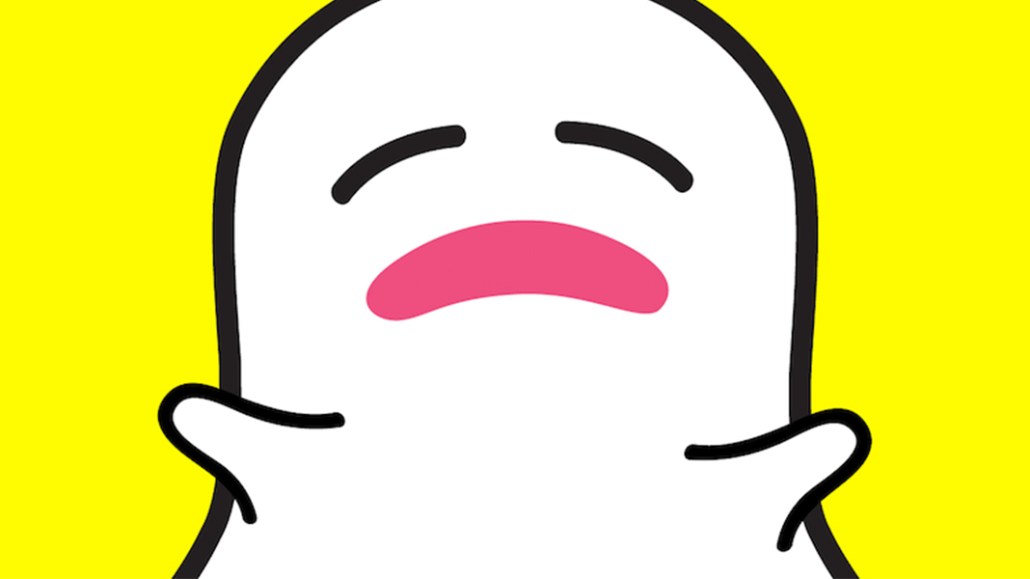 Snapchat began rolling out its redesigned app in February, only to face a barrage of backlash. People voiced their discontent on other social platforms, complaining that Snapchat’s new layout makes it harder to find friends and messages, and 1.2 million people have signed a petition to get rid of the redesign. Even Maybelline asked followers via Twitter whether it should delete its Snapchat account.

But the criticism peaked on Feb. 21, when Kylie Jenner, easily one of Snapchat’s most influential users, tweeted: “Sooo does anyone else not open Snapchat anymore? Or is it just me… ugh this is so sad.” Snapchat’s market value plummeted by $1.3 billion in the following days.

After this reaction, any brand might immediately reverse course, but Snapchat is not budging. It’s following in the grand tradition of social platforms, which seem to be able to survive, and even thrive, outside of the roller coaster of consumer opinion that traditional brands must abide by.

An attitude of arrogance
It’s not that Snapchat and other platforms are immune from what negative consumer sentiment could do to their reputations. Like any other business, social platforms must balance listening to what their users want and reaching business objectives.

However, they have what Mary Zalla, global president of consumer brands at branding firm Landor, calls an “arrogance” about them. “Platforms are impervious to user input,” said Zalla. “They have enough faith in their platform that they think people will get over that initial wave of backlash.”

One reason for this arrogance, said Zalla, is they are still building their brands, in many respects, and have had success so far. Facebook itself is only 14 years old and doesn’t play from a traditional rulebook. “They haven’t built their whole mountain yet. It’s still being constructed,” said Zalla. “So they are saying that, yeah, some people might not be happy about this and they will fall off, but at the end of the day, this change is going to help grow my platform, so I’m willing to make the trade.”

Another thing they understand, said Brad Wellen, group director of social at Huge, is that it’s human nature to respond negatively to change, and objections usually stop over time as people acclimate to changes.

Pete Imwalle, evp and chief operating officer of RPA, said platforms like Facebook and Snapchat have looked past people’s initial reactions to how these changes can benefit their futures. “They are good at knowing what people will use, not what people want,” he said.

Indeed, social platforms have made a long list of changes, against which people have revolted, but their objections have disintegrated eventually.

When Facebook introduced its news feed in 2006, the platform received so many complaints that CEO Mark Zuckerberg, who had ingrained in the company the motto of “move fast and break things,” had to respond to the outcry, writing a post titled, “Calm down. Breathe. We hear you.” But today, it would be difficult for users, not to mention advertisers and publishers, to imagine Facebook without its news feed. People also forgave Instagram for changing its logo, Twitter for expanding its 140-character limit to 280 characters and all platforms for the addition of interest-based algorithms.

“All of these changes ultimately improved user experiences, making content more navigable, discoverable and more tailored to preferences based on our previous behavior,” said Abi Morrish, head of digital engagement at Wavemaker.

Even as Snapchat users are still venting their frustrations about its redesign, downloads of Snapchat are up. In the week after the redesign, Snapchat saw its downloads increase by 55 percent, 322,000 more installs compared to the week before the redesign, according to data from app analytics firm Sensor Tower. The app also rose to No. 1 in app stores in the days following Jenner’s tweet, per App Annie. It seems the uproar has led more people to see what the fuss was about, giving clout to the old adage “No publicity is bad publicity.”

Of course, these platforms also have a degree of security when they want to make changes because people are so invested in them, Zalla said.

“Snapchat users constantly share their lives, their stories, their information each day — sometimes several times a day,” said Tony Telloni, founder of reputation consultancy Leo Partners. “While Instagram could be an option for them, it’s much harder to ‘turn off’ their behavior on Snapchat and switch everything to a new platform.”