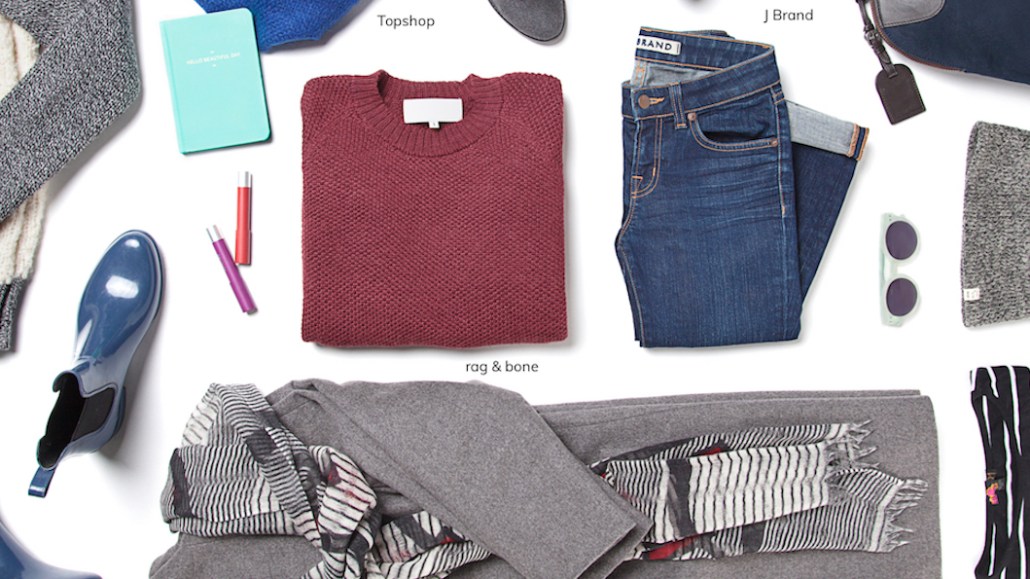 Hoping to imitate the success of Stitch Fix and reach new consumers, retailers including ThredUp and Gap are trying their hand at subscription box services.

For e-commerce second-hand retailer ThredUp, the intention is to provide a new, thrift-focused service within the “try-before-you-buy” subscription box market. ThredUp’s new service, Goody Box, which launches today, aims to differentiate itself from Stitch Fix by sending shipments of 10 to 20 previously worn garments at heavy discounts. (Stitch Fix, in comparison, sends 5 never-worn items at an average price point of $55 per item.) However, much like Stitch Fix, consumers can choose what they want and send back the rest for a $20-per-month subscription fee that can be applied as credit toward purchases from the box.

Part of why Stitch Fix — which filed for its initial public offering in October, with a projected $997 million in sales by the end of 2017 — has been so successful is its strategic use of data, which results in highly personalized boxes for subscribers. According to ThredUp CEO James Reinhart, his team spent the last six months devising an algorithm system of its own that analyzes browsing history (and, if a returning consumer, purchasing patterns) and provides recommendations.

“Eighty percent of the work is done algorithmically and based on the stuff shoppers have done on the site,” he said. “Humans are doing quality control for the rest to ensure the automated process is working.”

Despite its similarities and Stitch Fix’s current hold on the market, Reinhart said ThredUp’s edge over Stitch Fix is that it carries more inventory and a wider array of brands. The retailer currently sells 35,000 brands and boasts a constantly rotating user-provided selection. The range of its clothing options has grown significantly since the launch of ThredUp Luxe in September, when luxury brands entered the mix. Luxury items will be included in the Goody Box, making it the first “high/low” box offering, according to the company.

Across all industries — including beauty box services like Birchbox and meal programs like Blue Apron — subscription services are experiencing a significant surge in popularity. According to Forbes, there are currently 5.7 million subscription box users in the U.S., plus there’s a rising number of visitors to the websites of these programs; since 2014, the sites have seen 37 million visitors, a traffic boost of 800 percent.

The increased demand in subscription programs provides a savvy method for brands to receive recurring monthly payments from consumers, while strengthening customer loyalty. And it’s not just multi-brand marketplaces that are seeing the appeal — traditional retailers are testing out subscription-based programs, as well. Ann Taylor, for example, just launched a rental service structured similarly to Rent The Runway‘s. Likewise, Baby Gap started offering an Outfit Box program in October. The boxes, which include six items, are $70, a discount from their $100 value, and parents can take three weeks to decide if they want to keep the garments or ship them back free of charge.

According to Sebastian DiGrande, evp of strategy and chief customer officer at Gap Inc., the box was largely intended as an experimental effort and, so far, has experienced a high retention rate on monthly orders. As a result, Gap Inc. launched Superbox in November, a similar subscription service for its Old Navy brand. Every three months, the company sends a box with six mix-and-match items, also priced at $70 and valued at $100.

“We launched these with a very quick turnaround and just a few months to launch,” he said. “We’re learning how to market and how to scale.”

For ThredUp, Goody Box also serves as an experimental effort, ultimately serving as a way to introduce thrift to consumers, Reinhart said. Comparatively, ThredUp’s pricing is lower than that of peers like Stitch Fix and Trunk Club. Reinhart said he hopes this will prove appealing to consumers and act as a point of entry to those who have never purchased second-hand clothing. (In 2017, 70 percent of ThredUp’s shoppers were first-time thrift purchasers.)

“Stitch Fix serves a different customer need,” he said. “We’re really focused on value and discovery, and the average price of some of these other boxes, including M.M. LaFleur, are four to five times higher than ours. We want to bring thrift into the mainstream.”