‘It’s all a matter of within limits’: Advertising’s economic recovery is in full swing, but can it last? 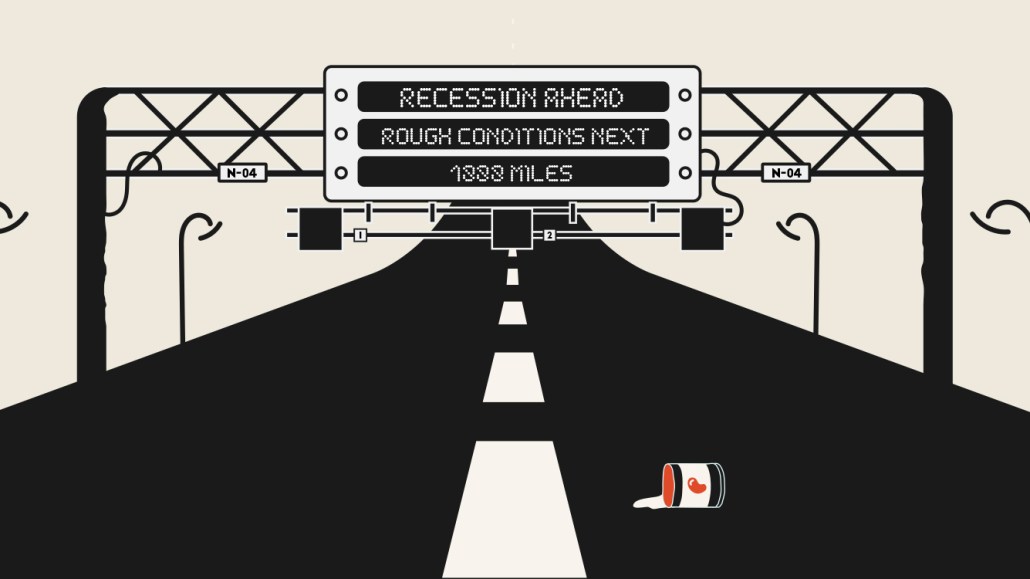 A recovery is taking shape — but it is especially uneven.

Depending on what signs you pay attention to and where they are happening, prospects for a recovery run the gamut from bullish to trepidation.

This spectrum of confidence was on full display during the latest earnings season. On the one hand, some of the world’s largest advertisers in Coca-Cola, Netflix and Kimberly Clark talked up plans to nudge ad spending toward levels similar to 2019 for the remainder of the year. On the other hand, Nestlé noted that while ad spending would surpass 2020 levels, it would stop short of 2019.

In many ways, the lack of consensus on the future is to be expected. Yes, everyone is living through the same pandemic but their experiences through it differ. And it’s this unevenness that’s making it harder for marketers to get a read on how the recovery will play out.

In fact, it’s hard to know where to even start.

Consumers emerging from the pandemic are in the mood to light some money on fire — and increasingly they want to do this online. L’Oréal’s e-commerce sales, for example, rose 29.2% over the latest quarter and accounted for 27.3% of company-wide sales. This compared with 25% over the same period last year. But how long can this last if there’s a chance that government stimulus packages dry up or, worse, many of those people slip into a crisis of long-term unemployment that’s looming over markets like the U.K. and the U.S? Not to mention the fact that office reentry for many businesses is proving harder than last year’s sudden exit. There’s also the potential that vaccine-resistant variants of the coronavirus cause a stop-start economy. The global rebound is proving robust but chaotic.

What is certain, however, is inflation. So much so that the prospect of sustained price hikes cast a long shadow over the earnings season. CEOs at WPP, Omnicom and IPG were all asked to give their take on whether the current inflationary spike is one-off or formative. While the overriding response was it’s something they’re watching closely, the jury is out on whether this spike filters through to media markets. Reading between the lines, agency bosses seem to believe the media markets are in a good spot given where things were a year ago. Indeed, ad spending tends to rise during an inflationary period since advertisers are generating more revenue. Often they allocate media dollars based on share-of-revenue models.

“For example, looking at large companies who reported second-quarter earnings such as PepsiCo, JP Morgan Chase, Wells Fargo, Bank of America and Citigroup, we saw growth in spending on advertising or marketing of more than 30% on a year-over-year basis,” wrote Brian Wieser, GroupM’s president of business intelligence in a weekly report. “While the numbers were up against soft comparables, rapid levels of growth in media spending nonetheless have inflationary consequences.”

One of those consequences is a rise in the cost of online ads. The price of those ads swelled in the second quarter, per data from performance agency Tinuiti: The average CPM on Facebook (excluding Instagram, Messenger and Audience Network) rose 44% over the same period last year; Similarly, ​​the cost of CPMs on YouTube was up 35% while CPMs on Pinterest spiked a whopping 166%. ​​

“In a recession, companies cut back, often radically, on their advertising expenditures; it’s an easy budget to cut and often cut first,” said John Rosen, an economics professor at the University of New Haven. “Then, when things bounce back, as they are now, every company wants to rush in and spend lots of money right [away] so as to (often quite literally) avoid being left behind in the rush to capitalize on the good times.”

It’s worth noting that last year was massively deflationary over the same period and offered value for money. Spending this year should exceed 2019 levels so it is still inflationary versus that year, which is where advertisers, media owners and agencies should be focusing their attention. In other words, it appears that advertisers are entering a period of extended favorable economic conditions and at least some mild inflation. It also helps to explain why agency bosses aren’t too bothered about the inflation in media prices since so much is spent online where there’s an abundance of inventory. WPP went so far as to raise its revenue forecast for the year from mid-single digits to a growth range of 9% to 10% on the back of earnings from a second quarter that saw it post a 19% jump in underlying revenue, the fastest rate of growth the holding company has ever posted.

That said, a lot of the outcome will depend on the pandemic and how governments maneuver economies. After all, inflation isn’t necessarily a bad thing for the ad industry – but it can turn nasty fast. Just last week, the Bank of England warned inflation will hit 4% this year as it set in motion plans to ensure the subsequent rise in costs of living didn’t derail the economic recovery.

“It’s all a matter of within limits — if we wind up going into stagflation, it’s going to hurt everybody in the economy. And if you hurt everybody in the economy, you sure hurt the ad industry,” said Mark Penn, CEO of agency holding company Stagwell Group. “We’re one of the first things people pull back on in corporations. So between the pandemic and inflation, there’s a couple of danger spots. But today, — right now – the marketing industry is seeing a very strong resurgence coming out of the pandemic. And people are saying there’s a lot of consumer money up for grabs, and I want to get my share and get out marketing. That’s what we’re seeing across the board.”

Broadcasters across Europe saw similar shifts in the second quarter. Four of the largest ones in Spain-based Mediaset Espana, TF1 and M6 and ITV in the U.K. saw ad revenue more or less return to 2019 levels over the period. It’s a testament to how quickly media dollars are flowing back into the market — and that the decline in viewing that many of those broadcasters grappled with last year has started to ease.

“Advertising rates in the U.K. are essentially determined by demand and supply,” said David Mulrenan, head of investment at Zenith. “Outside of TV, inflation is relatively low in the U.K. at the moment. However, on TV depending on the audience, we could well see inflation rates of up to 35% to 40%.”

Still, marketers can’t afford to be taken in on the numbers alone. Otherwise they could end up reducing the effectiveness of their ads. If TV is twice as effective at driving short-term returns as out-of-home advertising, for example, then if the price of the former goes up 10%, it shouldn’t be a problem. Ultimately, it is about effectiveness rather than inflation.

“Advertisers will need to be creative in managing inflation by shifting budgets from high value to less costly media,” said Angelica Gianchandani, professor of brand marketing at the University of New Haven. “With more robust analytics and AI, technology brands will continue to analyze the data to optimize media buys. However, inflation will always persist and be a reality and high value will provide long-term strength and brand building.”