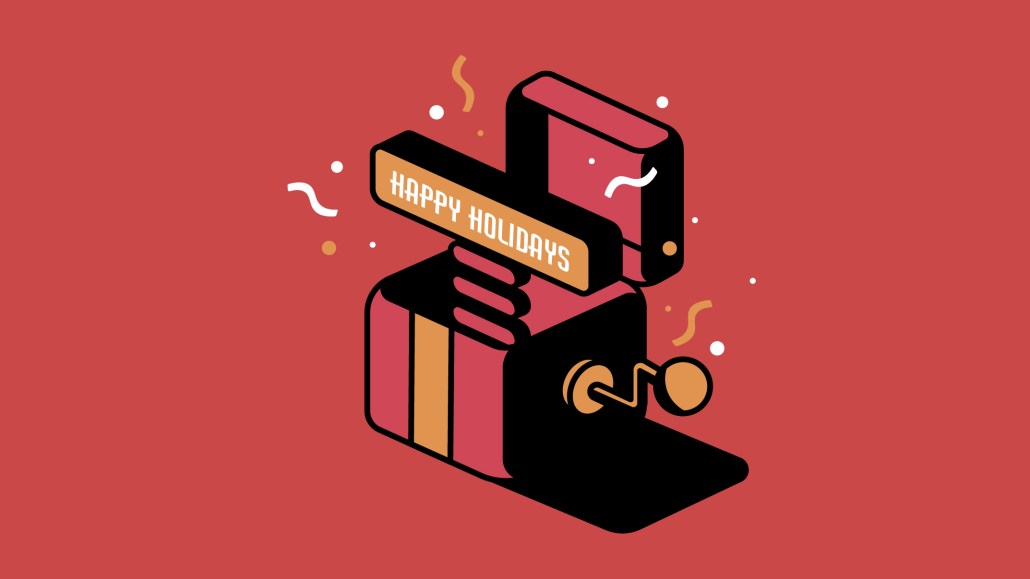 The ad depicts Siwa dancing while singing the tune as the cranberry sauce is wiggling. With the help of Siwa, Ocean Spray is creating a TikTok duet using its new song created by Mack Goudy Jr. of the legendary electronic dance group: The Detroit Grand Pubahs, “Wiggle, Wiggle, Jiggle, Jiggle” through TikTok and Instagram reels.

As a result, TikTok users can now create their own version of the video including the brand’s jingle. Additionally, Ocean Spray ads will appear on broadcast TV ads during the holiday season. The financial agreement between Ocean Spray and Siwa was not made available.

Ocean Spray is no stranger to taking off on TikTok — gaining fame after Nathan Apodaca was skating to Fleetwood Mac and secured a brand deal. Ocean Spray is also using another strategy brands have tried on TikTok: making original music for the platform as a way to go viral.

“With a newfound appreciation and deeper understanding of the brand, we found Gen Z beginning to relinquish previous perceptions of Ocean Spray as something only their parents drank or that their family ate at Thanksgiving,” said Dan Hamilton, head of marketing at Ocean Spray Cranberries, Inc.

For many brands, Ocean Spray’s brand deal with TikTok star Apodaca set the standard for viral moments on TikTok — that many have chased — and failed to replicate, according to previous Digiday reporting. Ocean Spray’s commitment to TikTok shows its eagerness to reach Gen Z, which uses the short form video app more than any other social platform.

It is unclear how much of Ocean Spray’s advertising budget is allocated to this campaign as Hamilton declined to share budget specifics. According to Pathmatics data, the brand spent a little over $8.6 million so far on advertising in 2022. Hamilton noted that the campaign ad spend is about 30% social, and 45% video and the remainder toward custom partnerships.

When Ocean Spray got to know Siwa, the brand execs learned that she enjoys Ocean Spray Cranberry Sauce and eats it year-round. Her fan base of over 44 million TikTok followers also helped. “We wanted someone who, like the cranberry, also brought the party and would have fun dancing and wiggling with our cranberry sauce,” said Hamilton.

This is not the first time Ocean Spray experimented with social media for a holiday campaign. In 2021, the brand partnered with Heinz to promote “Cravy,” a gravy-cranberry sauce hybrid, on April Fool’s Day. A tweet asking if fans would be interested in combining the two brands gained over 150,000 replies. “It was a simple social poll and very buzzy,” said Hamilton. “This year, we’re paying homage to the power of our iconic jellied cranberry sauce with this campaign, Power Your Holidays.” In addition to Ocean Spray using social media to collect data, the brand uses it as a means of interaction with its customers.

Brands are likely to embrace TikTok’s new video ad format ahead of this year’s busy holiday shopping season, which begins on Black Friday and ends on Christmas Day.

“The TV ad definitely got attention and it’s funny, it’s odd, and it’s incredibly catchy,” said Amy Laskin, associate partner at Prophet, a growth strategy consulting firm. “It’s also a really smart move because Ocean Spray has embraced the inherent silliness of its iconic jelly and rolling out the TikTok video at the same time is a great way to take the talked-about ad to their channel and build on the momentum of the commercial.”

To foster more brand awareness with this next generation, Ocean Spray hopes to increase its social engagement and followers to cultivate future brand enthusiasts. “We’ll continue to have fun with social activities and whatever the future might be of duets and ways to interact with the cranberry in digital,” said Hamilton.