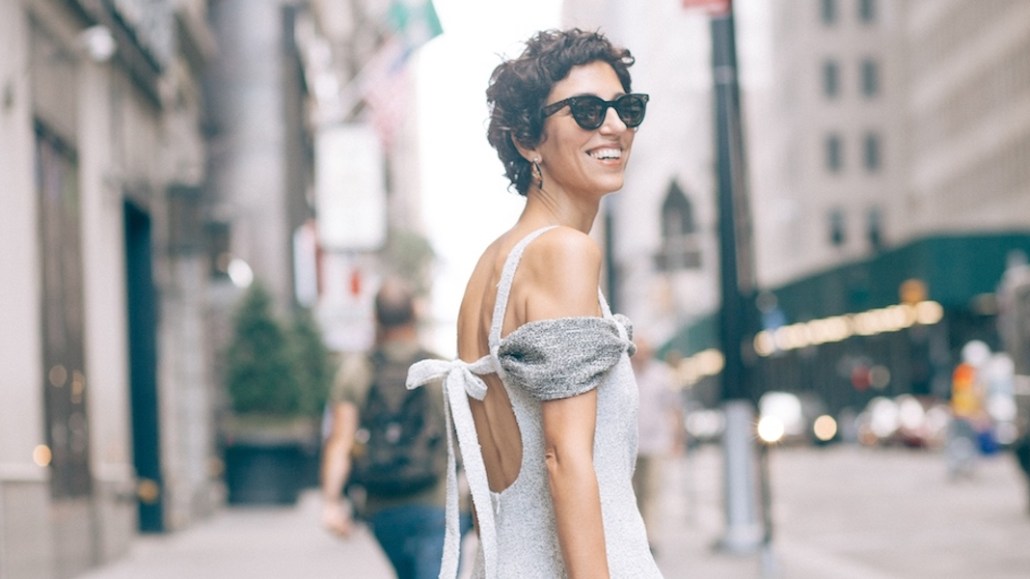 When Yasmin Sewell joined Farfetch in August of 2017 as the luxury marketplace’s first vp of style and creative, the former Style.com fashion director had a different challenge in front of her.

“I’ve spent my career trying to either build businesses or push them further. This business is flying in the most amazing way, and it’s growing,” said Sewell. “I don’t have the weight of that on me, and so, in a way, it’s almost less challenging. It’s like the house is already built, and I just need to paint it.”

Sewell is currently leading a full website relaunch that will include a new content portal — and it’s all being done in house, without the help of an outside agency. To help pull it off, she’s hired a creative director and editor-in-chief to support her team, and plans to make more hires down the road. Her goal is that Farfetch — an aggregator that sells products from more than 700 luxury brands and boutiques to customers in every country — will become known for driving trends.

As it stands now, the Farfetch brand revolves around its global reach as a big e-commerce marketplace, rather than as a taste-making force in the fashion industry. Like other aggregate marketplaces in the luxury industry, it’s struggled to find its footing as a source of organic inspiration for customers. Sewell’s position, if she’s successful, will help Farfetch lower the costs of customer acquisition through Google and other platforms as it competes in an industry thick with competitors, including Yoox Net-a-Porter and Ssense. As the company is rumored to file for an IPO this year, it’s a critical time to prove that it can bring in customers on its own.

We spoke to Sewell about the role data does or doesn’t play in her job, the biggest undertaking when it comes to overhauling the site, and how a singular brand vision can emerge from a multi-brand marketplace.

Farfetch relies on data to make merchandising decisions and serve its customers. Does that data play a role in your job?
I’ve come to deliver something else, which I think we were lacking: a fashion-led vision. Fashion authority doesn’t come from analyzing data; it comes from instinct. That’s what I’ve been able to totally, 100 percent focus on. The company needed that, and they knew that they needed it. They built a great thing with great people, and now it’s about adding the flavor. I haven’t looked at anything data-related — I try to avoid the data, actually. [I’m] pushing forward what I feel, what I predict will be big in fashion; it’s all intuition. That’s not a stat telling you a brand is going to be huge. My role is about bringing more of the emotion to the business.

Why is that role so critical in taking Farfetch to the next level, especially in a crowded market?
The curation for a site like Farfetch is so important, and that’s exactly what I’m there to do. [Founder] José [Neves] recognized that. It’s so crucial in our industry. You could have all these brilliant algorithms to predict what we’re going to buy, look at and show, but an algorithm would never have predicted that people would start wearing hoodies with Céline trousers, for example. It would just never show in the data, so without that curation and fashion perspective and emotion, you would never move forward. You would never evolve in the same way. We’re a fashion company, and we need to make sure we think like a fashion company. That’s my job, and that’s why I’m there.

What does a singular brand vision look like for a company like Farfetch?
We’re a truly global business, so my overarching vision ties in that global angle. We’ll shoot in a different country every month and include people who have worked with us, from every single country in the world. You’ll start to see the best of the world come to life much more on the site. We want to own that global angle, because we have people, partners and brands everywhere, and the breadth of what we do needs to be shown.

Overall, I just want the site to come to life. It need to be unashamedly fashion. A lot of people maybe haven’t been going to Farfetch for inspiration. If I hear people are coming to the site because they see it as a fashion player, rather than just one of the big e-commerce players with loads of stuff, I’ll have been successful — because we’re really much more than that. Ultimately, I want people to love us and know us as a brand. It’s as simple as that.

So how do you plan to actually change the way people see Farfetch?
What’s key to my approach is that I have an understanding of the commercial side of the business, even if my role here is fully creative. It lets me never forget that we’re a shop. If inspiration comes first, people will shop. So people need to know how much product we have without being overwhelmed, meaning we need to guide them much more. That will play out everywhere with our rebranding: on the new homepage, on product pages, on social media, in emails, in banner ads, in our apps. It’s my job to translate that vision, so being consistent is critical.

What’s been the most difficult aspect of steering Farfetch to being more of a fashion brand?
I’m overseeing our e-commerce product shots, which are a hugely important part of the business. We shoot thousands of those every day, and I’m working on elevating them. These photos are critical to any creative campaign, because that’s when the moment happens. That’s when someone goes from an observer to a customer, so I can’t underestimate how important it is that they’re done properly, in an elevated and beautiful way. And it’s a huge job. It needs a lot more thought put into it, as we’re doing thousands every day. We have to ask, “What are the core trends this season? What length of jean and what cut will work with all the blazers we shoot? What’s the right heel height?” Those details bring a season to life. That’s the bit that keeps me up at night.