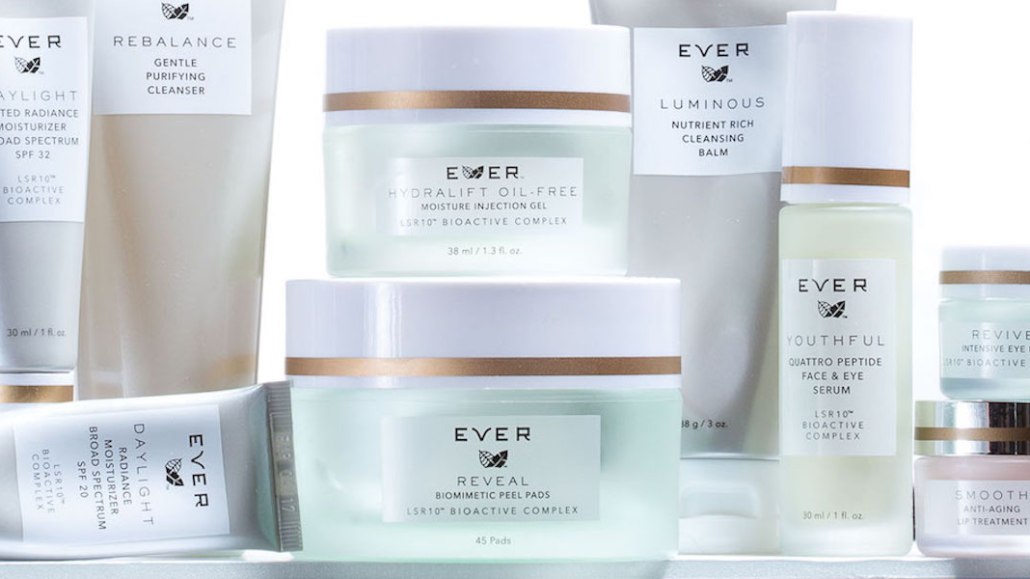 No longer the realm of outdated cosmetics companies, the peer-to-peer selling model is witnessing a renaissance in beauty.

Remade for a world of digitally savvy consumers, brands including Beautycounter, Ever Skin, Juara Skincare and Rodan & Fields are reliant on the model, while others, like Glossier, have built it into their direct-to-consumer playbook in recent years. Even Coty wants a piece of the pie: Last year, it paid $600 million for a 60 percent stake in Younique, a cosmetics company bent on social selling that reports over 80,000 reps.

The new crop of beauty brands that use the peer-to-peer selling tactic have given the business model new life since pioneering companies like Mary Kay and Avon have fallen off the map. Although both of the early adopters are still around today, they’ve struggled over the years to connect with modern shoppers. Avon’s seller community has continuously declined since 2012, and its stock market value is down to $1.3 billion, while Mary Kay has been riddled with bad press about its exploitative business model.

In their wake, newer brands have thrived, thanks to building up their selling communities on social media, tweaking their models to increase reach and emphasizing the results and ingredients-focused imagery that today’s customers crave.

The perfect timing
“Many of the older options hadn’t quite caught up to the times, but now it’s about leveraging different social platforms like Facebook and Instagram to make the model more digital and doable,” said Ani Hadjinian, general manager of Ever Skin, which is the beauty offshoot of Stella & Dot, the social-selling accessories brand launched by Jessica Herrin in 2003.

Herrin grew that brand to profitability; it’s generated more than $300 million in revenue, reportedly paying that same number in commissions to more than 50,000 stylists, who receive 35 percent of their sales. Three years ago, she saw an opportunity to do the same in beauty.

“There weren’t many modern players in the space,” said Hadjinian, adding that, on top of that, the rising popularity of the side-hustle made timing feel especially ripe.

“In this day and age, where you can choose to rely on things like Uber or Lyft for work, instead of committing to the 9-to-5, it can be such an incredible model for people — especially for women,” she said, hinting at their potential need for flexibility and their desire to continue working while raising families, a common theme among Ever Skin’s “specialists.”

Indeed, according to a study last year from the software company Intuit, the gig economy makes up about 34 percent of the U.S. workforce and is slated to reach 43 percent by 2020 — none of which would be possible, of course, without technology.

New opportunities in e-commerce
Ever Skin, for its part, gives its sellers — now numbered into the thousands — the option to sell not just at special in-person events, like its forebears, but online, as well. It sets up each seller with a personal e-commerce site and provides them with digital marketing guidance for promoting its products on Instagram and Facebook.

Glossier’s rep program, which launched early last year, is similar in that sellers are given their own landing page on the Glossier website, complete with their favorite products and a video introduction — but, in keeping with the brand’s origins, it’s promoted as online-only. The company now reports around 500 sellers.

The model’s limitations
Not everyone was pleased with Glossier’s rep launch: In July, one representative told Racked that it felt the program might be negatively affecting Glossier’s cool girl image. “A lot of the girls are really off-brand,” she told the site. “They wear a shit-ton of makeup and I don’t even know how they use Glossier.”

“I think that came from the fact that it wasn’t integral to Glossier’s launch. They grew out of social media and then layered this in as a selling mechanism, which might be off-putting to someone who was so used to experiencing Glossier directly from the brand,” said Chelsea Gross, an associate director of client strategy at L2. Ultimately, though, the sales reps are just another form of influencer, she said.

The peer-to-peer sales model has been met with skepticism before, occasionally being likened to a pyramid scheme that may rip off its sellers. However, Joyce Lee, a beauty consultant and the former beauty buyer for Opening Ceremony, believes this is less of a problem today.

“Trust and transparency have more value in the beauty market than ever before,” she said.

As such, all of these newer entrants aim to be transparent about sales commissions on their websites, with most averaging between 20 to 35 percent. Some, like Beautycounter and Ever Skin, also market their products as safer than most, posting thorough ingredients directories and FAQs about how their products are made.

The social (media) effect
But the online community and its endorsements have had the greatest impact on the category, Lee said. Social platforms facilitate speedier connections, plus they allow these companies to drive home a message of authenticity.

“Yes, those who participate in these rep programs get paid to do so, but they are usually customers who love the products they’re promoting,” said Lee.

Gross agreed: “A lot of the case studies we bring to our clients focus on the power of social media that these companies, in particular, have doubled down on,” she said. “They use their consultants as home-grown influencers, whose content they then leverage for marketing purposes.”

Rodan & Fields, for example, often posts before-and-after imagery from its sellers to promote specific products. According to research by L2, in 2017, 1 percent of the brand’s social media posts were these images, but they drove 13 percent of its overall engagement. Ever Skin does the same on its website.

Casting a wider net
Rodan & Fields and Younique are now valued at $1 billion, they’re followed by Beautycounter, worth a reported $225 million, and Juara and Ever, estimated to be more in the low millions.

For these companies to continue to grow, they may need to look past the influence of their consultants.

Although previous iterations of the model relied solely on peer-to-peer sales to drive revenue, today’s brands are finding that to be a roadblock to success. “It creates a friction that consumers ultimately are not looking for, [as not everyone will have connections to a consultant],” said Gross.

As a result, they’re pushing their products direct-to-consumer from the start, as well. The one exception in the group, Rodan & Fields, finally began selling its products directly online in recent months, though only in packages that retail for upward of $200.

Acquiring these customers outside of the consultant-sphere is crucial because, as Hadjinian put it, it’s a form of insurance. “Not everybody wants to be a seller, but you always need customers,” she said.