With ad privacy coming, ad tech is about to get its close-up 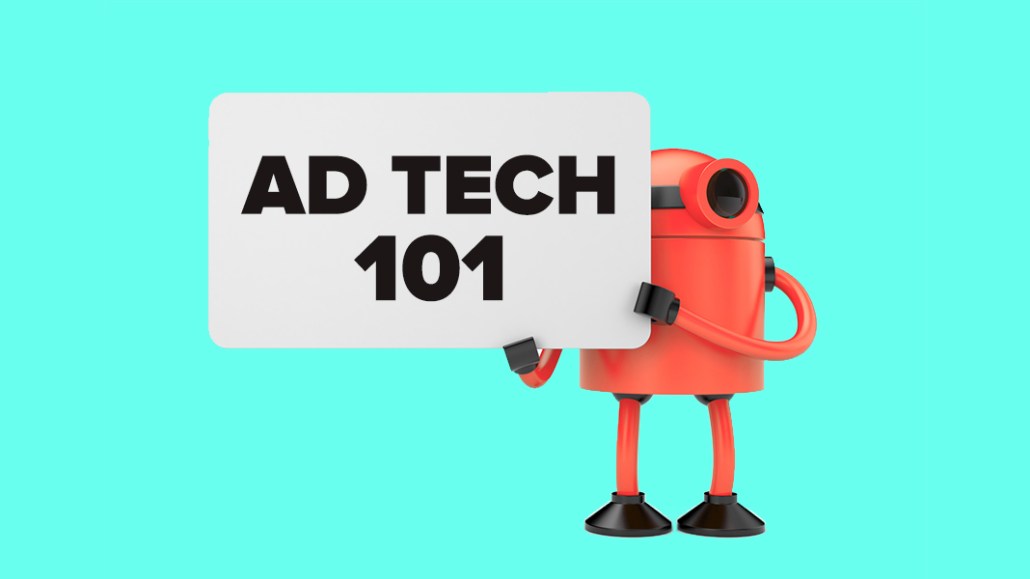 The Lumascape is about to get its close-up, but it’s far from ready.

Facebook’s crisis over Russian propaganda ads and misuse of people’s data has made increasingly clear the role of data and tech in people’s lives. That’s about to gain steam, with enforcement of the EU privacy law, the General Data Protection Regulation, starting in May. Already, people have been greeted with pop-up messages in stilted legalese from ad retargeters trying to get people to opt in to sharing their data.

Ad tech companies aren’t known to the public the way Facebook is, but Facebook’s troubles have contributed to a growing awareness that people are being tracked, which won’t make it easy for those ad tech companies to gain consent. Stories about Russian ads populating the news feed had been in the headlines for months before anyone heard of Cambridge Analytica, the data firm with ties to Donald Trump that’s at the center of the Facebook scandal. Ad tech is mainstream news now, but the industry has a long way to go in learning how to explain itself to the public. (The platforms, being consumer brands, are generally better at this, but they’re not immune to reproach; Facebook was widely criticized for bungling its response to the Cambridge Analytica situation.)

“Ad tech companies have had a couple historical problems communicating what they are and how they do it because it’s really complex and, if you’re a layman, really boring,” said Matt Rosenberg, who has worked on the ad tech and media sales sides and is now an independent tech consultant. “I challenge you to find 10 people in our industry that can cogently explain what they do to their parents.”

By its nature, ad tech tends to attract people who like working behind the scenes. “The minute ad tech people took over South by Southwest, it became uncool. Party over,” said Todd Sawicki, CEO of Zemanta, a programmatic native ad platform.

Compounding ad tech’s communication problem is that many companies have been blustering their way through for years, trying to convince prospective customers that they’re on the cusp of doing something highly advanced to target consumers, which may never materialize. For many of these companies, there’s little to differentiate them and the competition other than a good sales pitch.

“When you don’t spend time talking to consumers, and you spend a lot of time talking to other people that speak your acronyms, you can develop a way of speaking that’s not the most consumer-friendly,” said Eric Franchi, co-founder of Undertone and longtime fixture of the ad tech world. “If you look at a lot of websites, it’s hard to decipher what it actually does and how it’s different from others.”

That approach won’t go over well when these companies start asking people for consent under the GDPR. Just consider these in-browser messages that some retargeters have recently showed users. Criteo asked people to opt into getting “relevant offers from reputable brands,” which to most are the pesky ads that won’t go away for the shoes they bought three weeks ago. AdRoll Group has a similar consent message, which the company said has been live for several years and is unrelated to GDPR but seeks consent for AdRoll to personalize ads on Safari. Criteo hasn’t responded to a request for comment.

Ad tech and platform companies generally abide by the minimum legal requirements, but those don’t match up with the common-sense view of consumers, who get uncomfortable when data is shared too broadly, said Ari Paparo, CEO of programmatic bidder Beeswax, who earlier called those retargeters’ efforts to gain consent “ridiculous.”

People will be less likely to opt in if they start seeing jargon-filled messages in their browsers all the time, fraud researcher Augustine Fou said. “People won’t understand what it means,” he said. “None of these ad tech companies are known to people.”

Claude Denton, CTO and co-founder of Nanigans, a retargeter, acknowledged that GDPR enforcement is bearing down at a sensitive time, with all the news about data collection and calls for “a lot more communication and clearer communication.” Denton said Nanigans plans to let its advertisers, which consumers are more likely to recognize, take the lead in seeking consent but work with them to make the case that by giving consent, people will not just get ads that are more relevant, but they’ll also help ad-supported publishers.

“It’s tricky,” Denton said. “Ultimately, the benefit is the publishers you like to read stay in business and continue giving you free content. You’re seeing a lot of publishers starting to hide behind subscription paywalls. As an ad tech player, I hope it’s still viable to support a model where most of the internet is supported by advertising.”