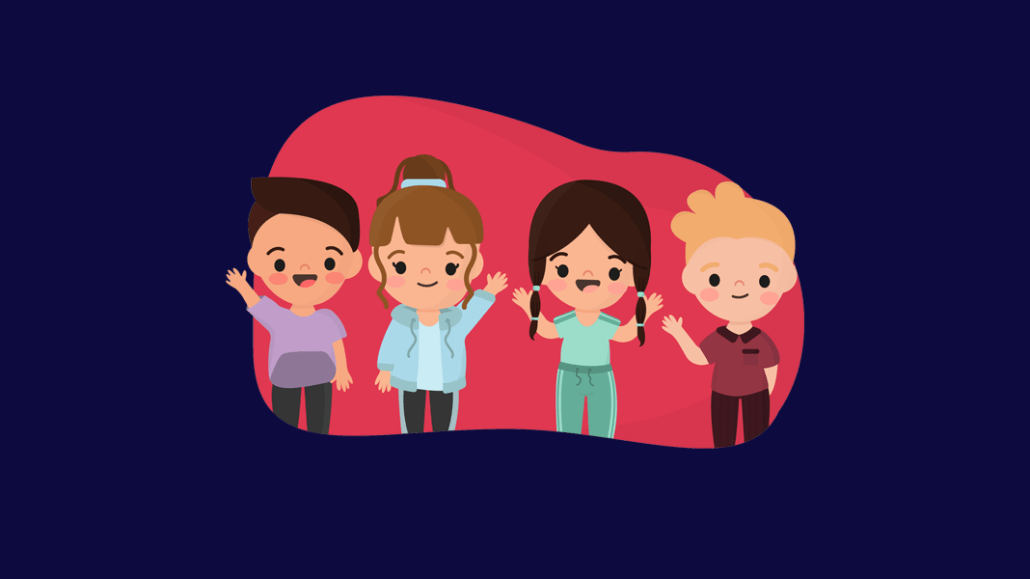 Generation Alpha — aka, kids born from 2010 onwards — is growing up, growing in number and growing in influence. Fast. They may be small in stature, but the members of this generation have the power to shake things up, big time.

As a mom to two adorable (and demanding!) Gen Alphas, I have firsthand knowledge of what makes them tick. But as a communications professional, I feel that this is a generation that marketers need to pay attention to today, and not just in the future when they’re grown.

Our research shows Generation Alpha to be opinionated and important decision makers within the home. For example, almost two out of three parents (65 percent) tell us that their children’s needs influence the tech purchases they make, while one in four (25 percent) actually ask their kids’ opinions before buying. Of course, that influence extends into a wide array of areas beyond tech.

Increasingly, brands need to connect with and win over these young people. However, engaging with this demographic can be tricky. Choosing the wrong channel or message could prove detrimental to brands, even if they’re not selling directly to Generation Alpha.

Here’s an example from family life familiar to many parents — the challenge of persuading children to brush their teeth correctly. Now that my son is getting his adult teeth, it’s crucial that he looks after them by brushing thoroughly for two minutes. Yet dental hygiene hasn’t been high on his list of priorities — until recently.

The motivation behind that extraordinary change is Chompers, a two-minute podcast from Crest Kids and Oral-B in partnership with Gimlet Media that provides entertainment and instruction for kids ages 3–7 in a fun, engaging manner.

All I have to do is shout “Alexa, play Chompers” and it’s a win-win. My son is happy because he’s getting fun trivia and jokes, and I’m happy because he’s actually brushing his teeth right. Meanwhile, Crest Kids and Oral-B should be happy as they’re now my brands of choice at home and because I’ve told all my friends — and now you — about their great work. It’s no surprise that Chompers has gone on to win a Cannes Lions.

Captivating content aside, one of the fundamental reasons Chompers hits the mark is ease of access. According to the latest report by NPR and Edison Research, there are now nearly 120M voice-enabled smart speakers in U.S. homes, with over half of all households using them daily.

Gen Alpha is growing up with these devices and their relationship with them is as natural as if they were interacting with other people. An MIT study from 2017 found younger children were more likely to speak to digital assistants as if they were people, asking things like their age and favorite color. It concluded that the children believed they could teach the devices as well as learn from them, echoing (as it were) our expectations from human-to-human communications.

Given exposure from a young age, it’s likely Gen Alpha will have even higher expectations of smart devices than previous generations. While screens put a barrier between the user and their environment, voice-controlled interfaces allow children to interact easily with the environment around them. My six-year-old son already knows that our Alexa can answer his homework questions faster and better than I can.

Because Generation Alpha has grown up with technology all around them, they don’t easily see the difference between tech and non-tech. This means that they are more comfortable with technology-powered experiences than all other generations. Brands must embrace these new channels to build a strong relationship with Generation Alpha.

But getting these channels right is just the beginning. The key to effective messaging will rely upon understanding what Generation Alpha cares about.

In fact, Generation Alpha has a heightened sensitivity to important issues when compared to their Millennial parents and Baby Boomer grandparents — both when they were kids, and how they are today — leading to these children already having very strong opinions.

What comes through overwhelmingly is Generation Alpha’s sense of fairness — that everyone, no matter who they are, what they look like, or even who they love, should have the opportunity for a successful life.

It is possible that, as members of Generation Alpha come of age, their opinions will be even more strongly formed than the generations that came before them? If so, what can we do to prepare?

First, embrace diversity and be inclusive of all demographics — but don’t offer different options for each. Generation Alpha believes that everyone deserves the same opportunities; creating specific ones for each demographic will not have the desired effect, and can even damage Generation Alpha’s affinity with your brand.

Second, think about your audience differently. You can no longer rely upon broad demographics to identify your target customers; instead, you will need to get much more granular. Dig into potential customers based on those whose values most closely align to your own brand values. Doing so will have a powerful impact on the design of your campaigns and turn Generation Alpha customers into advocates.

Change is coming. Because the kids expect better. To learn more, download our report: Generation Alpha, the Most Diverse Generation Yet.