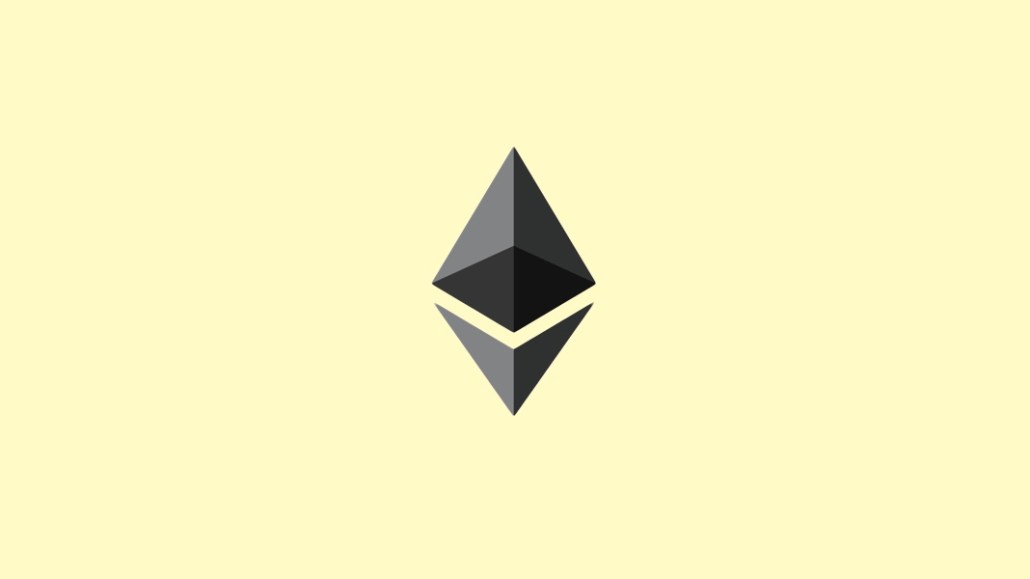 Blockchain is eating the world, including media and marketing.

But confusion exists about blockchain’s newfangled terms. We’re breaking things down, starting with Ethereum, a blockchain-enabled platform that lets coin holders create smart contracts with one another.

Ethereum is like bitcoin, right?
Not quite. Both are systems that use blockchain, a kind of decentralized framework for storing information, but bitcoin is a cryptocurrency, and Ethereum is a smart contracts platform.

I’m already confused.
Let’s back up. The internet is built on a system where information and data stored by third parties — think Apple holding your credit card information, or Flickr hosting your photos — is accessible and portable. You can use Apple Pay to pay for things online or share and link to Flickr photos using hyperlinks to specific photos or galleries.

Ethereum takes ownership and control of user data from third parties and returns it to the original users. Everybody’s data and information is held in decentralized nodes, and its owners can decide when and how it can be used, using what Ethereum’s founders call “smart contracts.” These contracts can be automatic, manual or a combination. Ethereum allows computer programmers to write code that uses everybody’s data.

What does this have to do with media again?
Potentially a lot, though several hurdles sit in the way of blockchain taking over things like ad tech. Startups such as Papyrus, for example, want Ethereum to govern the way programmatic advertising is deployed by letting internet users decide what facets of their personal data are available to advertisers. Then, advertisers and publishers can bargain with end users over the value of their personal information.

Civil, a journalism startup that just closed a $5 million funding round, wants to use smart contracts as a mechanism to facilitate direct relationships between publishers and their readers, where readers can do everything from subscribe to paywalled content to fund investigations on a project-specific basis.

Users could even buy ownership in the journalism ventures created using an Ethereum-enabled currency, which it will put on sale in an initial coin offering next year.

Ethereum has a currency?
Yes and no. Ethereum has its own currency, called Ether. But it also enables developers to build their own Ethereum-compatible currencies, which can be used according to whatever rules the developer sets.

But those currencies are different from dollars and cents, right?
Yes, which brings us to an important point: Because Ether and all of its licensed tokens are so new, there is a real cap on the amount of economic activity they can support.

For example, just 90 million Ether coins were created at its 2014 launch, and Ethereum’s market capitalization, according to CoinMarketCap, is just over $28 billion, nearly 25 percent less than the total amount spent on U.S. desktop advertising last year, according to the Interactive Advertising Bureau. Even if every coin in Ethereum’s economic ecosystem went toward digital media, it’s still far from enough to overhaul digital advertising tomorrow.

The number of coins created increases as needed, so if the ideas that Ethereum powers take root, this problem should lessen over time.

This sounds like something Facebook and Google would hate.
It is. Much of the power that Google, Facebook and Amazon wield comes from their huge audiences and the data they’ve collected on them. Any kind of business or paradigm that puts data back in users’ hands could pose a challenge.