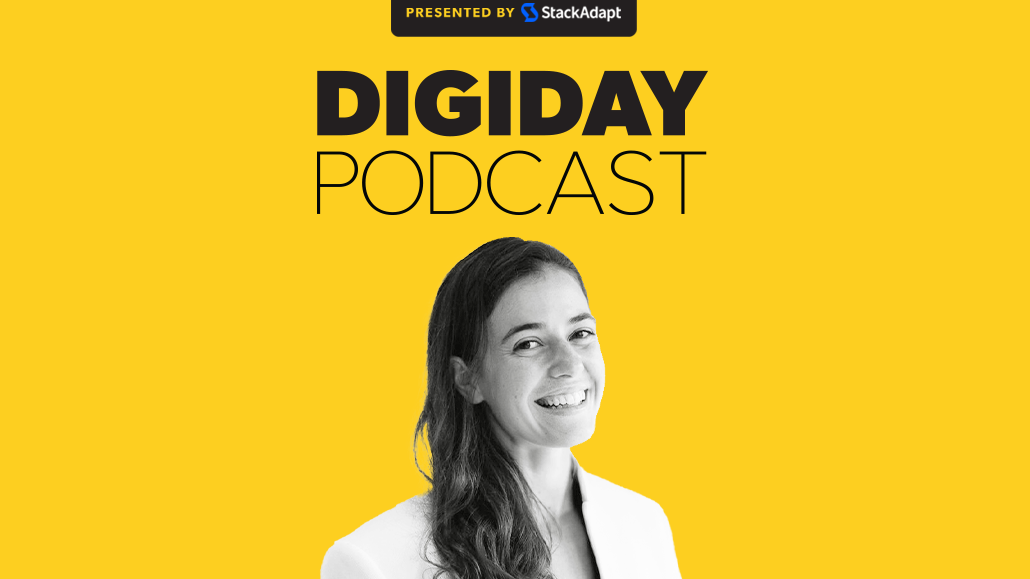 Advertising is taking a hit from the economic slowdown. For some advertisers with podcast and audio budgets, they want to reach more listeners efficiently rather than invest in expensive custom branded content. For Wonder Media Network, however, programmatic advertising isn’t part of its inventory.

There are certain instances where programmatic advertising in audio makes sense, according to Shira Atkins, CRO and co-founder of podcast company Wonder Media Network, such as targeting people who are in one specific region versus running national ads. But on the latest episode of the Digiday Podcast, Atkins said she still believes that programmatic is “a tragedy for the podcasting ecosystem at large.” Her team does not sell any of its ad space programmatically.

Instead, the podcast network uses its branded content studio to make bespoke audio ads, which Atkins said creates memorable ads that listeners are less likely to skip over.

It’s not the economic slowdown, it’s the whole industry

I feel in so many ways we’re dealing with the same issues that we were dealing with when we started the company in 2018. I wish I could pinpoint and say there’s just one issue that’s affecting us.

In 2020 some of the initial conglomeration was starting to happen in the podcasting ecosystem but a lot of the big sweeping changes really happened in 2021. And now, by the end of 2022, all of the major distributors have made their plays and they’re waiting to see those bets play out. I’m talking about Amazon Music and Spotify and iHeart and Apple — each of them have acquired what they have wanted to acquire from an ad tech perspective and content perspective, and now they’re trying to grow their businesses with the same exact tools that we have as an independent network. In many ways the playing field is somewhat equal, but it’s obviously incredibly unequal because iHeart has a massive, massive reach.

Yes, the ad business is in a precarious moment, similar to how it felt at the beginning of the pandemic [but] we doubled our business during the pandemic, both in terms of revenue and in terms of size of the company. So I sort of feel like, if you can find your niche, you can always find dollars.

And everyone is hip to podcast advertising now in a way that didn’t exist a couple of years ago and so we’re not able to educate people as much that used to be our edge our way in the door. And it also means that folks have specific budgets that are allocated for audio and the easiest, most, quote, unquote, efficient way of spending that is often through programmatic.

This concept of efficiency that media planners are asked to find for their brands, often, I think, is actually laziness. And I don’t think it’s efficient to just scale shitty ads.

We don’t [carry programmatic-sold ads] because the reason that we’re able to demand such high CPM [or sell flat rate deads] is that we’re selling embedded ads in perpetuity. It makes me feel like an old lady whenever people ask me about this, because they’re like, ‘I can’t believe you don’t do dynamic ad insertion.’ But it works for us.

In terms of hiring sellers, we’re competing. It’s the same way that programmatic is killing us, in certain ways on the advertising side, it’s also killing us when it comes to hiring sellers.

If I were five to eight-plus years out of college and had a job at Spotify paying me a $200,000 base and unlimited upside, and you can just check the boxes and easily sell deals to Coca Cola, and PNG and whatever, why would I ever want to go work at a startup? Even though it’s mission-driven, and they’re amazing, and it’s all women — why would I want to go there and get a $100,000 base and way more potential upside, but it’s all an uphill battle. It takes a unique type, and I just can’t compete with the salaries and I can’t compete with six-month paternity [leave].