The Washington Post hopes to bring in young, diverse readers with a cross-company task force 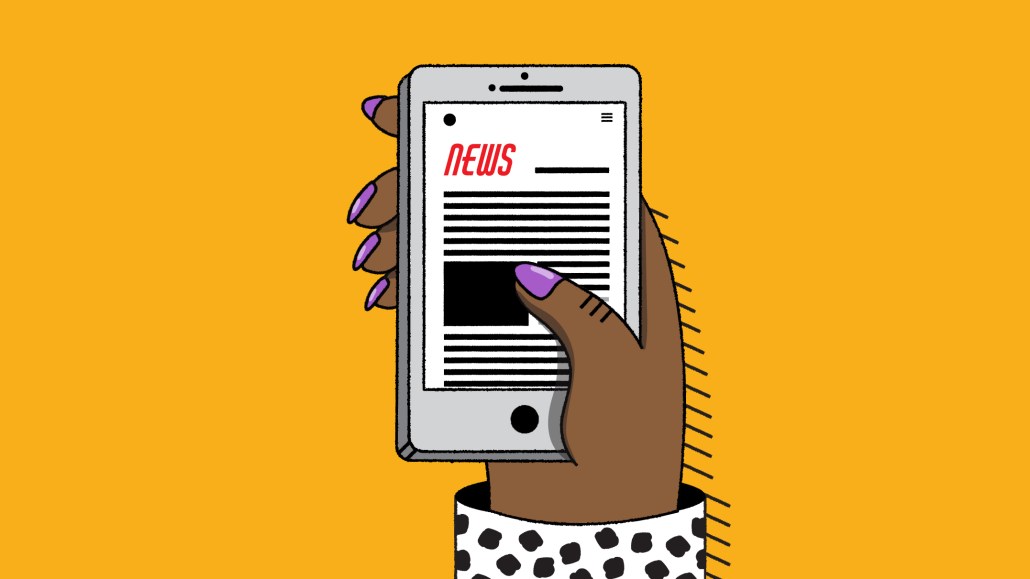 The Washington Post is creating a task force to figure out how to attract more young and diverse readers.

The group — called “Next Generation” and composed of a “handful” of Post employees — will be tasked with overseeing new products, partnerships and initiatives to bring in these readers, said Kat Downs Mulder, managing editor for digital at the publication. This can include new formats, beats or services for the Post’s journalism, like social media and audio platforms or news distributors popular among its target audience.

The exact strategy for this team seems to still be in the works. The team will be co-led by a Post editorial director Phoebe Connelly and business director Bradley Lautenbach (both pulled from their roles to these positions full-time) and will also include folks from both the edit and business teams. But it’s not clear exactly how many employees will be a part of this task force — and whether they will be internal or external hires. Some Post employees will work on the team part-time, acknowledged Downs Mulder.

The team will focus on growing digital subscriptions among a so-called younger and diverse demographic. “In order to keep growing you have to keep finding new people,” Downs Mulder said.

Before Amazon founder Jeff Bezos bought the Post in 2013, the newspaper’s focus was primarily on Washington, D.C. Since then its international and national readership has grown, and the Post is committed to growing its audience even more with Next Generation, Downs Mulder said.

“This is one of the first times we are bringing people together from across the company,” Downs Mulder said. Next Generation will “touch every part of our organization” and facilitate cross-company collaboration. Audience insights will help “craft a road map” for Next Generation’s initiatives, she said, without sharing which exact insights the team will analyze.

Connelly has spent eight years at The Post, most recently as deputy director of video after helping to create a visual forensics department in 2020. Lautenbach is the head of commercial marketing at The Washington Post, where he leads the team developing ad solutions.

“They have both worked across the organization extensively due to the nature of their roles,” Downs Mulder said. “We wanted to have equal representation from the news side and the business side for this initiative, for a broader array of perspectives.”

The Post is also looking into potential partnerships with organizations or platforms that already reach Next Generation’s target audience. Downs Mulder mentioned educational and professional institutions, or tech companies, as examples.

This isn’t the Post’s only recent foray into trying to attract more young people. The publisher promoted Travis Lyles to the new role of Instagram editor in February; the Post’s Instagram audience tends to be “a younger and more diverse audience than our current subscribers,” Mark Smith, director of social and operations at The Post, said at the time. (Downs Mulder pointed to Lyles’ efforts on Instagram as an example of what Next Generation could look into — expanding visual storytelling and live programming on the platform, for example, and how to “translate them to other spaces at the Post.”) The Post’s new executive editor Sally Buzbee said in May that one of the company’s challenges she will have to address is to “connect with a younger generation of news consumers who may not make daily visits to a homepage.”

Melissa Chowning, founder and CEO of audience development and marketing firm Twenty-First Digital, praised media companies with “bigger budgets” investing in bringing in younger readers, “not only for their own viability but for the broader viability of the larger media ecosystem.”

If the Post “is successful at drawing in younger readers to not only consume the newspaper’s content but also pay for it, that’s more young readers who are consuming quality, fact-checked journalism, which is good for everyone,” Chowning said, as opposed to young people who mostly get their news from social media, an environment ripe for misinformation. And if a younger demographic starts to become more accustomed to paying for content, “that will hopefully make those readers more likely to pay for local news in their own markets,” she said.