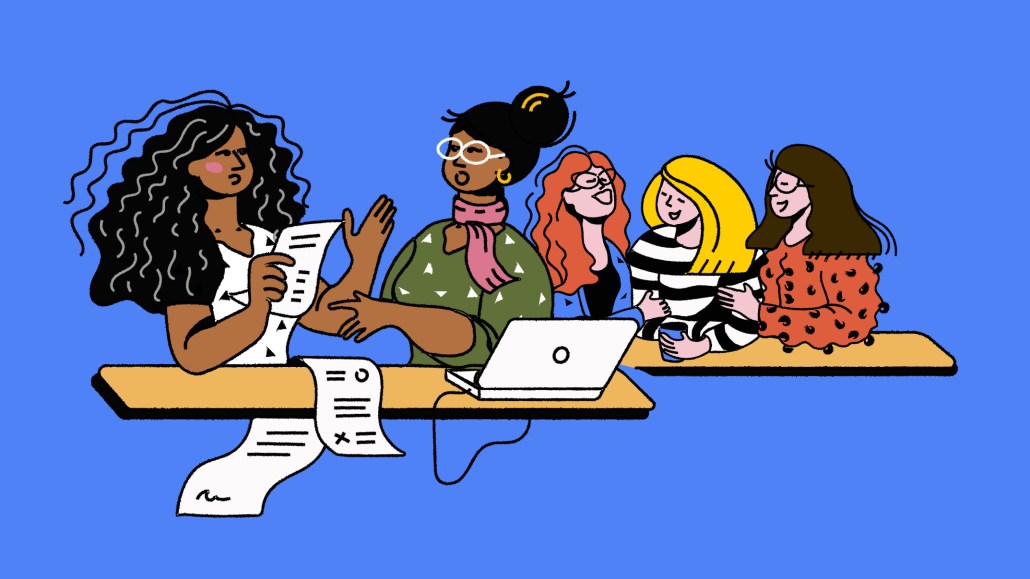 The latest round of cost-cutting measures announced by Gannett has led to increased tension between its unionized newsrooms and company management – but has also highlighted the way “status quo” can protect unionized employees from the immediate impact of pay cuts and layoffs.

Workers “trying to organize a union or negotiate a first contract are really vulnerable,” said assistant professor Todd Vachon, who is the director of the Labor Education Action Research Network (LEARN) at Rutgers University. Therefore, changes to working conditions could be “used as a tool for retaliation” by an employer hoping to quash efforts to unionize, Vachon said.

For example, without status quo protections, an employer could fire union leaders before a contract is agreed upon.

What are “status quo” protections?

“Status quo” protections bar an employer from unilaterally changing the terms and conditions of employment – considered mandatory subjects of bargaining – for unionized employees while negotiating a union contract.

What are mandatory subjects of bargaining?

Mandatory subjects of bargaining under the National Labor Relations Act include wages, hours, layoffs and working conditions. For example, if a company policy is to give a 3% annual wage increase, the company has to continue giving that to unionized employees while they’re negotiating a contract.

“Status quo” protections go into effect as soon as employees submit a filing to the National Labor Relations Board to have an election to recognize or certify their union. Status quo protections also go into effect when a union’s contract has expired – the “status quo” or terms and conditions of employment from the previous contract remain in effect while a union bargains over a new contract.

How do “status quo” protections differ between unions with and without a contract?

Status quo protections are most powerful for unions that don’t have a contract yet. Employers are generally prohibited from unilaterally changing the terms and conditions of employment. Status quo can also be an incentive for an employer to agree upon a contract, so that they can take any actions allowed under the terms of that contract.

So in the case of Gannett, cost-cutting measures were announced but will not be able to impact unions in contract negotiations until those measures are brought to the bargaining table.

Unions with an agreed-upon contract have set terms and conditions of employment in their contract, such as severance benefits and how layoffs can be implemented. Status quo protections therefore vary based on the strength of a union’s contract. If something isn’t in the contract, the employer has the freedom to make managerial decisions without negotiating with the union.

“It doesn’t mean that in the end in bargaining, [a union isn’t] going to lose some things. It doesn’t mean that the employer can’t ultimately make changes. It just means that they can’t make them unilaterally without negotiating with the union,” Vachon said.

What does “status quo” not protect employees from?

An employer and union may agree to an “impasse” when they have bargained over all terms and conditions of employment in good faith, but can’t reach an agreement. If the two sides agree to the impasse, then the employer is allowed to implement its actions while negotiations continue.

An employer can claim the impasse without the union’s agreement. In this case, a union can go on strike (which is what is happening at the Pittsburgh Post-Gazette), submit an Unfair Labor Practice filing to the NLRB, and eventually could go to court.

How are “status quo” protections enforced?

The agency charged with enforcing status quo protections is the National Labor Relations Board – the consequences for not abiding by labor laws range from fines to court cases. However, the organization is “in a crisis,” according to its union. Citing staffing shortages, the union said in a Twitter thread: “After years of inattention by Congress, the agency no longer has the resources to adequately enforce its mission.”

Because of this, status quo protections are often “theoretical,” said Jack Dickey, local representative at the NewsGuild of New York. It’s usually in the hands of the unionized employees to take action against an employer if they do not abide by these laws, such as through Unfair Labor Practice filings with the NLRB, petitions, protests and ultimately strikes.

Are there any gray areas with “status quo” protections?

Another gray area is when a newsroom has decided to unionize but has not yet submitted a filing with the NLRB to have a union election. Once a filing is received, status quo protections begin immediately, Vachon said. In the interim, unions are at their most vulnerable.