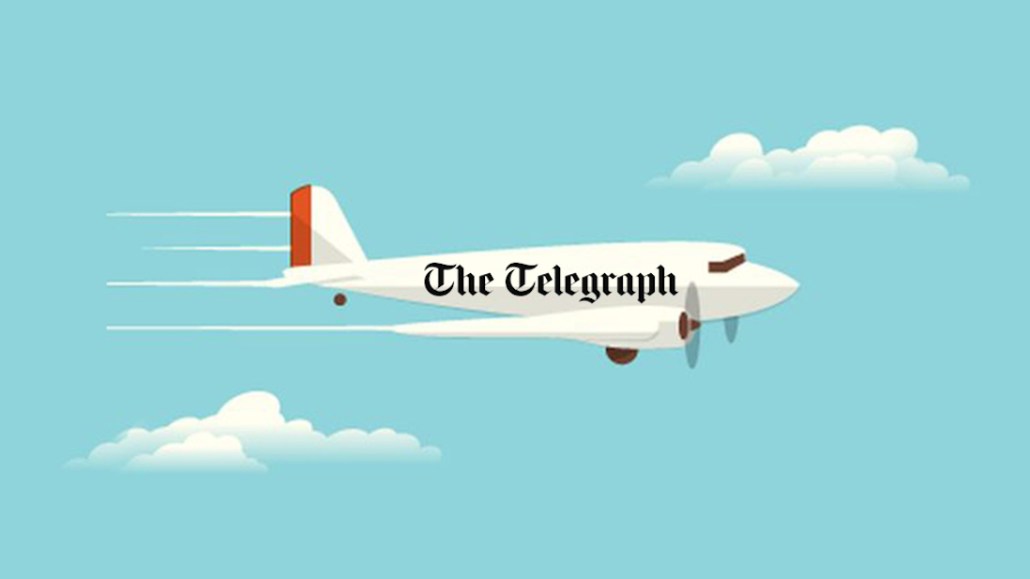 The Telegraph wants to grow its registered readers to 10 million. The goal is to shift away from valuing mass-reach audience numbers in favor of building a more loyal readership of logged-in users.

The benefits of doing so are clear. Advertisers will always want more detailed first-party audience data to improve campaign targeting, and registered users tend to be more ripe for converting into paying subscribers than flyby readers. That’s why there has been a flurry of registered-user drives at publishers such as The Times of London over the last year.

To get itself to 10 million, the publisher will invest in its newsroom, hiring 39 additional editorial staff. The publisher has identified six areas that it believes will help cultivate registrations and in which it wants to thrive: politics, sports, luxury and lifestyle, business of technology, money and travel.

“A registered reader — as opposed to an anonymous one — is far more valuable to the business than the vast majority of our audience as it stands now,” wrote The Telegraph’s CEO, Nick Hugh, in a letter to staff.

The publisher will also restructure teams internally to place its journalists closer to developers, data scientists, analysts and engineers in the office, though it’s not ready to give specific details. New editorial products like newsletters, events and messaging products will follow next year, though details are scant.

The changes described in Hugh’s message to staff are The Telegraph’s biggest since it dropped its metered paywall model in 2016 in favor of a hybrid model, in which 20 percent of content is behind a paywall and the rest is open-access.

The Telegraph wouldn’t confirm latest subscriber or registered-user numbers, saying only that they’d grown by some 300 percent four months after dropping the metered paywall. Naturally, both will be much lower than the bulk of its audience that consumes content for free, which was 23 million monthly visitors in October, according to comScore.

Monetizing digital ads is tough, particularly display, which Google and Facebook heavily dominate. That continued pressure on publishers’ digital ad revenues is causing many to embrace more reader-revenue models. The New York Times has undergone a total pivot to reader revenue, and the Guardian also generates more money from its paying members and donors than it does from advertising. Now, The Telegraph wants a piece of the action.

“The Telegraph has clearly looked at the success of The Washington Post and New York Times and is trying to follow their example: invest in journalism to attract paying members,” said Joe Evans, media analyst at Enders Analysis. “The [six] verticals they’re concentrating on will form the core proposition to get subscribers through the door; then, they can cross-subsidize by serving those readers profitable sponsored content or affiliate links in the high-value categories the editor name-checks: luxury and lifestyle, technology, money and travel.”

The shift to a product-first quality consumer proposition that motivates logins seems sensible on paper. To entice people to register, and potentially ultimately subscribe, the newspaper will need to do more than ever to stand out against local competitors with equally ambitious propositions.

“The question is whether the paper can really commit to the strategy. Is 39 new editorial roles much compared to the rounds of layoffs the business has undertaken when it was in cost-minimization mode?” said Evans. “Will they be able to stop worrying about day-to-day traffic numbers? The concern for traffic has led many news outlets to concentrate on entertainment, celebrity and overblown opinion pieces, things which get readers onto the site but don’t convert them to loyal, registered or paying readers, and it will remain very tempting to chase those numbers on a piece-by-piece basis.”

There has never been more pressure for publishers to prove their own audience data is unique. Likewise, it’s just as competitive for publishers pitching branded content briefs. Therefore, any major difference in approach to areas like platform partnerships and new device innovation attract agency attention.

“The Telegraph has taken a very different road to the likes of the Guardian, for instance, on its relationship with platforms, and in particular, Apple News, and that helps it stand out,” said Julian Purnell, partnerships and emerging media director at digital media agency Essence. “The fact it’s now gone in early to experiment with the Amazon Echo show is interesting because brands are still unsure of how to tap the smart-speaker space and how to monetize or capture an audience there. The Telegraph could have first-mover advantage there.”