Inside the Guardian’s consumer-revenue operation 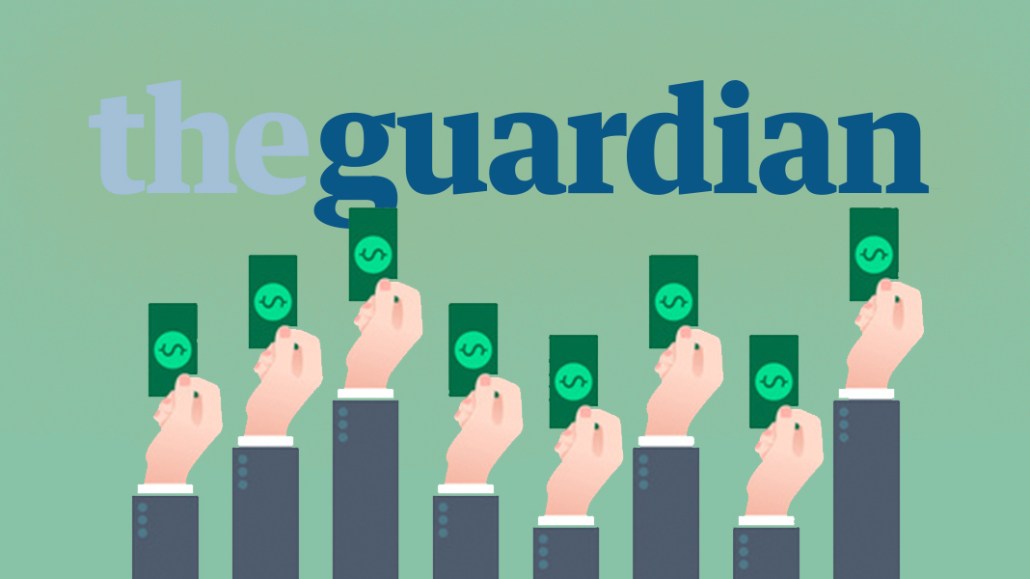 The Guardian is now making more money from reader revenue including paid memberships and subscriptions, than advertising revenue. Since February, it has grown paying members from 200,000 to 500,000, while one-off contributions have gone from 100,000 to 300,000 equating to £7 million ($9 million) during the same time period. Half of those 300,000 contributions come from the U.S., according to the publisher.

Building consumer revenue has been a cross-departmental effort involving around 50 people across editorial, marketing, commercial, product, engineering and user experience. Now, with a year’s worth of data under its belt, it’s easier to spot patterns of behavior and preferences across different markets — information it will use to help with attracting more paying members, retaining existing ones and preventing churn, according to Natalie Hanman, executive editor of Guardian Membership.

Like many other publishers, the Guardian has seen a traffic windfall (and subscriber uplift) from its coverage of Trump, Brexit and other divisive political news. Sustaining that momentum will likely get harder. To offset that, the Guardian plans to create its own editorial, investigative series called “moments,” around which it will market membership sign-ups. A mix of editorial gut instinct and reader data will inform the topics and themes for these editorial series.

Data showing what topics people were reading about directly before signing up to either donate or become a member is aggregated to help pinpoint where to increase editorial efforts. The Guardian believes its coverage of the environment and climate change has driven paid sign-ups. Seeking to draw in new subscribers and retain existing ones, its editorial team will pursue stories it believes are underreported within those areas.

In June, it ran a Kickstarter-style campaign called “This Land is Your Land,” an editorial series on the U.S. government’s giveaway of America’s public lands. The campaign generated $100,000 (£77,000) over two months. Some of the proceeds went to beefing up its environment reporters, according to Hanman.

In the U.S., people have leaned more toward the one-off donations than in the U.K. The publisher has recently launched a monthly contributor sign-up option.

The Guardian has also introduced products that give readers added access. One of these is a monthly podcast called “We Need to Talk About,” featuring readers’ and members’ email-submitted questions on topical political, cultural and environmental news issues. Guardian journalists and external experts weigh in on big news issues, as well as topics members or readers have asked for more coverage on. They will sometimes call the reader or member who has submitted questions and involve them in the discussion.

“Initially, a lot of people across the organization, especially on the commercial side, would just say, ‘Why don’t we put up a paywall? Everyone else is,’” said Hanman. “They didn’t quite understand the scope of this, but having journalists involved was important, and it’s nice to see that people have gone from being skeptical [about this approach] to seeing that it makes sense.”