Salon to ad-block users: Let us use your computers to mine cryptocurrency (really) 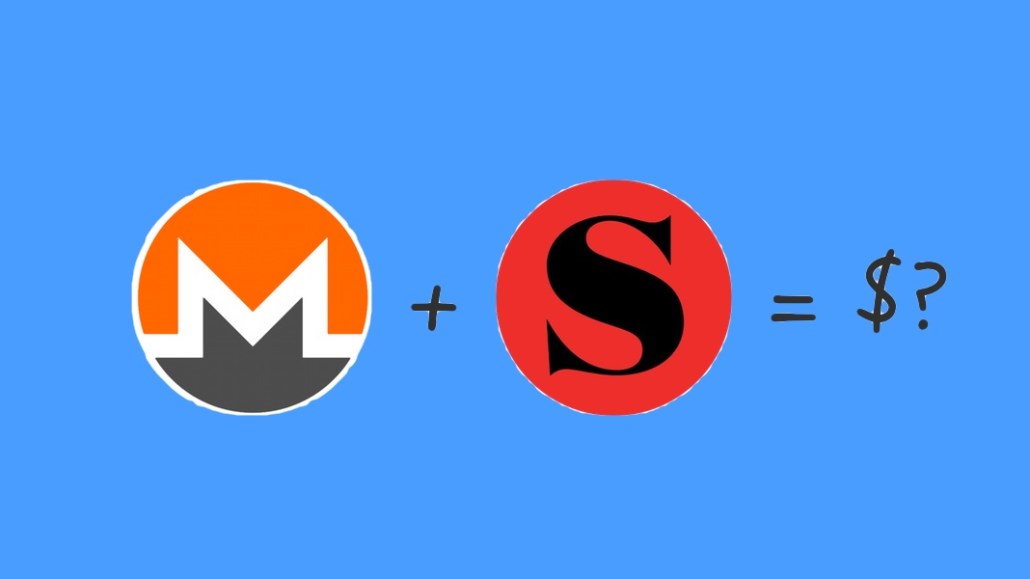 Give Salon points for novelty. On Feb. 12, Salon added an unusual proposition to the message it greets ad-blocking site visitors with: Either whitelist us, or let us use your computer’s spare processing power to mine cryptocurrency instead.

Those who grant Salon consent then have Coinhive, a piece of software that uses JavaScript to commandeer users’ computer processors, launch on their computers or phones. The software then uses that computing power to solve complex math problems, the process required to produce more of a cryptocurrency called Monero.

Though Salon’s move will only apply to a small share of its total audience — around a quarter of its audience has ad blockers turned on — the publisher said it sees cryptocurrency mining as a serious source of revenue in the long term.

“This is not a farce,” Salon Media Group CEO Jordan Hoffner said. “We were intent on being the first media company to make this part of our monetization strategy.” 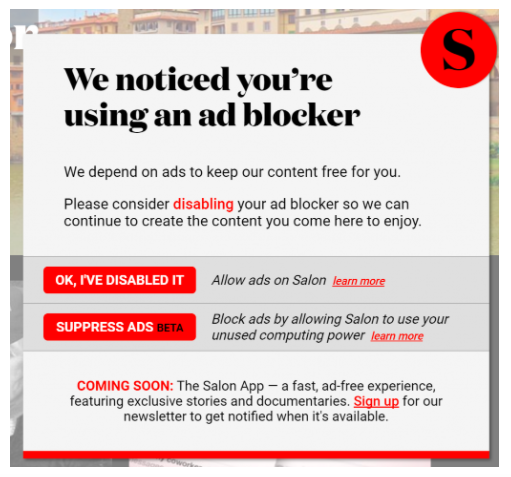 According to Hoffner, Salon’s development team had been kicking around the idea internally for months before it first became aware of Coinhive. Hoffner, a former Google executive, said he spent two years studying blockchain and cryptocurrency and thinking about how it fits into digital media, a question that many have been turning over in their minds.

Salon was a pioneer in digital publishing, but has shrunk to become a small company. In the last nine months of 2017, it reported just $3.9 million in revenue.

Immediate reaction to Salon’s move has been mixed. Some cryptocurrency watchers saw the idea as intriguing. “If this caught on, it would represent a major disruption to the mining industry,” said Preston Byrne, the founder of blockchain client Monax and a fellow at the Adam Smith Institute. “It would mean you could produce large mining farms simply by producing good content.”

Hoffner, for his part, sees the move as a way to gather more information about how to best pursue this strategy. “Right now, this is a ‘better than nothing strategy,'” he said. “But down the line, we will get there. We just need more information to build the product.”