Recode’s Kara Swisher: Facebook only pretends to care about the media 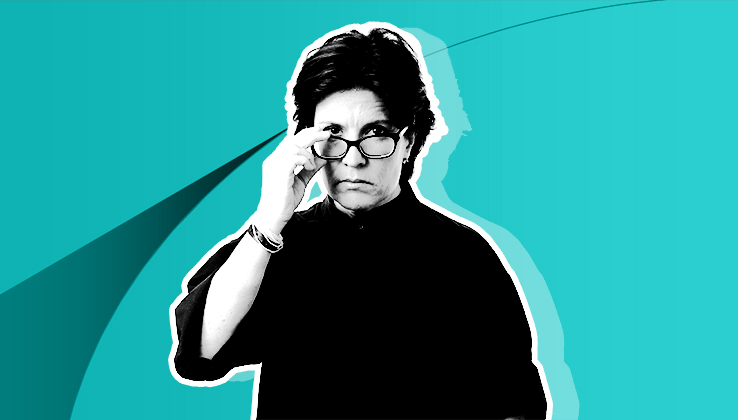 On this week’s Digiday Podcast, Recode executive editor Kara Swisher said Facebook’s relationship with the media has long been based on lip service.

“[Facebook tries] to use as much free material as possible to get people to stay on their platform,” said Swisher. “They don’t care what does that. They pretend to care. They give speeches, and go to media organizations and sell that vision.”

Swisher discusses the need for Facebook to clean up its act, whether platforms will ever pay media organizations, Recode’s venture into TV and more in the episode. Edited highlights appear below:

Facebook’s relationship with the media
“I don’t think [Facebook] was ever going out with the media. The media thought so. AOL did the same thing. They were courting the media, and then they weren’t because their business changed. In Facebook’s case, they needed the media to make that news feed more interesting. Turns out, media is messy, and they can’t figure out a monetization strategy.”

YouTube, not Facebook, has an ROI
“[Facebook is] there for what they do, and people should understand that. YouTube is a better chance. You create something, make an audience and get a cut. [Facebook] probably [doesn’t] have enough stuff to develop the YouTube personality. How do you develop after five years of doing the same thing?”

Grow up, Facebook
“Facebook has a product that’s addicting. They have to think hard about how the product is being used. It’s the same thing if it’s Russia, content being misused, fake news going up, advertising targeted to anti-Semitic groups. They have to control their platform. If a broadcast network lost control of their platform like this, government would come down on them like a ton of bricks.”

Platforms won’t pay
“Jonah [Peretti] talked about [platforms paying media], but I just don’t think it will happen. They will only pay for it if they can get money for it. I think [media doesn’t] have a sense of what their own business is.”

Events are difficult to grow
“Conferences are not a scale game. It’s like putting on a Broadway show. They can be very profitable, but our conferences are dependent on Walt [Mossberg], Peter Kafka and I. That’s a problem. But you can only do so many of those. It takes a while to make those. Scaling is hard, but it’s a nice little business.”

Pivoting to TV
“The way cable is set up is such a reductive screamfest. You learn nothing. I believe in substantive conversations. I was angry about the tech industry. I was very interested in the future of work. So I said, let’s talk to Google, Facebook and other people who are making the future. Let’s have town halls with real people. We don’t have to have solutions, but let’s talk. Because who is responsible? We’ll see if it works on TV.”