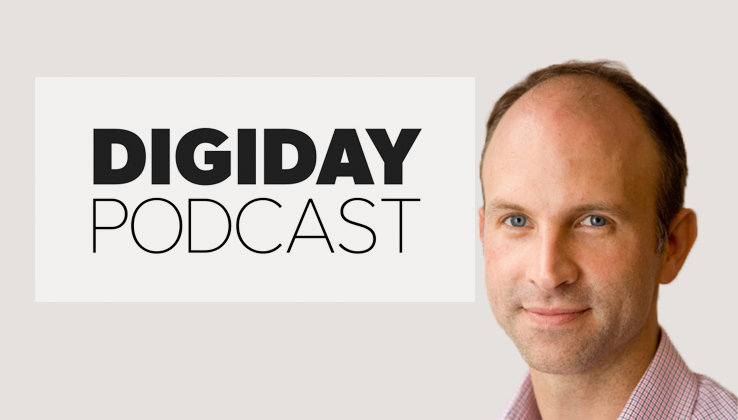 It’s been five years since Quartz launched as a website for mobile devices. Since then, the digital-first, global business news brand has expanded to new markets, including India and all of Africa, and remained free.

On this week’s Digiday Podcast, Quartz’s co-president and editor-in-chief Kevin Delaney defended the advertising business model and discussed the pivot to video, venturing into lifestyle and more.

“The core of Quartz will always remain free,” he said. “We’re focused on a specific segment, the business news. It’s a global audience, which is like the dream of a lot of marketers.”

Below are the highlights of the conversation, edited for clarity.

Quartz still bets on advertising
“We still have confidence in advertising. It’s a business model that works. We think that advertising has been done in a manner that’s not super friendly to readers. Advertising will be the foundation of what Quartz will be over the next five years. Our audience is 52 percent female. It’s also younger — in their 40s, which is different from the general stuffy board rooms. This is the audience that a lot of advertisers want to reach.”

Video is not the ultimate save for news organizations
“Pivot to video is code for ‘we don’t know what our business model is.’ News organizations are looking at video as the holy grail of trying to find a business model. It is a different business producing video for television than it is producing a 90-second video you roll on Facebook. [TV news networks are] good at it; there are established rates and profit margins.”

Quartz depends on platforms
“Facebook has made Quartz possible in some ways. We started Sept. 24, 2012 with zero readers. There are a number of platforms which we used to build up to where we are today, and Facebook is among them. We have this super qualified business readership, which we found through Twitter, Facebook, LinkedIn and other platforms.”

Lifestyle can make sense in a business publication
“Quartzy is a weekly lifestyle newsletter. [There are] service elements as well as fashion, travel and food. If you view business professionals as among the most avid travelers, purchasers of fashion and cars and consumers of fine food, it’s totally coherent with serving that [Quartz] audience.”

Not all old products lose value
“One of the things that has been surprising is the vitality of the things that had been written off. [They] were actually capable of being revived. The classic example is the email newsletter, which had been neglected. [Also] there were news organizations that had flipped the switch on their podcasts because they didn’t see any value in them. Paywall is another thing.”