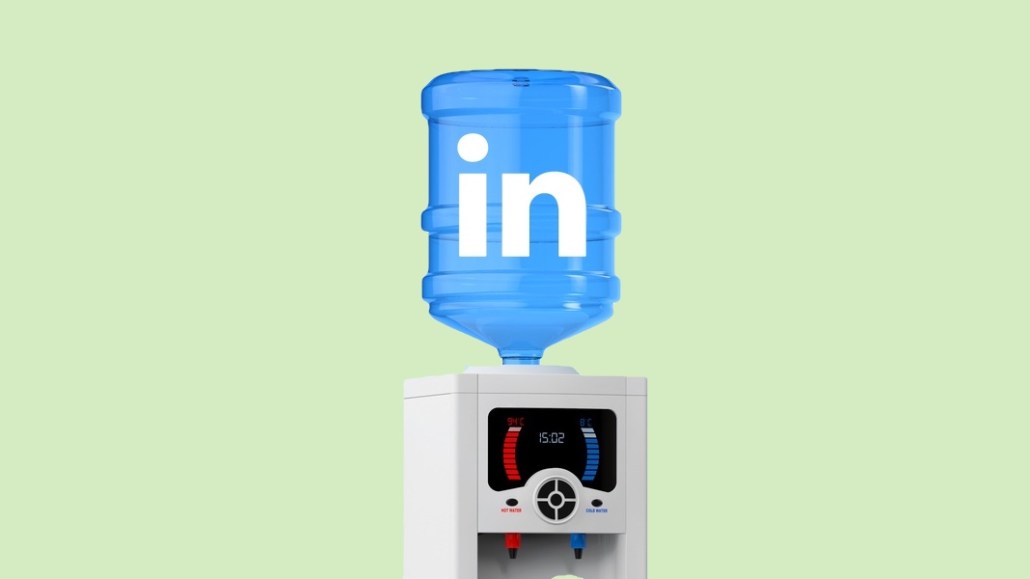 Publishers who are looking to reduce reliance on Facebook since the social network announced plans to deprioritize news are giving LinkedIn a fresh look.

LinkedIn is best known as a social network for business professionals, but even publishers beyond the business space are eyeing the platform to see where they can capitalize on it.

News UK titles The Times and Sunday Times don’t post any content to LinkedIn, but the publisher said it plans to make publishing there a bigger focus this year.

HuffPost UK is working on an editorial series of work-related videos and text articles more suited for LinkedIn. Lifestyle publisher Shortlist Media is hiring several people to focus on LinkedIn.

Shortlist Media was approached by LinkedIn in last two months to test what video content works well with audiences. LinkedIn’s U.K. team is not adverse to receiving feedback on what works, said Owen Wyatt, managing director at Shortlist Media, who meets with the platform every other week.

“When I look at all the platforms, the biggest opportunity to grow audience and revenue is LinkedIn,” Wyatt said. “LinkedIn is trying to learn with content companies.”

Publishers like the Financial Times, the Economist and CNBC in the U.S. are also testing native videos on the platform, which LinkedIn rolled out last August. The Economist’s video on artificially grown meat has generated 2,000 likes and a few dozen comments. The FT posts a weekly five-minute video on a look ahead at the week’s news and 60-second stories like Tuesday’s launch of Space X’s Falcon Heavy. Both videos have around 500 likes. CNBC International isn’t doing native video tests with LinkedIn, but video content created by the International team like this Davos explainer video, has had 500 likes and two dozen comments after being posted to CNBC’s flagship page.

Jessica Chan, business development manager at LinkedIn, said the platform is partnering with select publishers on early access to new tools and products, in the U.K. publishers like Business Insider UK, The Economist and Financial Times joined the native video pilot in December. “We’ve heard from some publishers that they are seeing impressive views and distribution of their videos and promising growth in follower counts since joining the pilot,” she said.

Publishers are unlikely to replace lost Facebook traffic with LinkedIn, though. LinkedIn is still a tiny source of referral traffic for publishers, accounting for less than half of 1 percent of all global referral traffic, according to Parsely data. While desktop traffic was flat last year, mobile referral traffic for LinkedIn across Parsely’s publisher base more than doubled. Engagements on LinkedIn content have increased fourfold in the last two years with publishers like Forbes, the BBC, Bloomberg and Business Insider, according to NewsWhip. LinkedIn told Digiday that comments, likes and shares are up more than 60 percent year-on-year, due to product updates, new features and analytics.

LinkedIn is also taking a slow and steady approach to video, perhaps to avoid repeating the brand-safety and measurement mistakes of other platforms before it, like YouTube and Facebook. Outside of branded content, LinkedIn hasn’t said how it will monetize video content through ads, according to publishers in the U.K.

There’s also a perception among publishers that it’s harder for small media companies than for big ones to reach large audiences there, whereas Facebook was more of a level playing field.

Page-follower growth has been slow for CNBC International, despite its business and finance content having a natural place on the platform, said Cristy Garratt, head of digital video and social media at CNBC International. LinkedIn drives more meaningful traffic when CNBC International’s reporters post stories from their own profiles than when the publisher itself does.

“Engagement [on posts] is really hit or miss,” said Garratt. “LinkedIn is newer to the news-feed game, and we’ve seen improvement since it redesigned its app. Hopefully, video will be a game changer.”