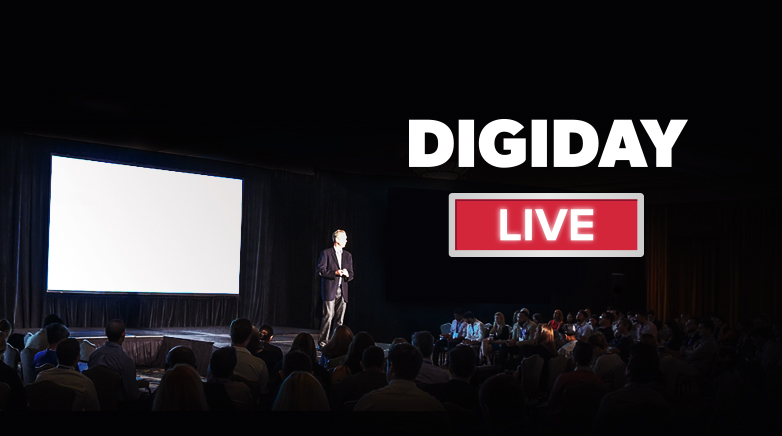 The jury is still out on Snapchat as it requires a unique approach to content that has not yet established itself as a reliable revenue stream. That hasn’t stopped PinkNews, a 13-year-old LGBT-focused website, from launching on Snapchat in July. Pink News reimagined their desktop content for mobile and made a bunch of new investments. Now it is seeing the gains come in strong.

“We had to invest quite a bit to start up,” said Benjamin Cohen, CEO of PinkNews, at the Digiday Publishing Summit Europe held on October 15, 2018. “On a monthly basis, we’re profitable. But we’re piloting this for seven months before we went live. We haven’t yet recouped all of that development cost. But revenue is really strong. It’s comparable to the CPMs on Facebook Audience Network but the numbers are just bigger.”

In this episode, Cohen discusses how they approached their content for Gen Z, their takeaways and results so far. Edited highlights below.

Why Snapchat?
“The numbers speak for themselves. This is our audience after our first two months on Snap. Seventy percent of our audience is under 24. The Kinsey scale was one of the stats that in our decision to go Snapchat. Named after the American sexologist Alfred Kinsey, [it] asks people to measure their sexual attraction from zero being exclusively heterosexual to six being exclusively homosexual. Numbers from YouGov three years ago from the UK market showed that a very large percentage of [people] under 24 define their sexuality as not a 100 percent straight. That informed us that it was a huge potential audience on Snap. We did a Kinsey scale of our Snap audience over the weekends and a quarter of a million people responded to it. And our numbers pretty much matched these numbers from 2015.”

What was our approach?
“Having convinced ourselves and Snap, that we should launch as the first LGBT+ content partner, we had to figure out how to turn a desktop publisher into mobile for the new generation. This generation is consuming content on Instagram, Twitter, YouTube and Snapchat. Facebook is not in this [group] because this generation is not using Facebook. We needed to think about making content for a generation that is consuming very visual content. The most obvious thing to do was to invest into [a] new skill set like motion graphics. We also needed to expand our video production capabilities. Cheap, aggregated videos that we used to make for Facebook don’t work on Snapchat. We had to go film things properly. It’s completely changed the way we approach our video production. Simply importing content from your website doesn’t work. It was genuinely thinking about how to create new content.”

Snapchat is outdoing Facebook.
“When we launched, we were producing two [editions] a week. We then grew to three a week in month two. We’re now producing five a week as of last week. We’re not daily yet. In our first two months, we achieved a total audience of over 20 million unique users. We have an average of 1-2 million unique users per edition and a record of 35 million views on a single edition as well as a record 4 million users on an individual edition. We’ve been affected by the Facebook algorithms. We’re now getting more traffic on an individual day from Snapchat than we get referral traffic from Facebook in a month. So it’s massively more important now than Facebook. We think we’re only scratching the surface. In our first two months, we’ve built a base of 400,00 subscribers on Snapchat. As a comparison, it took about eight years to build a similar level on Facebook. That’s really rapid growth on Snapchat.”