‘There was no accountability’: What went wrong for The Players’ Tribune 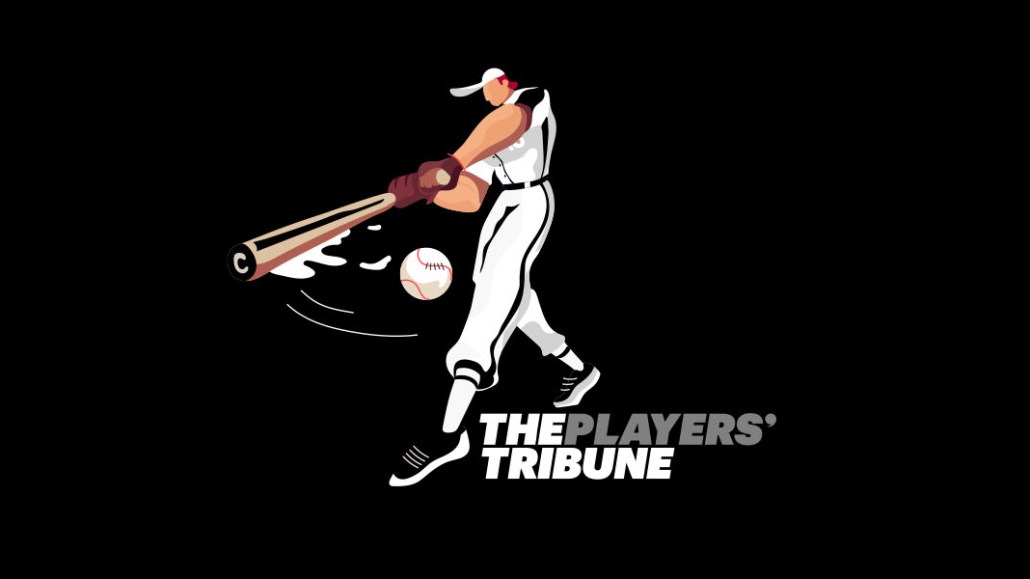 In late 2017, The Players’ Tribune scored a big hit when NFL MVP Cam Newton posted “Dear Chosen,” an open letter to his son, complete with a video shot shortly after the baby’s delivery. Like many of the sports site’s stories, the essay was quickly written up by other sites, including Bleacher Report and Essence, and the video drove more than 70% of the video views it had gotten that month. It was also the only story to really pop that month. The site’s traffic also fell 30%, partly because of low editorial output, with just 40 posts published in January, according to one former employee.

Such has been the boom-and-bust nature of The Players’ Tribune, the athlete-focused media company whose co-founder, Derek Jeter, is reportedly looking to sell. In late October, Bloomberg reported that The Players’ Tribune had secured a financial adviser to help explore options for a sale; last week, The New York Post reported that the site, which has raised $58 million since launch, is “hemorrhaging money,” having gone through some $80 million since its launch in 2014.

The Players’ Tribune started with access to some of the most sought-after sports talent in the world, and quickly built a reputation for producing great content with that talent. Those ingredients yielded several hits — The Players’ Tribune produced and distributed content from Kevin Durant, Joel Embiid, Allen Iverson and Derek Jeter that controlled the sports media news cycle on the days it was released. More recently, the startup produced video series content that’s appeared on Fox Sports 1 during the MLB Playoffs, and it has licensed several short-form series to Facebook.

But the company also produced too little content to thrive in a crowded digital media landscape, which, in turn, hampered the company’s branded content business and subsequent efforts to diversify its revenues. The Players’ Tribune’s website has attracted fewer than 1 million monthly unique users in 14 of the past 15 months, according to Comscore data.

The startup also failed to keep its costs under control, paying top dollar to work with talent that did not always promote the finished product, which compelled the site to overspend to hit branded content view goals. (Full disclosure: In 2013, I worked for a company that helped develop The Players’ Tribune, and contributed to an effort to find an editor for the site.)

“[Athletes] loved working with us, but it came at a cost,” a second employee said. “The go-to-market package was flawed from the onset.”

The Players’ Tribune’s editorial department has chosen quality over quantity to a degree almost unheard-of in ad-supported digital media. On a good week, the site might publish five pieces of content, which could be anything from a podcast post to a personal essay to a new installment in a video series.

But the site was also hamstrung by the low output of that staff, according to multiple staffers, some of whom said that the site’s editors rarely exhibited any urgency about what they were doing. “I understand that this is very intimate, and it can be raw [for the players],” the first former employee said. “But an editor would be working on one story for months. The turnaround just needed to be faster.”

On some level, the low level of output did not matter because The Players’ Tribune did not rely on display advertising for meaningful revenue. But it hurt in other ways. For one, the strategy made it difficult to keep marketer interest. “My gut is that they’ve had trouble sustaining top-of-mind awareness from a media go-to standpoint,” said Dan Lobring, vp of marketing communications at rEvolution, a sports marketing firm.

The low output also put pressure on the branded content that The Players’ Tribune relied on to drive most of its revenue, despite efforts to diversify into other areas, including video licensing, podcasts and, more recently, merchandise and events. The lack of raw material for Facebook and other social platforms to distribute made it harder for Facebook to determine that The Players’ Tribune’s content should be distributed to a large chunk of audience.

“Without training the algorithm, there’s not going to be any organic lift,” said Michael Wertheim, a media consultant who has advised publishers including Atlantic Media, New York Media and National Geographic. “I think they’re banking on the branded content having a celebrity component, so you won’t have to pay quite as much. But with Facebook changing its algorithm to not privilege professional content, that’s tough.”

Without that lift, The Players’ Tribune had to spend extra money distributing the content. Even on campaigns that did well, the site would often spend money to surpass campaign goals, in an attempt to drive renewals with clients. That strategy worked less than half the time, two sources said.

On the business side, there were other challenges. Many of the people that started The Players’ Tribune had come from Excel Sports, the sports management firm that represented Jeter. The Excel veterans had deep expertise working with athletes, making them feel comfortable opening up about things such as depression, or losing family members to gun violence.

They also brought a sensibility that athletes should be well-compensated for participating in branded content campaigns, often paying athletes more than the campaigns themselves were budgeted for, according to multiple sources. That helped attract top-shelf players in the early going but led to high costs that put pressure on The Players’ Tribune’s branded content programs.

“We were overpaying,” one source familiar with the matter said, who added that the athletes were not always engaged with what they were doing, particularly when it came time to promote the campaign or series. The first source said that it was not uncommon for athletes not to promote the work at all, or to do so weeks after launch.“It really worked when the athlete came in really excited,” the second source said. “But for the athletes, this is not important to them, at all. Maybe you have an agent or a manager telling them, ‘You have to do this, you’re not going to play forever.’ But for the active guys, this is pocket change.”

This story has been updated to include input from a representative from The Players’ Tribune. An earlier version of the story said the company paid athletes more than branded content campaigns were worth. It has paid them more than budgeted.