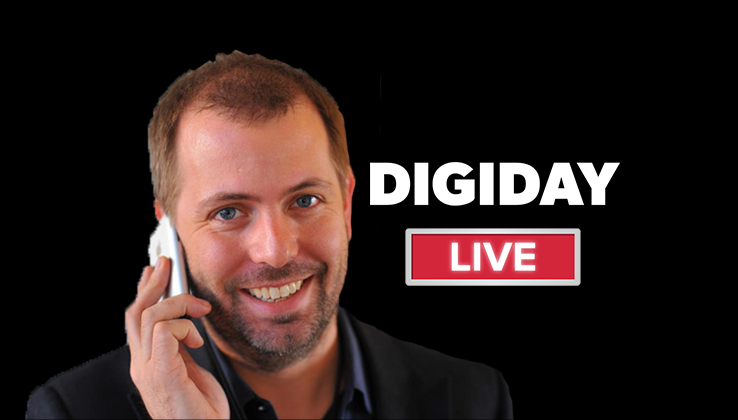 Insider, a publisher whose content and business model was seemingly built to thrive off Facebook, is weathering Facebook’s news feed change.

“Direct referrals from Facebook to our websites are down,” said Pete Spande, CRO of Business Insider parent Insider Inc., at the Digiday Publishing Summit in Vail, Colorado. “Facebook content on-site, video and Insider on Instant Articles has held steady.”

Spande discusses Insider’s growth in a changed Facebook environment, the publisher’s advertising business, its subscription offering and more in this session. Edited highlights appear below:

Audience growth is still the goal
“Top-line revenue was 45 percent year on year. We were subtracting some profitable deal-related costs. It was not the year we were expecting going in, but it was [a good year]. Ultimately, what we consider our business is, we create content that informs and inspires people that drives them to share the content, so we can get more audience. If we don’t see the earned media part, we haven’t done our job. That’s the business that gets monetized in many ways, not limited to advertising.”

Allowing revenue streams to work independently
“We had a very good year from an execution perspective. We were very aggressive at diversifying our revenue streams. We gave a lot of autonomy to each of those major revenue lines. We encouraged e-commerce to crush without worrying about direct sales or programmatic. We embraced partnerships with other people selling our inventory. What you saw later in the year was that many businesses that were having some corrections realized that they have to move more of their focus off of the ad business to other businesses.”

Advertising revenue is still high
“If you look at advertising as just direct or programmatic advertising, [revenue] is a little over half. [Add streams] where we partner, like with Google, Facebook, Twitter and others who might be selling ads against our content, then we’re closer to 60-70 percent. The rest is other. My goal is over a period of many years to get that to a third each — subscription, advertising and other.”

Growth in a changed Facebook environment
“We very purposefully build Insider on Facebook as a Facebook brand. We’re the fastest-growing English-language publisher on Instagram. We have a big footprint on Twitter, and we have syndication partnerships. We still see billions of video views on Facebook. We also have a really fast-growing YouTube channel. A lot of Facebook’s algorithm is focused on what other people are sharing, where we do well. They’re also prioritizing long videos over short ones. It took some adjustment, but we’re doing well. Our average watch time has grown significantly, even though we’re producing fewer videos. We have over a billion videos that have at least 30 seconds of watch time on Facebook.”

Insider’s subscription business needs improvement
“We’re looking to create deeper content in areas where we know we have demand. It is 10-15 articles a day. Over time, we’ll be making this service clearer. We’ll reinforce the value proposition with the user experience.”