‘But I’m still on deadline’: How remote work is affecting newsrooms 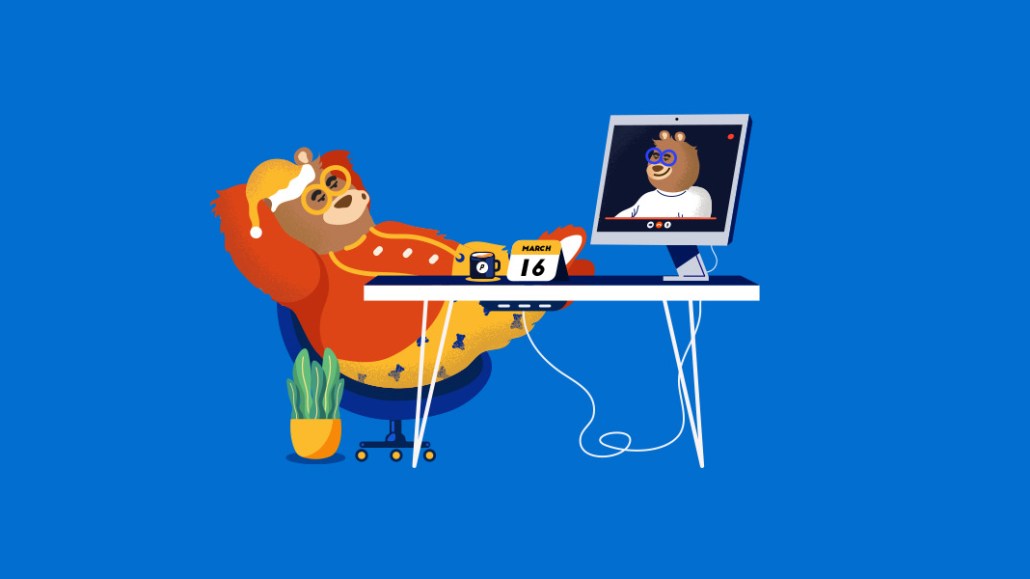 Safety concerns in the midst of the coronavirus pandemic are quickly creating a new normal for media workers.

At WNYC, on-air hosts have been given personal microphone sleeves that they bring along to recording sessions to minimize the threat of contamination. The commerce team at Refinery29, working from home like everybody else, sends a different staffer to the offices every other day to pick up the packages of samples and other products sent in for review while everyone else stays home. Employees with families are being forced to carve their houses up into multiple work stations: An executive at the Atlantic commandeered their children’s room so their spouse could set up shop in their bedroom.

And reporters, full-time and freelancer alike, are struggling to hit deadlines as their sources, who are navigating upheavals in their own personal and professional lives, become a lot harder to pin down.

“I get that it’s more important for them to talk to people [other than me] about an emerging crisis,” one reporter said. “But I’m still on deadline.”

The spread of communication tools including Slack and Zoom, as well as cloud-based CMSes and productivity tools like the Google Suite make it easier for journalists to do their jobs remotely. But some logistical issues could mean media companies with diversified revenue streams may have to adapt during the next few weeks of isolation.

Law360, a legal news publication, decided to pause its weekly news podcast with everybody scattered, opting instead to re-distribute “Law360 Explores: Legalization,” a series on marijuana legalization originally published last year. The show’s producer, bouncing between a desk and a kitchen table in his apartment, has busied himself planning for shows he hopes to record many weeks from now.

In the past week, publishers ranging from Insider Inc. to Vox Media to The New York Times have all instituted temporary but mandatory work from home policies. Other publishers, including Vice Media, The Washington Post, McClatchy, Meredith and CNN have all recommended that staffers work from home.

Most of the policies require staffers to stay away from the office only for the next few weeks — The New York Times, for example, will keep people out of the office for 10 days — but they are being instituted at a moment when infections have begun to crop up across media: employees at CBS News and Condé Nast have tested positive for the disease this month.

Executives did not take the decision to institute these policies lightly. The management team at Insider Inc. had been discussing the prospect for weeks before the formal announcement, a spokesperson said, and the company took steps in the days beforehand to get its newsroom ready for it; during Business Insider’s last all-hands meeting before its policy was announced, editor in chief Alyson Shontell delivered a presentation on how reporters working remotely went about their jobs.

Some publications have been drawing on past experiences. Vox Media, which built its development and engineering workforce remotely almost a decade ago, has been using a remote workplace handbook developed internally during that process to train both managers and staffers. It has been conducting online training sessions for both employees and managers, and has plans to run further online tutorials this coming week, a spokesperson said.

Some publishers that have diversified the kinds of content they make have had to take extra steps and change their workflows. Vox Media distributed extra microphones and digital audio recorders to staffers working on shows in its podcast network, so they could record podcasts from home; producers have been encouraged to record their guest interviews in remote locations, rather than in the Vox Media studios.

Eventually, however, reporters still have to leave their houses to cover the news, and in the wild, old habits die hard. Last week at Harvey Weinstein’s sentencing hearing in downtown Manhattan, the scrum of cameramen, radio and print reporters was just as tight as any that might have formed several weeks earlier.“There were a lot of social distancing jokes,” one reporter in the crowd said. “But other than that it was the same.”