The Hustle wants to become a membership and services company 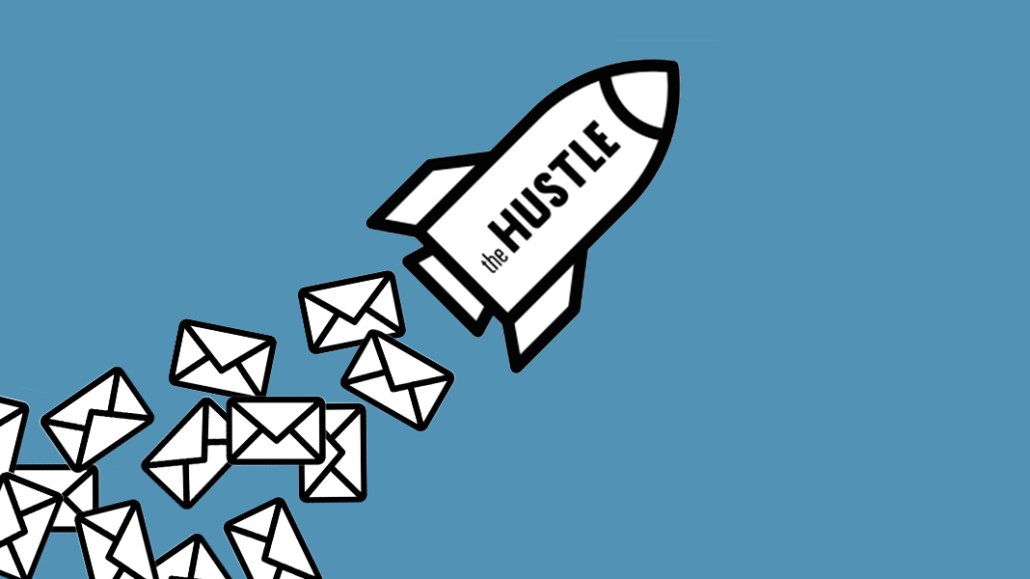 San Francisco startup The Hustle started out as a newsletter built to promote Hustle Con, an event for startup founders and young people on the make. In the year ahead, it plans try to turn itself into a service-oriented media brand, not just with more ticketed events but a software and product recommendation service.

“We get classified as a media company a lot, but I don’t know if that’s entirely accurate,” Hustle co-founder Sam Parr said. “I think we’re a membership company.”

The fuel for The Hustle’s growing ambitions is its newsletter, which now has more than 500,000 subscribers, up from 100,000 subscribers 18 months ago, and an open rate north of 40 percent, nearly twice the 22 percent benchmark for a media or publisher’s newsletter, according to MailChimp.

Thirty percent of The Hustle’s newsletter subscriber base comes from a referral program like theSkimm’s. Initially, readers who referred contacts to The Hustle got swag like T-shirts. Today, if they refer 10 people, they can become one of the 3,000 Hustle Ambassadors, which gets them access to a private Facebook group for other ambassadors and The Hustle’s seed investors, who include author Tim Ferriss and Bleacher Report co-founder Dave Nemetz.

Those ambassadors, along with The Hustle’s most engaged readers, have inspired some of its new ventures. For example, the company noticed that people in the Facebook group regularly talked about which products or services were best for a specific task or job at work.

Based on that, Parr is building a product-recommendation service for business software that’s slated to launch in early 2018.

Audience feedback has also informed The Hustle’s events business. The site’s female audience responded positively to seeing other women as presenters at Pizza & 40s, an initially male-dominated lunch-and-learn event, so The Hustle — whose audience is now 40 percent female, according to Parr — launched a new event series, 2X, centered around female founders and executives telling their stories in a TED-esque 10-minute format. Two installments, held in San Francisco and Los Angeles, sold over 1,400 tickets that cost between $15 and $35, a big enough success that The Hustle plans to expand the series to five cities in 2018, including Chicago, New York and Austin, Texas. Until now, The Hustle has only staged one event outside California.

While growth and brand-building will remain important for The Hustle next year, Parr said his top priority will be ensuring The Hustle’s readers stay engaged with the newsletter. The newsletter is designed to be self-contained, so it regularly surveys readers to get their feedback. The Hustle also taps into Facebook audience data and third-party data sources to gather demographic data that newsletters do not readily offer up to publishers.

“There’s been a re-emergence of email,” said Jed Williams, the chief innovation officer of Local Media Association. “As you look at newsletters, the most important thing is how engaged that list is.”