The Economist’s subscriber base is 70 percent male, and it’s trying to change that 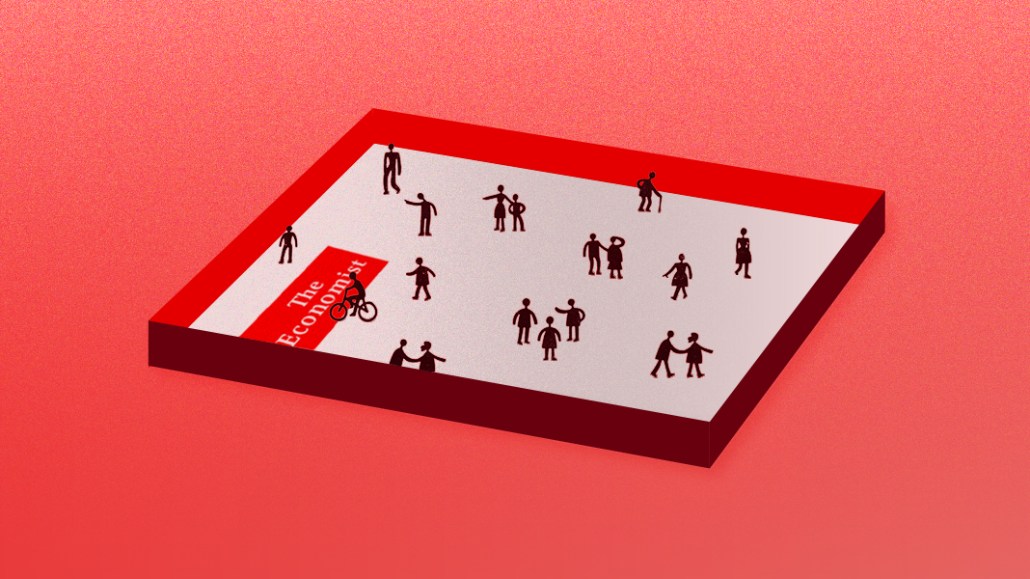 In order to grow its global readership, The Economist is targeting an underrepresented demographic in its audience: women. Less than 30 percent of its 1.4 million print and digital subscribers are women, according to the publisher.

Tying in with International Women’s Day on March 8, the publisher has launched in front of its paywall a content hub featuring 10 previously published profiles of inspiring women such as activist Betty Friedan. It’s driving readers to the hub through targeted social media marketing on Facebook, Twitter and Instagram. Posts on architect Zaha Hadid and mathematician Maryam Mirzakhani are performing three times better than The Economist’s median reach on Facebook, although the publisher wouldn’t share specific figures. Readers can also download the profiles as a package in exchange for registering with an email address.

People who visit the site have generally the same content preferences — international politics, education, health care, the environment — so the editorial tone and topics are not overly suited to one gender. But The Economist has a perception problem. People believe it only covers political and economic topics, when its scope is much broader, spanning topics like society and pop culture through an Economist lens.

“In the past, The Economist has taken a didactic and authoritative approach,” said Marina Haydn, evp of circulation and retail marketing at The Economist. “We want to be more open, inviting and welcoming when engaging with prospects in general.”

As part of its effort to grow its female readership, the publisher started conducting research with semiotics and language analysis research firm Ipsos Connect last June. This research, led by a global team of 16 women across The Economist’s marketing, advertising, product and editorial departments, informs the marketing copy for its ad campaigns. Eleven staffers within the marketing department ensure marketing campaigns incorporate the research findings — and Economist coverage. For example, an article on the gender pay gap informed the copy for its outdoor ad campaign launching this week that advertises International Women’s Day.

“We’re talking about nuance here,” Haydn said. “There are societal elements that people have that mean they perceive communications differently, and we’re adjusting that to improve our relevance among female prospects.”

A more even gender split in The Economist’s audience would appeal to advertisers, according to John Thomson, head of media at 360i Europe. The Economist said it’s having ongoing conversations with ad clients, but this push to target women hasn’t yet helped to win new business. “The world of business changed beyond all belief over the last 25 years; however, many publications look and feel like an old boys’ club,” Thomson said. “There is a big untapped audience here.”