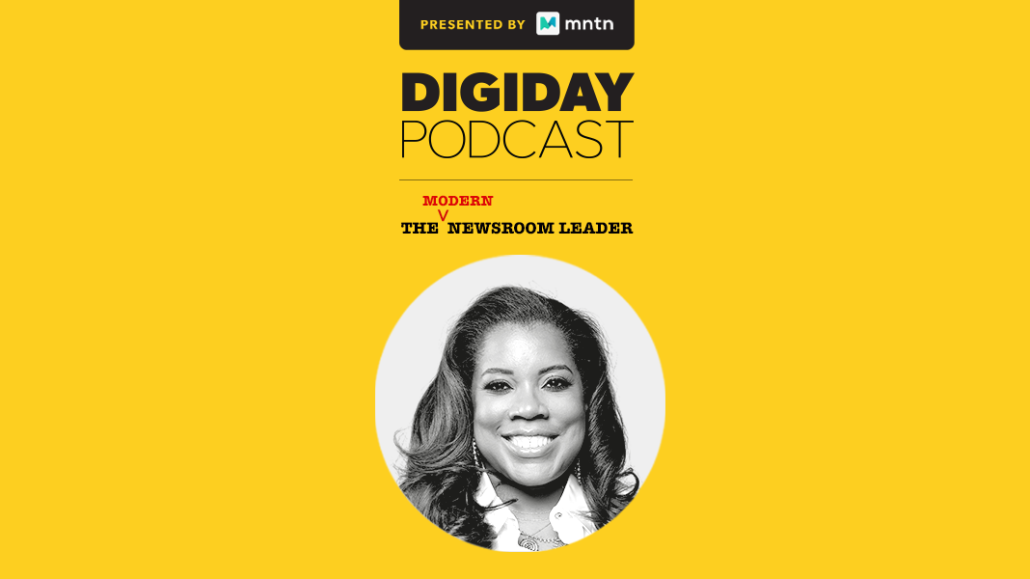 When Danielle Belton started as HuffPost’s editor-in-chief in April, she stepped into a newsroom that had spent a year in tumult. In addition to the trials of covering and living through the pandemic, the news outlet’s staff had gone through a sale from Verizon Media to BuzzFeed that eventually led to 70 HuffPost employees being laid off. And all the while, the newsroom had been without an official editor-in-chief (HuffPost’s former executive editor Hillary Frey had served as the de facto leader during that time).

“They went so long without an editor-in-chief. The fact that there was going to be one put into place and that they were going to have their own leader independent of BuzzFeed and BuzzFeed News meant a lot. I felt like the reaction I got was actually more warm than anything else. And one of relief,” Belton said in the latest episode of the Digiday Podcast, which was recorded live during the Digiday Publishing Summit on Sept. 27 in Miami.

Of course, Belton’s appointment alone wouldn’t instantaneously alleviate all stress and anxiety among HuffPost’s staff. That’s why the former editor-in-chief of G/O Media’s The Root sees her role as being the outlet’s “newsroom therapist.” It’s a role she has found herself playing since she started working in journalism and spent time roaming newsrooms where she has worked to check in with other staffers.

A 90-day plan and forever tour

I enacted a 90-day plan. The first 30 days of the 90 days was a listening tour, which I extended for pretty much the duration of the 90-day plan into infinity. It’s a forever tour.

Getting to know the newsroom

The last thing I wanted to do was to come in and start changing things, start just ordering people around without having any idea of how things historically have been done at the organization. And so I was like, ‘What’s the fastest way I can get up to speed? I can literally talk to everyone.’ So I spoke to teams. I spoke to individuals. I spoke to staff writers. I spoke to people on the audience team, people in sales, everyone.

This last-month, I’ve started doing team dinners. For my team members who are in New York, I’ll take seven to 10 of them out to dinner, get to know all of them, actually get in some face time.

At HuffPost, I do a monthly email — it’s like a roundup — just at the end of the month where I talk about what I liked, what great work that individuals are doing and really try to praise people. I also try to take time out during the month to reach out to people individually to let them know if I really liked something that they did.