‘A perfect time for someone like me to be in this role’: Maria Reeve is breaking barriers at the Houston Chronicle 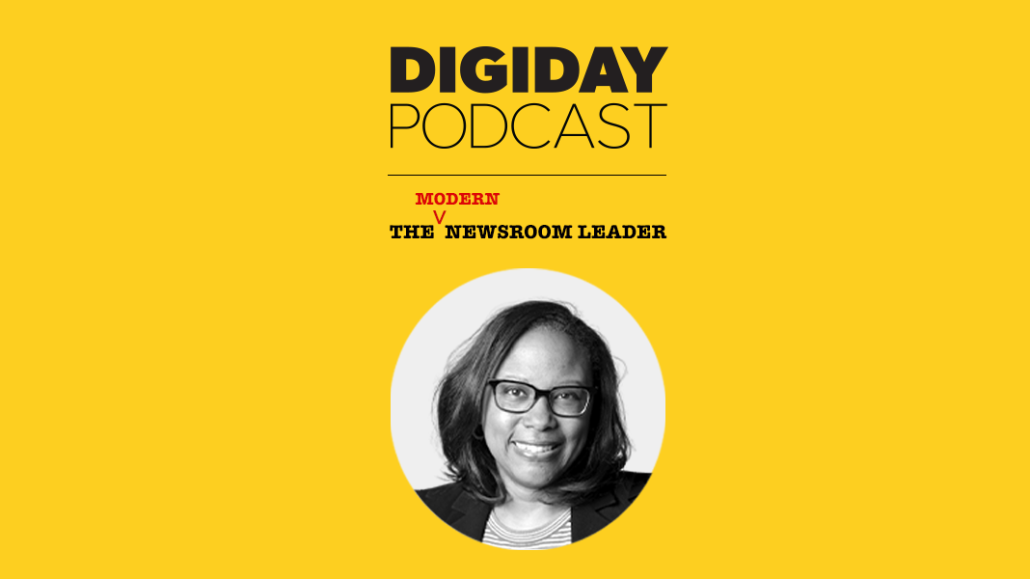 Maria Reeve didn’t set out to become the first person of color to oversee the newsroom of a major metropolis’s flagship news organization. For much of her career, the executive editor of the Houston Chronicle didn’t even have her eyes on editor roles altogether.

“I really liked the process, the work of reporting in journalism. And as I became a manager, I really liked the process of helping people do their work and discover their own goals and desires in that. And just in the last few years did I begin to think about, What would that look like for me to lead a newsroom? What would I bring to this?” Reeve said in the latest episode of the Digiday Podcast.

Among the things that Reeve is bringing to the role since being named executive editor in July 2021 is a desire to build up the Houston Chronicle’s coverage of underrepresented groups. That includes the creation of a culture desk. It also involves finding ways to support the people of color in her newsroom as well as to find ways to bring in more people who are members of underrepresented communities.

“When you say, ‘Oh, we have an executive editor who’s a person of color. What does that look like? What is different about that?’ I think what’s different about that is just the recognition that I bring — having been in this industry for 25-plus years — what I’ve seen and what I’ve experienced and how I might like to make change around those areas,” said Reeve.

This episode is the second in a four-part series for the Digiday Podcast called “The Modern Newsroom Leader,” featuring editors-in-chief as they navigate new industry challenges including staffers dealing with burnout, unsteady financial businesses and prioritizing diversity, equity and inclusion in hiring practices.

Houston is the fourth-largest metro in the country and one of the most diverse places in the nation. And so, for me to have this opportunity to lead this newsroom at times feels significant and overwhelming, but at times feels like right now is a perfect time for someone like me to be in this role in Houston.

A position of power and impact

What does this position allow me to do now? I am still wrapping my arms around what that means. Does that mean — and we have done this — that we make sure every job opening has finalists who are people of color? Does it mean that when we advertise for interns that we look locally, that we look at our [Historically Black Colleges and Universities] that are in the Houston area? Does that mean that I can decide we need to create a culture desk, which we are doing, that focuses on communities and places where we may not have been before?

I envision a desk that crosses departments, that includes features and metro and biz, where they bring their best ideas about how we can cover communities that we historically may not have or may have covered in a superficial way. I want to be sure that when people come to our website or our newspaper that they see themselves reflected in our coverage.

The pressure of being a “first”

Being a “first” brings with it its own sorts of pressures and expectations. I didn’t really come to this thinking I’m going to be the first person of color to lead the Houston Chronicle. But there it is. That is part of who I am now. And so I feel a great sense of responsibility around that. I certainly don’t want to disappoint anyone or make it harder for the next person. And also, I joke with my friends, being a first means failure is not an option at all.