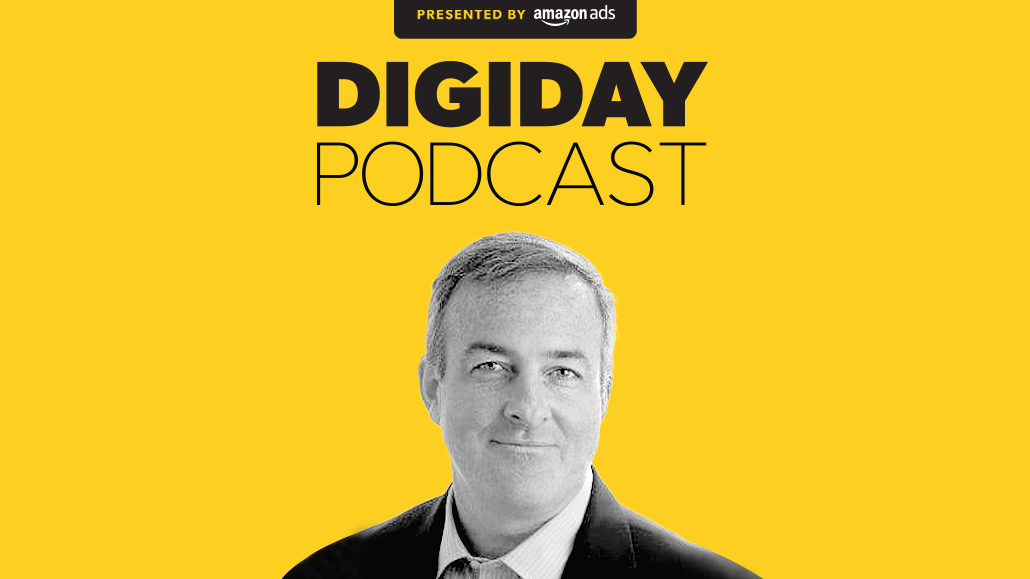 Slate has been in the podcast business for nearly two decades, but refreshed its strategy this year to increase the frequency of its most popular shows.

“Slowburn,” “Decoder Ring” and “One Year” are all narrative podcast series at Slate that will move from one season per year to two or three, to increase listenership as well as give advertisers the opportunity to advertise in those products at different points of the year. Meanwhile, some of the publisher’s weekly series will increase to a biweekly schedule to achieve the same goal of having more sellable inventory.

On the latest episode of the Digiday Podcast, Slate’s CRO and president Charlie Kammerer discussed why his team has prioritized the frequency of existing shows instead of chasing scale like other podcast networks, as well as how his team of sellers is prioritizing a specific mix of custom content ads while investing in the host-read model.

Making up about half of the company’s revenue, the podcast business is primarily advertising-dependent, although there has been a trend of podcast listeners turning into paid subscribers with Slate putting certain episodes of its most popular series behind its paywall.

One of the things that is driving our strategy [in 2022] is frequency. Our shows are bifurcated between narrative and then everything else. When we look at our narrative stuff, our biggest [show] “Slowburn,” we just launched [our seventh season on Roe v. Wade] when SCOTUS came out with their decisions. This was a little bit of a mini-season — it was only four episodes — but might there be another shorter season later in the year? Maybe. Might there be two seasons next year that are a little shorter? Probably.

We’re doing the same thing with our other two narrative shows: “Decoder Ring” and “One Year.” We’re coming in with basically three seasons of six or seven episodes, and it allows us to do a couple of things. One, create deeper engagement with our listener. So instead of them coming in and out once a year, they can come in and out two or three times a year. It’s also really important for the advertiser. [If] in a year, you do one narrative season with seven or eight episodes, if a bunch of big advertisers [are] not advertising during that time frame, you’re not going to get them to [spend]. If they don’t have something that they want to say, then [they’re] not [going to advertise]. So a frequency thing also allows us to have a lot more downloads and impressions available for when the money’s available.

[Podcast revenue] will probably get to 50% [of total revenue this year]. A lot of that depends on how the other lines are growing. We have three lines of business: digital business, audio business, and subscription business that we’re leaning into quite hard. And you know, we attribute a lot of those new subscribers to our podcasting. Depending on what kind of listener comes in, podcasting a lot of times is the number one reason they choose to be a subscriber.

When SCOTUS came out with all their decisions in the last couple of months, we had a podcast called “Amicus,” and it’s our podcast about the law, basically. That was a great time for us to lean into what was happening and so we did a lot of extra episodes of “Amicus.” We took three [of them] and made them only available to Slate+ listeners. We had the best Slate+ month in three years and a lot of that had to do with that. So it just gives you an idea of how we use audio and how we are able to monetize audio, not just for advertising, but to drive loyalty and subscription money as well.

At Slate, we’re not chasing scale. We just know we can’t win that game. It’s honestly not what we can deliver anyway. We’re all about trying to deliver an engaged, curious, educated listener. So what does that mean for us and our ad formats? For the advertisers that want to work with us this way, and that want to be creative, we want to understand their business as best we can. We leaned into host reads in a really aggressive way, we know they work with all the data out there. If anytime that you can get a host to sound authentic and intimate and personal, with somebody’s ad message, great.