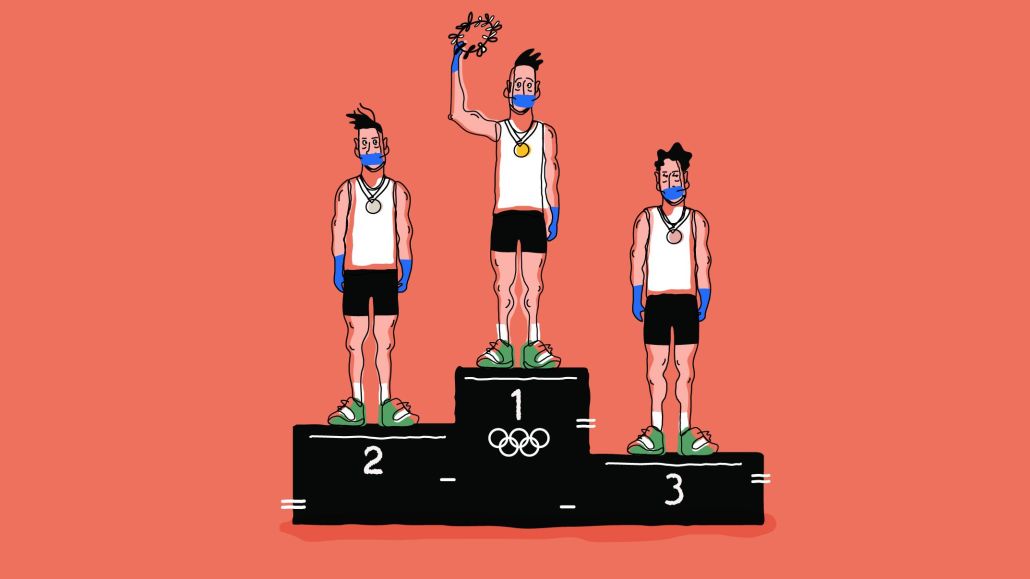 The Washington Post and USA Today are using augmented reality to spotlight the sports new to the Olympic Games in Tokyo this summer, which kicks off today.

These AR initiatives are tests to expand their emerging tech capabilities and establish a pathway to turn around similar projects faster in the future. It’s a foray into a relatively new mode of storytelling made possible only at sizable publishers that have the funding and resources to experiment.

USA Today added two AR experiences around the Olympic Games to its mobile app on July 19:

These experiences are aimed at giving audiences a “better understanding of what to watch for [during the Games], the competition format and the scoring — and have the pro athletes be the voice that helps introduce them” to these new Olympic sports, said Ray Soto, senior director of emerging tech at USA Today’s parent Gannett.

USA Today has seen some success already for this kind of storytelling: AR stories had 15 million impressions and 1.5 million views across USA Today and other local apps, Soto said.

“We are seeing more and more engagement with interactive experiences,” Soto said.

The Washington Post has three AR and experimental video series that debuted on July 20, each on a new Olympic sport: climbing, skateboarding and surfing:

The Post used motion capture for the first time to show the climbing AR experience — a strategy characterized by Elite Truong, director of strategic initiatives at The Post, as the publisher’s “take on motion capture and animation as a visual explainer.” To do this, editors created a 3D model of Raboutou from a photoshoot to show how she moves while climbing. For the skateboarding and surfing experiences, The Post used 36 GoPros to capture video that allows users to freeze the experience and take a 180-degree slow-motion view around the athlete.

For editors, it came down to storytelling.

“We could write a long paragraph on sprinting up a 50-meter wall in 10 seconds, but we try to figure out how to show that to you, in your own space, how tall 50 meters is,” Truong said. The Post declined to provide exact figures that speak to the popularity of this coverage — and the medium.

How publishers are investing in AR storytelling

Emerging tech is still a relatively new area of investment for publishers, many of which don’t have the resources to experiment, but Truong is convinced that it will “be everywhere” one day. “We will see more and more mainstream adoption,” she said.

There might be a fair amount of advertiser interest. Brands have gone from “testing out the marketplace to committing to pretty impressive investment in this space,” said Jason Steinberg, managing partner at Pretty Big Monster, a digital agency that has worked on web-based AR and VR experiences for brands like Sony Pictures.

Both publishers are working through where to offer readers these experiences. The Post’s AR coverage is now accessible by QR codes in articles, on the publisher’s app, iOS devices — and with its Olympics project — on Android phones. Previously, the experiences were exclusive to the publisher’s app which inadvertently “created a bit of the walled garden scenario” of inaccessibility, Truong said.

USA Today is adding capabilities to improve AR performance in-app. While AR experiences are only available on USA Today’s mobile apps, Soto said they are “exploring opportunities for web AR as well.”

How these publishers have structured their teams

Both publishers’ teams leading the foray into emerging technologies are made up of five people with backgrounds that range from product development to design. Neither company provided figures that speak to the amount of money they receive to experiment with new types of storytelling.

Truong said The Washington Post’s Lede Lab works on four to six large projects a year in a continuous trial and error. The team had a “big budget” for the Olympics project, which took about five months to complete, Truong said. She did not provide exact figures on what the monetary investment was, but said the team got “about a dozen smaller-scale learnings.”

USA Today has a similar goal. After the siege on the U.S. Capitol building on January 6, the emerging tech team built an AR package around the event in about eight hours. The idea is that more investigative, deeper dive stories will one day be considered premium content for USA Today subscribers, and AR projects built around breaking news will be free and accessible to all.

AR and VR experimentation should be left up to “the big guys” to gauge audience demand before other publishers jump on board, said Melissa Chowning, founder and CEO of audience development and marketing firm Twenty-First Digital. “It’s too expensive for most publishers without knowing if this is something their audiences even want,” she said, suggesting that most publishers should “let those with deeper pockets… be the early adopters.”