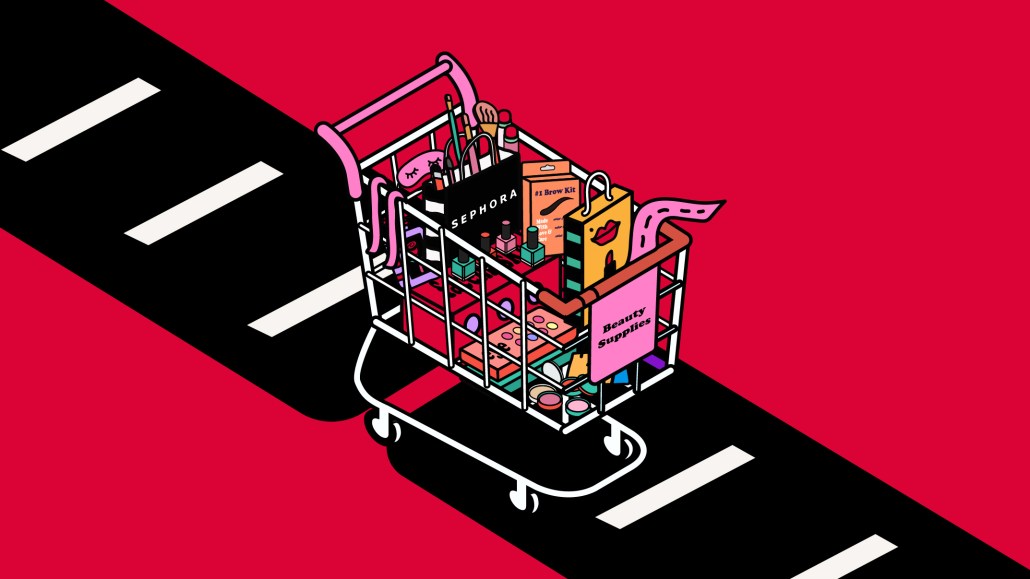 NBCUniversal is getting into the holiday shopping season early.

Yesterday, “America’s Big Deal,” a reality competition show where entrepreneurs compete for deals with retailers by trying to get viewers to buy their products while each episode airs, premiered on USA Network. Also this week, NBCU’s streaming service, Peacock, released the first of two hour-long shoppable streaming specials it will release this year, hosted by longtime Today Show correspondent Jill Martin. And one week earlier, NBC unveiled a rebooted version of NBC Select, a commerce content brand distributed through both CNBC and NBC News’s websites.

These content bets are part of a much larger investment NBCU is making in commerce, one driven, to an extent, by advertisers’ swelling interest in performance marketing and e-commerce. But they are also being built on a foundation that was poured a few years ago by a small digital team at The Today Show, which has steadily expanded into a diversified operation that publishes affiliate commerce across multiple NBC brands, operates a deals business where NBC sells items directly to its audience via native check-out, as well as a growing brand partnerships team.

As was the case for many publishers, the pandemic-driven surge in e-commerce activity was good for business; NBC’s commerce revenues are on pace to grow 80% year over year in 2021, a company spokesperson said. That growth comfortably surpasses the 50% year-over-year growth it saw in 2020; since it launched in 2017, NBC’s commerce business has had average compound annual growth of 110%, the spokesperson said. The company would not share hard numbers.

“In 2020, we were focused on two areas: streaming and commerce,” said Ashley Parrish, svp of commerce for NBC News Group. “In 2021 the focus has been on combining those.”

Even though NBC News has about a decade of experience with commerce-focused content — a recurring on-air segment called “Steals and Deals” first appeared on the Today Show in 2011 — it didn’t begin really investing in its affiliate commerce operation until 2017, when it began hiring editors.

Today, NBC News Digital’s commerce team has “around 50” full-time employees, Parrish said, with plans to add more in 2022 as it ramps up affiliate and deals content, both for its existing commerce brands and elsewhere in NBCU’s portfolio. For example, Comcast Xfinity will launch a rewards program in 2022, and Parrish’s team will be responsible for securing the exclusive offers that Xfinity will offer to customers.

It will also be trying to figure out just how much appetite there is for shoppable video content, a question both publishers and platforms are trying to answer. While NBCU News Group has been able to drive meaningful audience to its digital commerce content — its commerce content has averaged 8 million monthly visitors across properties this year, NBCU said — the numbers for streaming video have naturally been smaller. For example, its shoppable two-hour Steals and Deals special in 2020, which powered the second-best viewing day in Today All Day’s brief history, came at a moment when Peacock still had only around 11 million active users.

Part of that will require expanding its talent pool. While Shop All Day features contributions from different staffers, Martin is still effectively the only star that NBC has in its commerce content stable. Parrish is hoping to change that. “One of my main priorities, this year and next, is to build out that team of talent.”

While advertisers have figured out where affiliate and deals partnerships fit into their marketing mixes, many are still wrapping their heads around how to fit shoppable video content into what they are doing. While more advertisers are trying those formats out this year, the nature of the campaigns themselves — Volkswagen selling a car via QR code, for example — suggest that shoppable video, as both a content and advertising format, is still a bit of an experiment.

“It’s easy to think that because you’ve added a buying mechanism, that ‘sales’ is the KPI,” said John Elliott, vp and commerce director at Zenith. “To me, it’s about creating frictionless experiences where people can engage deeper and purchase if they want. But it’s much more about the deeper engagement and how that engagement means we can reengage that consumer in the future to move them down the funnel. Engagement is primary; sales is the secondary KPI.”