The Guardian’s robot newspaper comes to the U.S. 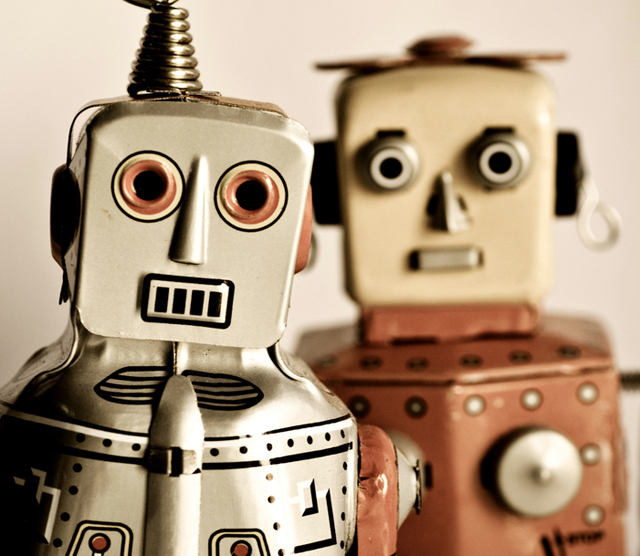 The Guardian is taking a very modern strategy and applying it to an old-school format.

The U.K. paper only has a digital presence in the U.S., but starting Wednesday, it’s going to experiment with a robot-generated print edition. The paper is to be called #Open001 and will be distributed for free every month at U.S. media and ad agency offices including Mindshare, Horizon Media and Digitas. Distribution will start with 5,000 copies.

The Guardian uses a homegrown algorithm (that’s the “robot”) that combs through the paper’s content to find the best long reads based on social media metrics like Facebook shares, tweets and comments, then feeds them into essay-style templates. They’re then beamed to a printer. For the first issue, the stories selected for the U.S. media audience included “Facebook’s Sheryl Sandberg: who are you calling bossy,” “Kurt Cobain: an icon of alienation” “Robots and sex: creepy or cool?”

On its face, the product is an overt pitch to media buyers. Carter Brokaw, evp of sales for the Guardian, uses the paper’s intro letter to highlight all that makes the Guardian special, and ends, “So sit back, leaf through and get thinking. Isn’t it time to try something different?”

But it’s also an example of the kind of experimentation the paper has become known for (and able to do, thanks to its ownership by the Scott Trust that frees it, for the most part, from commercial pressure). In addition to the Guardian-branded coffee shop, it famously adopted an open-journalism approach, inviting the public to help review public records documents. Its native ad product was built in keeping with its philosophy of open journalism, inviting readers to comment on the ad content.

For sure, the robot newspaper shows how publishers can bring efficiency to producing the news by letting a machine do what human editors used to do. An ode to the slow-news movement, the experiment also is a way of finding new life for old content, as other publishers have done with single-topic compilations of their content in print and online.

Is #Open001 a precursor to a full-fledged print edition in the U.S.? Gennady Kolker, spokesman for the Guardian in the U.S., said it’s more a way to introduce the Guardian’s content to the U.S. media community. “We’re on mobile, on tablets and online in the U.S. This is a way to get people to lean back and enjoy the long-form content,” he said. “Some of our stories are more conducive to that print feel. It’s a way to show that audience, here’s what Guardian content is.”