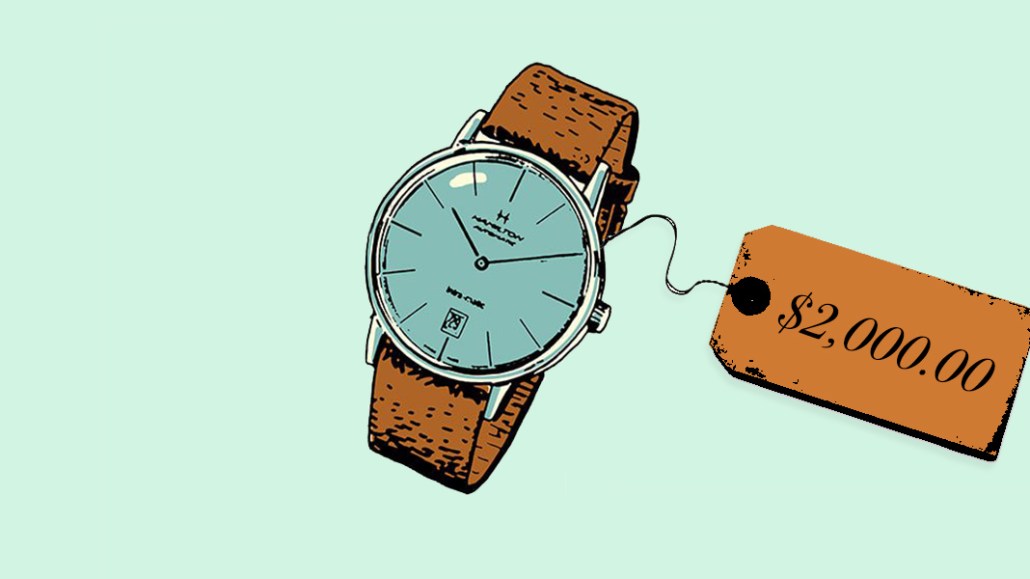 In the rush to diversify revenue streams, plenty of publishers have dropped e-commerce widgets onto their sites to drive incremental revenue. For its e-commerce push, special-interest publisher Future has overhauled its content strategy and redesigned its content platform. As a result, e-commerce revenue overtook display ad revenue on Future’s T3 tech brand for the first time last November.

Last September, T3 redesigned and restructured its site, honing its content to make e-commerce, rather than display ads, the dominant revenue model.

As a result of the changes, e-commerce revenue jumped 120 percent last December compared to the same time the previous year, according to the publisher. Now, 10 percent of the people who visit T3 make a purchase. Traffic to the site has also increased by 12 percent year over year, thanks to the changes in platform and content.

“The thesis was how do we build a site that facilitates transactions,” said Zack Sullivan, operations and marketing director at Future. “If you want to be serious about e-commerce, you need a different business model. You need different relationships with retailers; they need to tell you what is important. The KPIs, the planning, the audience research, almost everything needs to be overhauled.”

As well as creating more articles, T3 tweaked the content strategy to go broader and deeper with coverage, rather than producing multiple variations on lists and buyers’ guides. T3 focuses on gadgets and tech, but it’s moving more into men’s lifestyle and grooming, with an eye on expanding content into fashion and travel, driving bigger-ticket items for the brand. Instead of an article on the top 10 best TVs, for instance, T3’s editorial team of four people uses social and search data to write longer pieces around trending topics, such as the most interesting new technology in TVs, watching sports in style or how to perfect the best home movie night.

The team experimented with writing a higher volume of shorter, quick-hit pieces, but quickly realized that having commercial features like e-commerce widgets and display ads required more room on the page. Instead, the team settled on fewer, longer pieces that could hold more ad units.

Each article published on T3 has an e-commerce element. The publisher has an e-commerce “widget bible” outlining the different e-commerce integrations the new site allows, including buy buttons in different placements on the page. Sullivan and his team are working on understanding which placements drive the highest conversion-to-purchase rates. During busy shopping periods like Black Friday and December, buyers’ guides convert more, as people are making either-or decisions. During other periods, more specific-interest pieces perform better.

Future is no stranger to e-commerce business models: The publisher has some 50 brands across music, gaming and photography, and it has invested in its own e-commerce platform, Hawk, which it can easily customize to suit its needs. In the first half of 2017, Future generated £6 million ($8.5 million) in e-commerce revenue, accounting for 15 percent of its total revenue, according to its financial review.

Building the new e-commerce platform increased the number of native e-commerce units, while cutting several display ad units and replacing them with different formats like lazy-load ads, which load only when in view and speed up page performance. This increased viewability from 65 percent to above 80 percent, according to the publisher.

December always leads to a spike in bid activity on the open auction, as retailers with large budgets looking for tech enthusiasts funnel more ad spend into programmatic exchanges and are willing to pay a premium, added Sullivan. On some of T3’s ad units, the eCPM increased by 80 percent because of the increase in demand and viewability.

“There’s this existential angst in the industry that if you increase viewability and decrease the number of units, can you still increase yield?” said Sullivan. “But there are still gains to be made.”

Despite the unexpected growth in display revenue, future growth for T3 will come from e-commerce revenue, due to limits on how much more viewability can improve and how much more ad demand can grow.

“We’re not a shop that does content; we’re a content site that facilitates shopping,” he said. “The new site gives a much more effective retail experience, without being crushed with commercial units.”