After folding in print, Self’s 8 million Snapchat users are more than on its website 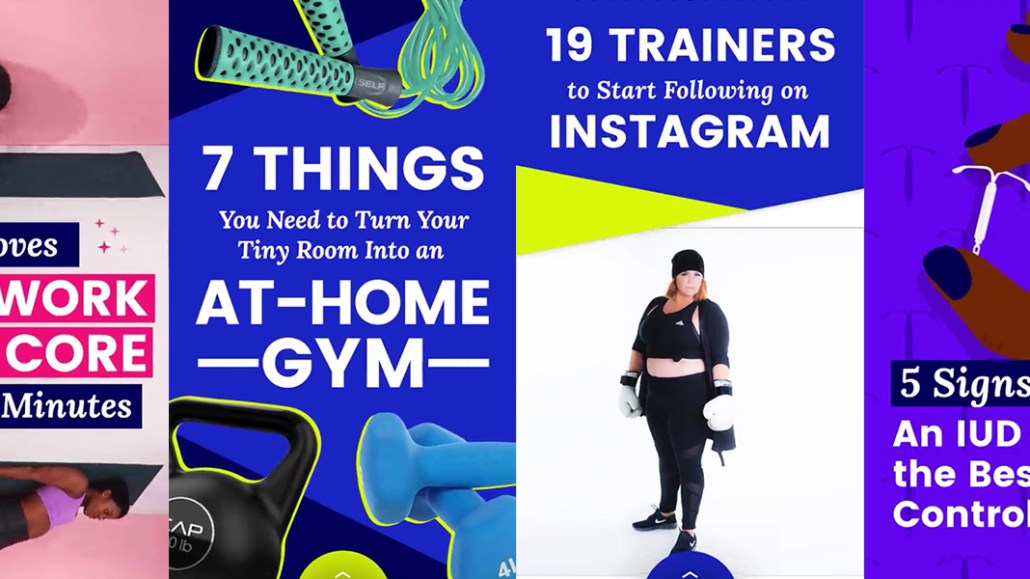 Fitness magazine Self folded its print edition at the end of 2016 as part of a consolidation of Condé Nast’s magazines. But since then, editor-in-chief Carolyn Kylstra has found new life (and younger readers) for the brand on Snapchat.

Self launched in May on Snapchat’s Discover section for publishers with a weekly frequency, which increased to three times a week in July. Self now reaches 8 million unique users a month on Snapchat, making it Self’s biggest platform, followed by its website, which had 6 million uniques in December, according to comScore.

From an engagement and loyalty perspective, Self is performing well, according to Snapchat parent Snap. Its audience has grown steadily since May, and the percentage of its audience that returns to its Discover Stories at least three times a week is more than 50 percent.

That loyalty is notable. Snapchat has moved to make Discover more of a video destination, which can make it hard for text-based publishers like Self to compete. “Video provides more value for ads and keeps people inside the platform longer,” said Nick Cicero, CEO of Delmondo, which provides Snapchat analytics to Discover publishers. “It might be harder for a text-based publisher to break out. But the audience is so young, just to be on there is advertising for a lot of publishers.”

Founded in 1979, Self has carved out a name with women in their 20s, 30s and 40s as a positive, inclusive fitness brand, but it wasn’t as well-known to Snapchat’s teen and college-age audience. On Snapchat, Self avoids topics that are risky or irrelevant to teens, like weight loss and child rearing, but the subject matter is essentially the same as Self.com’s.

“When it comes to health and wellness, everyone cares about feeling better, no matter how old they are,” Kylstra said.

There’s not a publisher out there that’s not thinking about how to diversify their traffic sources, especially in the wake of Facebook deprioritizing news in its news feed. Self was already moving in that direction, cutting its daily story output in half last year to 10, to focus on longer, more differentiated stories; and increasing traffic from its newsletters, search and Instagram. Snapchat doesn’t let publishers link to their sites from their Discover editions, but Self still considers it a good way to build its brand with a new audience.

Publishers have their own issues with Snapchat, with some saying it’s hard to make money there, but the app has been cozying up to publishers lately, building a partnership team to serve them and planning a publisher summit.

Condé Nast said it wouldn’t discuss the details of its partnership with Snapchat, but it said that as a standalone channel, Snapchat is profitable for Self. Kylstra said she’s not super concerned about converting Snapchat users to Self.com. Self has three people dedicated full time to the Discover edition, supplemented by freelancers, which is smaller than many publishers’ Snapchat teams, and Self’s team often repurposes Snapchat content for Instagram and Self’s own site.

“My biggest focus is to establish the brand as a trusted resource in wellness,” said Kylstra. “The broader goal is to build brand affiliation and create really loyal audiences who, when they see [our products] at Target or Bed Bath & Beyond or go to one of our running clubs, they’ll be excited about us because they know us.”