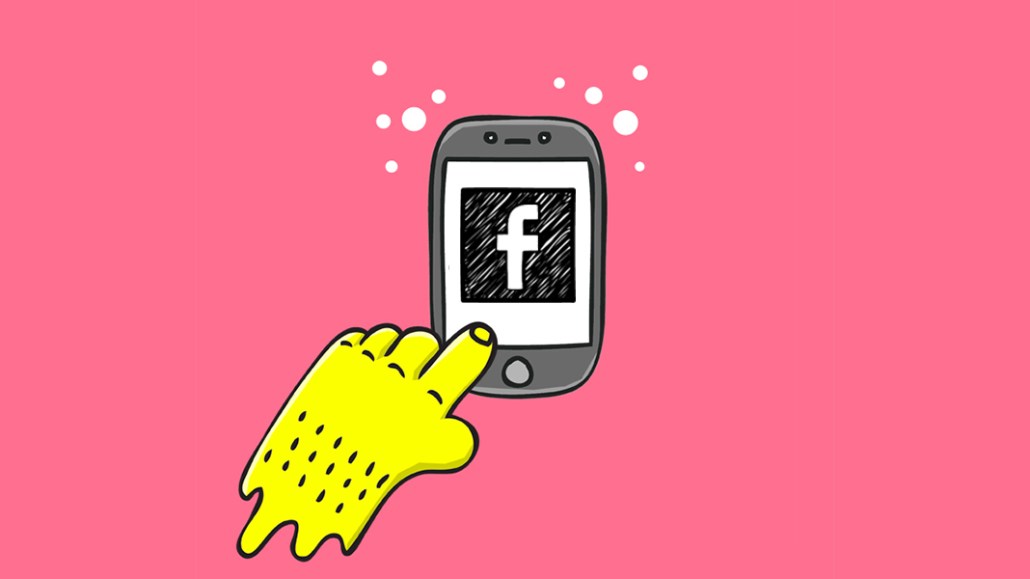 Facebook is trying to drum up early support among advertisers for its push into augmented reality.

The recruitment pitch started three months ago, when a group of 30 advertisers and agencies, including Nike, StudioCanal and TSB, were given access to a closed beta program to create AR campaigns. Now, around 700 developers for advertisers and agencies, including British retailer John Lewis and digital production agency Stink Studios, are creating interactive photo and video effects for the new Facebook camera feature. Other agencies like Possible, We Are Social and Ralph are waiting to use the feature, as it seems Facebook is being selective about which partners it involves early on.

Agency executives who have seen the social network’s pitch say it is more interested in winning over partners that can do something innovative to generate public interest in the feature than it is in convincing its biggest media buyers. For example, the much-hyped John Lewis Christmas ad was viewed as a key opportunity to get as many people as possible to use the camera, which in itself is a step change in how people use the app. Rather than upload pictures to Facebook’s app, people must take pictures from it to use the AR feature, which in the case of John Lewis lets them take their own monster selfie resembling the ad’s cuddly monster character.

If AR is to become as big for Facebook as mobile and video have been, then it needs more examples like John Lewis in the early stages, said Matt Payne, head of creative technology and innovation at We Are Social. For Facebook, the key is in the implementation, added Charles Crotty, digital strategy lead for Publicis Media’s Spark Foundry. The social network has the user base, but Snapchat is more established in AR.

For advertisers who have early access to Facebook’s AR tools, the social network is offering developer support, even providing a private Facebook page where developers who have beta access can share what they’ve learned with one another. One source, who spoke to Digiday on the condition of anonymity, said they were surprised when Facebook appeared at their offices in the U.S. unannounced with a filter it had developed for the company.

“[Facebook] offered us a filter for an event we had in the summer, which didn’t have great exposure but was an interesting test,” said this person. “We’ve got access to the developer kit now and will be making our own.”

Facebook also sent a developer to StudioCanal’s headquarters two months ago to help the movie producer and its team of Havas agencies produce a filter for this week’s release of “Paddington 2.”

The filter places the Paddington Bear character’s signature red hat and blue coat on the user, which they can then share. Two days after it launched, the filter had been used over 26,000 times, said Jamie McHale, the digital marketing manager at StudioCanal. That number is as much as McHale and his team know about how the filter is being used, as Facebook has limited the metrics it shares with them. However, Facebook has assured McHale this will change over time.

“The reason I decided to do it [the AR campaign] with Facebook was the pure reach and scale of its platform,” McHale said. “It absolutely dwarfs Snapchat.”

That StudioCanal is already ready to back Facebook’s AR push over Snapchat’s more established AR offering is a testament to the work Facebook has done with brands directly. McHale said Facebook first floated the idea of an AR feature to him a year ago, months before founder Mark Zuckerberg revealed the tools for developers to build AR experiences in the Facebook app in April. Agencies, however, aren’t threatened by Facebook going directly to their clients, as it has asked to be kept updated on the brands already being pitched AR campaigns to avoid doubling up.

To date, anecdotal evidence on the performance of AR campaigns has been mixed. Advertisers and their agencies accept that AR on Facebook is more trial and error now than it is delivering real return. Most of the ad executives Digiday spoke to agreed it is too early to compare the performance of Facebook’s AR proposition to that of Snapchat’s. Facebook’s AR camera doesn’t have enough awareness yet, argued Melissa Ditson, executive creative director at 360i Europe, which developed an AR filter for TSB’s sponsorship of the Pride of Britain Awards. “We’re really pleased with what we’ve seen for the Pride of Britain filter so far,” she said.

Other marketers aren’t so quick to buy into the hype around Facebook’s AR ads just yet. Executives at King, Essence and DigitasLBi recently told Business Insider that Snapchat is way ahead of its rivals in the AR race. Tom Winbow, the strategy director at Ralph, said what he has seen of Facebook’s AR features has left him “cold”; Facebook is an “incredibly cost-effective” way to get both mass reach and engagement, but it’s “just not very fun.” Snapchat is where users naturally live through a lens and, therefore, is “still the most fun place for AR” when it comes to social experiences, Winbow said.

The biggest difference so far between Facebook’s AR pitch and Snapchat’s is that the latter is essentially a closed ecosystem. Brands and agencies mainly rely on Snapchat’s developers to build lenses and filters, whereas Facebook’s platform is open, albeit to a select group currently. Being hands-on might allow Snapchat to control the quality of AR activations, which could lead it to price itself out of the reach of most advertisers. There’s no fee attached to developing AR campaigns on Facebook beyond the advertiser’s or agency’s labor costs. On Snapchat, an ad agency would have to pass Snapchat’s development costs on to the client.